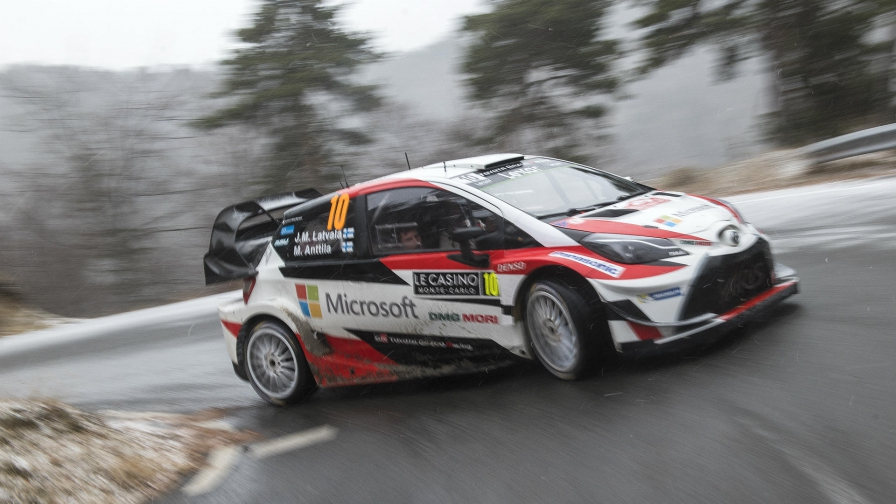 Upgrades to its Yaris World Rally Car has left Toyota Gazoo Racing boss Tommi Mäkinen optimistic his squad can continue its promising start to the season at the WRC’s first all-asphalt round in Corsica next week.

A four-day test on the Mediterranean island ahead of the Che Guevara Energy Drink Tour de Corse (6 – 9 April), round four of the series, has buoyed the Finnish team and all eyes will be on the new Yaris to see what its sealed-surface pace is like.

Toyota has surprised many on its WRC return after a 17-year absence. Jari-Matti Latvala lies second in the drivers’ points after winning in Sweden and finishing second in Monte-Carlo and the team occupies an identical position in the manufacturers’ standings.

“We had a very good test, introducing more new elements to the car, and from what we can see so far our performance on asphalt seems quite promising,” four-time world champion Mäkinen said.

“There are a lot of positive things I can see heading into this rally. Jari-Matti likes the event and is in a very good mood, so when drivers are in this frame of mind it means they can perform well.

“He is second on the road but in Corsica that should not be a problem, as there is very little corner-cutting so road conditions should be good for him.”

Latvala, who won in Corsica in 2015 with Volkswagen, believes he has a much better feeling in the Yaris than when he spectacularly guided the car to second at Monte-Carlo in January.

He said: “We had a very good test, completing 380km over two days, with one day on narrow and bumpy roads and the second day on fast and abrasive roads.

“On the rally we will have both, so I think we found a good set-up between those two conditions, trying a few different damper settings. We already have an idea about the potential of the car on asphalt after Monte-Carlo, and my feeling with the car now is much better than it was after the test for Monte.”

Juho Hänninen has recovered from the illness which hampered him at Rally Guanajuato Mexico earlier this month and also tested for two days.