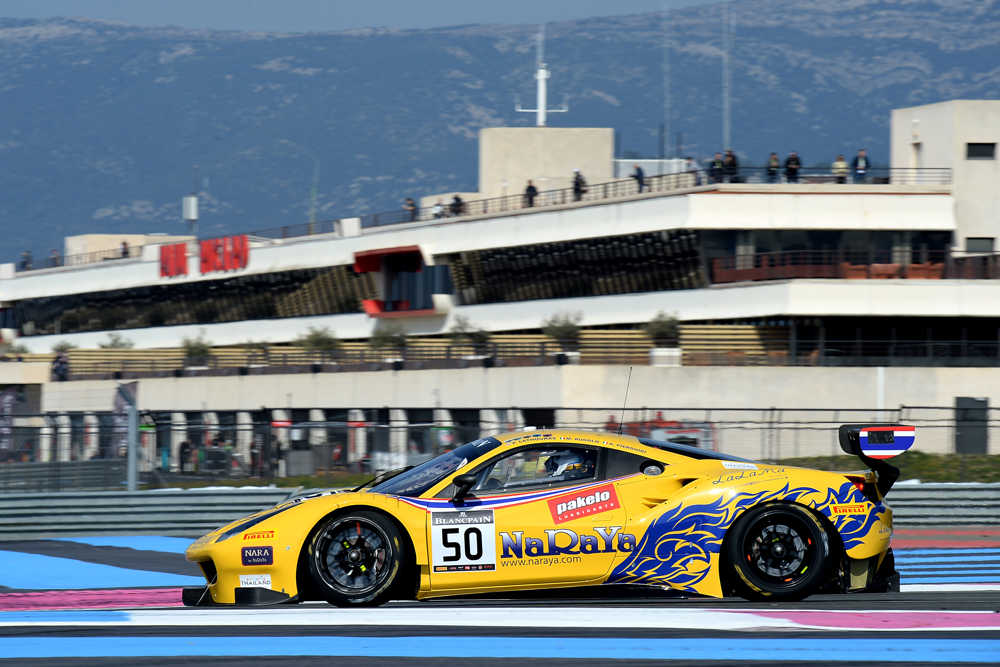 The start of the 2017 Blancpain Endurance Cup is approaching and the season promises to be one of the most competitive ever. The Blancpain GT championship rankings combine the results of two sub-rankings, the Sprint Cup, starting this weekend at Misano, and Endurance Cup, kicking off on Aprile 23 at Monza, which also award the respective “discipline” cups, borrowing a term from Alpine skiing.

Five races. Both the Sprint Cup and the Endurance Cup have a five-race calendar. The Endurance Cup is the most prestigious with legendary races like the 24 Hours of Spa-Francorchamps and the races at Monza, Silverstone and the Paul Ricard plus the Grand Finale in Barcelona. The official Ferrari drivers will compete in two different classes: the Pro Cup, the main division which is for professionals only, and the Pro-Am Cup which is for mixed crews of professional and amateur drivers qualified by the FIA at Silver or Bronze level. The Am Cup is also for these categories, crewed only by Silver or Bronze drivers.


Seven drivers in five cars. Five official Prancing Horse drivers will compete in the Pro class: Giancarlo Fisichella and James Calado will pair with Marco Cioci in the 488 GT3 of Kaspersky Motorsport team. Davide Rigon will be in the same category, teaming up with Miguel Molina, the latest add to the official field of Prancing Horse drivers, and Victor Shaytar, winner at Le Mans in 2015, in the car of SMP Racing team. Alessandro Pier Guidi will be among the pro drivers too, teaming up with the new the Asian Le Mans Series champion, Michele Rugolo, and Thailand’s Pasin Lathouras.

Pro-Am Cup. Two other official Ferrari drivers will race in the Pro-Am Cup class: Andrea Bertolini, the king of endurance competitions, will team up with Louis Machiels and Niek Homemrson in a 488 GT3 of AF Corse thereby reforming the 2013 team, while Olivier Beretta, another legend of GT racing, will be the teammate of Italy’s Lorenzo Bontempelli and Japan’s Motoaki Ishikawa. The three already competed together in several races last season.