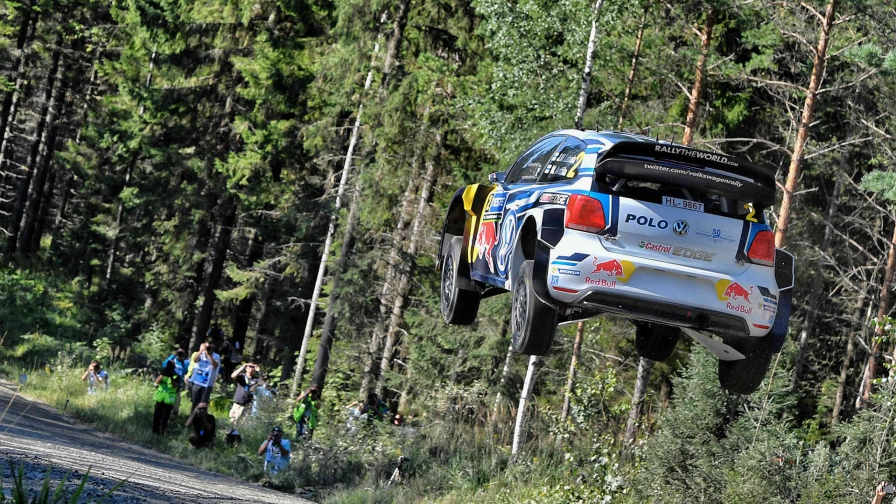 Classic high-speed special stages have been mixed with fresh ideas in an action-packed schedule for Neste Rally Finland (27 – 30 July) which was revealed in Helsinki this afternoon (Thursday).

The famous Ouninpohja speed test returns in its normal direction, while other greats such as Laukaa and Lankamaa are back in the itinerary for the four-day event, round nine of the FIA World Rally Championship.

Twenty-five stages covering almost 316km are packed into the route, 12 of which comprise a marathon Friday, and assistant clerk of the course Kari Nuutinen said variety was a driving factor in planning the event.

“As we all know very well, the amount of gravel roads in central Finland is not increasing and there are a great number of other things we must also take into consideration when planning the route,” he said.

“However, we do want to renew the route each year, so that the drivers, spectators and media can get more out of the rally. This year’s route is a compact package that features a wide selection of different types of Finnish rally roads.”

The event, one of the WRC’s jewels in the crown, begins in customary manner with the asphalt Harju street stage in rally base Jyväskylä on Thursday night.

It switches to gravel on Friday morning. A quickfire double loop of three stages west of the town, including the massive jump in Urria, is followed by five more tests to the north before the leg ends with a repeat of Harju.

On Saturday fans will enjoy the same wide roads and big jumps of the Jämsä region that were driven in 2016. Ouninpohja, Päijälä and Pihlajakoski will run in the opposite direction, the former finishing just after the spectacular hairpin in the Kakaristo fields. Saalahti will follow the same route and all will be tackled twice.

“I believe Saturday will again be the decisive day in the competition. The stages are fantastic, high-speed roads of the southern part of central Finland and the times will vary greatly. These stages also provide wonderful TV images of the nostalgic Rally Finland scenery,” added Nuutinen.

Sunday’s finale is unchanged, featuring two loops of Lempää and Oittila. The second pass through Oittila forming the live TV Power Stage, with bonus points for the fastest five competitors.

tags: 2017 WRC
previous Bringing in the new WEC season with a smile
next Germany rings the changes