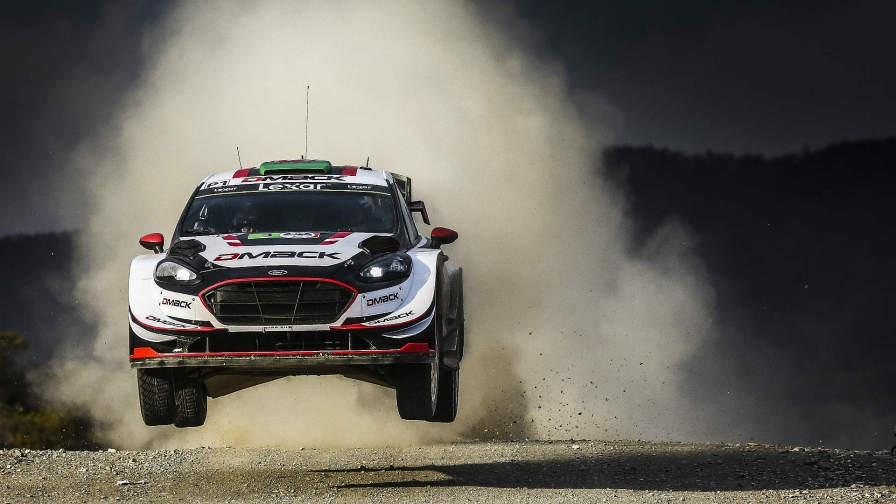 Elfyn Evans believes his DMACK team should be pleased with the “massive progression” shown at Rally Guanajuato Mexico – even after a time penalty sent him plunging down the standings.

The Welshman’s rally got off to a dreadful start when the engine in his Ford Fiesta WRC expired after the Shakedown test. For fitting a fresh engine, he was handed a five-minute penalty and dropped to last place before the rally had even started.

But Evans fought back on the first full day of competition. He finished second on three stages and scored his first gravel stage win of the season. He added two more stage victories the following day – despite a disadvantageous position in the running order – and went on to finish the rally in ninth place.

“It was tough to start with the penalty and the short first day pretty much guaranteed us a place first on the road for the rest of the weekend – which made things very, very difficult,” Evans told wrc.com.

“But at points we showed good speed and the team has shown massive progression with the new gravel tyres. When you consider where we were 12 months ago, top-two times are really, really good and everybody can be pleased with the work they’ve done.”

After two sixth-place finishes at the earlier rounds in Monte-Carlo and Sweden, Evans is optimistic that he will soon get the results he feels he deserves.

“So far there have been positives from every round but luck hasn’t gone our way. We’ve been hampered one way or another on all three. It’s difficult not to get the results when I feel we’ve done a good job behind the wheel but I’m sure we can turn this around very soon,” he said.