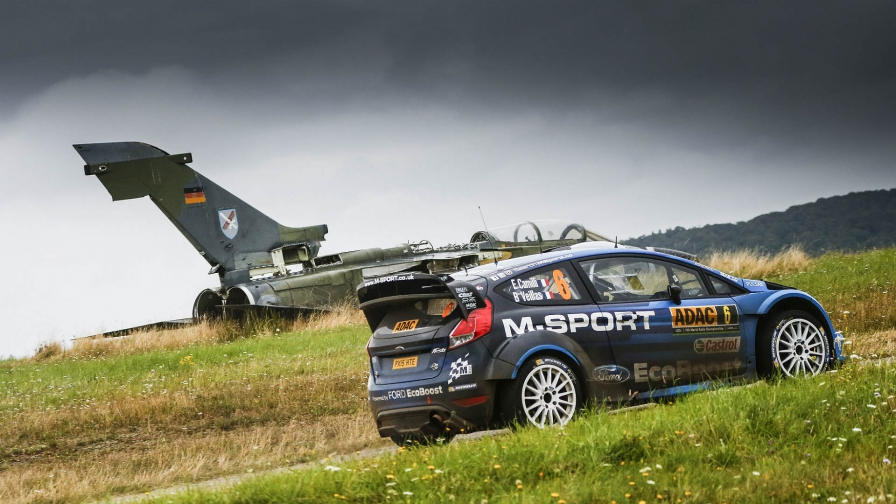 This year’s ADAC Rallye Deutschland will feature a host of changes including a new base, new stages, a new city centre super special and the return of the service hub that last hosted the event in 2006.

Organisers have revealed a 21-stage itinerary for the all-asphalt event, the tenth round of the 2017 season, which will be held from 17 to 20 August.

The biggest change is the switch of the rally’s service base from Trier, close to the border with Luxembourg, to Bostalsee, 61km away in the heart of the northern Saarland region.

The location has been chosen to offer spectators and competitors easier access to the stages. Rally headquarters also moves to a new location in Bosen, close to Bostalsee.

The rally will start in the evening of Thursday 17 August from Tbilisser Platz in Saarbrücken city centre. The competitive action will begin straight after the start ceremony, with a brand-new super special on the streets of Saarbrücken.

Like before, the vineyards of the Moselle region are a key component of Friday’s action. The day includes the Mittelmosel and Grafschaft stages, both run twice, and also three passes through a new spectator-friendly sprint stage called Wadern-Weiskirchen.

Saturday takes competitors back to the gruelling Panzerplatte tank training grounds at Baumholder, [pictured above]  which host the majority of the day’s nine stages. The 3km Arena Panzerplatte will run three times, in an itinerary that also includes two passes of the marathon Panzerplatte, as well as the established Freisen-Westrich and the debut of a new stage called Römerstraße.

Sunday features two stages, both of which are run twice and one of which is brand new. The day starts with the new Losheim am See, which takes crews into the Dreiländereck region. The second stage in the loop is St. Wendeler Land, which finishes in the Service Park at Bostalsee. The second pass of this stage counts as the rally-closing Live TV Power Stage.