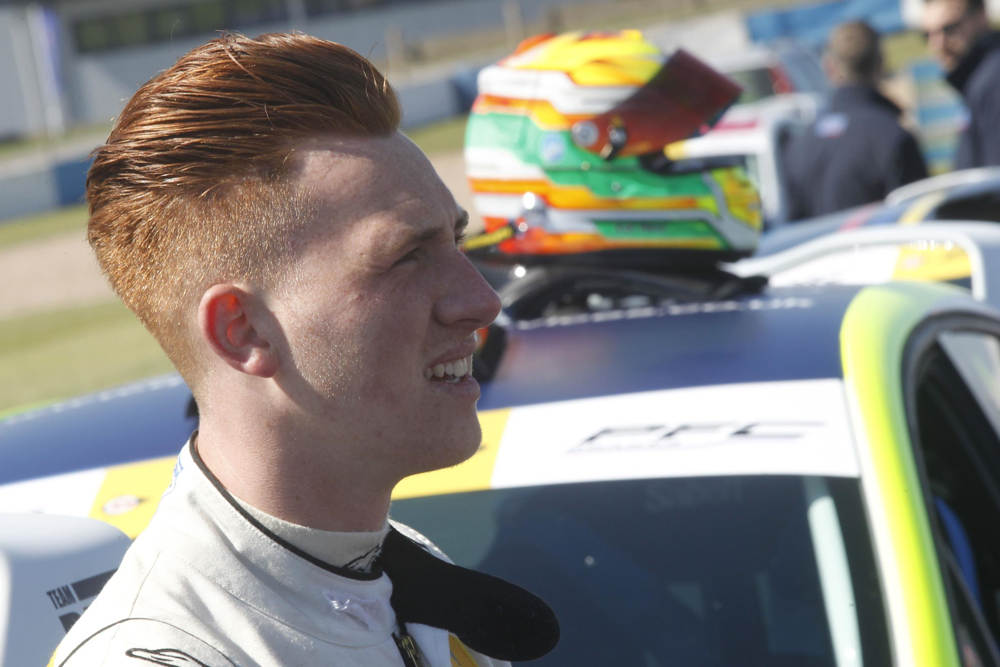 Just days before the start of the new season Ash Hand (Nuneaton) has announced a dramatic return to the Renault UK Clio Cup in 2017 in a bid to win the title that he agonisingly missed out on two years ago.

Hand has signed for Team Pyro with which he achieved an unrivalled seven race victories in 2015 when he became embroiled in a ferocious title fight with team-mate Ashley Sutton and Ant Whorton-Eales.

Indeed Hand comfortably led the standings entering the final event of the year at Brands Hatch only to see the title go the way of Sutton in the very last round.

It will be at Brands Hatch’s short Indy circuit that this year’s UK Clio Cup gets under way this weekend (Sat 1/Sun 2 April) with its opening two races of 2017. All 18 races on the UK Clio Cup calendar will take place at the British Touring Car Championship’s high-profile events – meaning huge trackside crowds as well as live television coverage on ITV4 for its teams, drivers and sponsors.

Hand, with backing from R-Tech Welding, commented: “I see no reason why I can’t turn up at Brands this weekend and do some winning. I’ve been training on the iZone simulator and am just as sharp as I was in 2015.

“Sure there’s the new Michelin tyre to get used to but by the time we finish the two official test sessions on Friday I expect to be getting on with the car just as well as I always did.

“In my mind I should have been Champion in 2015 – that’s history now but make no mistake; I am coming back to win the title. I know what needs doing.”

Mark Hunt, Team Principal of the Leicester-based Pyro outfit, said: “Ash’s deal might be very late in the day but it is a great coup for us to have him back on board – particularly as we also have the 2014 Champion Mike Bushell racing for us. No doubt we are in for a very competitive rivalry between team-mates but it is something we have become used to at Pyro over the years!”

Will Fewkes, Renault Sport’s UK Motorsport Championship Manager, added: “This is yet more very exciting news for the UK Clio Cup which is already heading into the new season on the crest of a wave with what many consider to be its most competitive grid in history. After his sensational form in 2015 I expect Ash will be in the thick of it right from the off at Brands Hatch this weekend.”