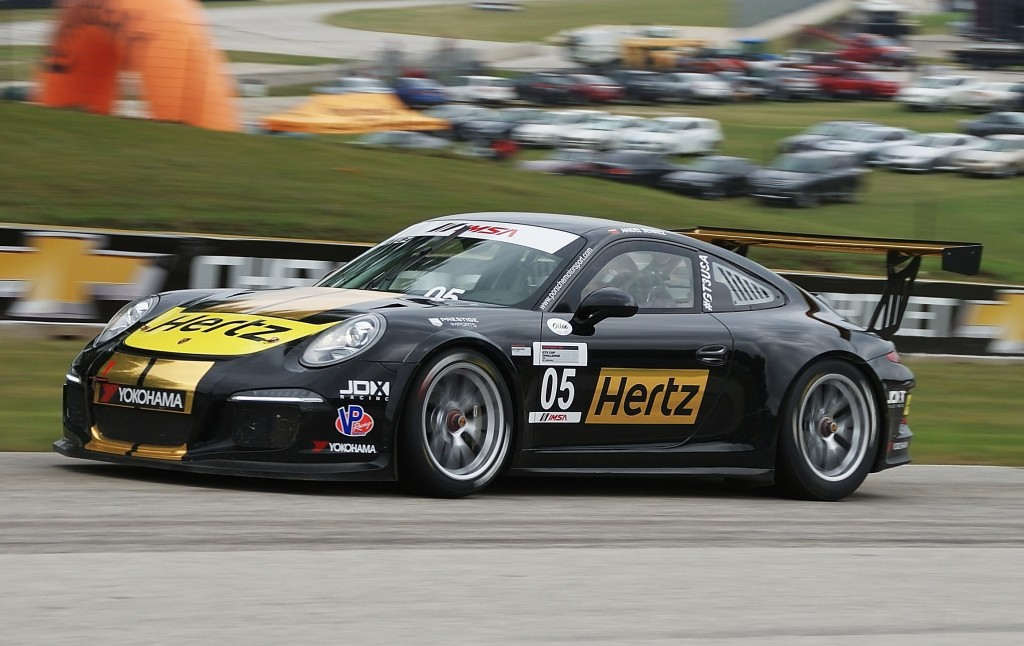 “I have never been on such an emotional racing roller coaster than this past week. Having to learn to drive a new car, learn a new track and comparing myself against a field of drivers I haven’t raced against was exhausting. I was physically and mentally drained at the the end of every day.”

“Race one was incredibly nerve-racking, I was clenching my jaw so hard for most of the race, I could barely smile when I stood on the podium for the first time. In the second race, I was able to relax a bit and focus on the job I had to do. Thankfully for me, my competition made some costly mistakes that I was able to use to gain track position and it paid off with another podium finish.”

“This was an amazing weekend and I’m so thankful to my parents, Hertz and everyone at JDX Racing for all their work on support in helping me through my first sports car weekend. I’m incredibly excited for the season ahead.”

“Our entire team is at a loss for words…Trenton did such an impressive job in his debut weekend driving the JDX Racing/Hertz Porsche. To say he exceeded our expectations would be a huge understatement and we could not be happier with his performance and the results. It’s obvious there’s a very high level of talent in GT3 Cup this year – so that makes his performance even more remarkable, but we also know we have plenty of work to do and we’re just getting started. The 2017 season is clearly going to be very competitive and I’m very pleased with how we’ve come out of the gate.”