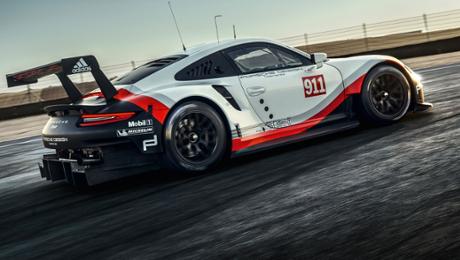 After a year of development in 2016, the 2015 FIA WEC title winners return with a works entry to the world’s most important GT competition. The 911 RSR with the starting number 91 can be recognised by the red Porsche lettering on a black windscreen banner and on the rear wing as well as red wing mirrors. The vehicle is driven by the 2015 WEC Champion Richard Lietz (Austria) as well as Frédéric Makowiecki (France). Tackling the series in the number 92 vehicle are Michael Christensen (Denmark) and Kévin Estre (France). In contrast to the sister car, their 911 RSR features a white background on the windscreen and the rear wing as well as white wing mirrors.

Both 911 RSR, which were designed from scratch for the 2017 season featuring a four-litre flat-six engine mounted in front of the rear axle, will take part in the official WEC Prologue tests on 1-2 April in Monza. Silverstone (Great Britain) hosts the first race of the season on 16 April.