Jamie Whincup on the Bathurst 12-Hour 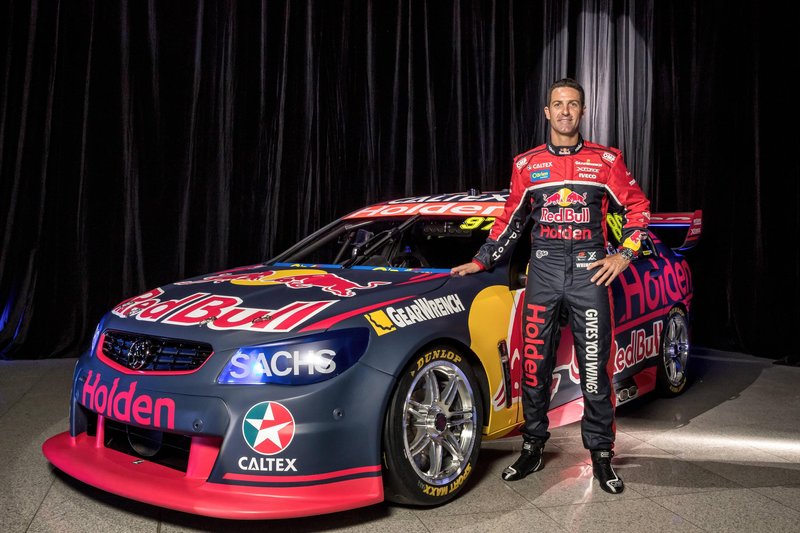 Six Supercars titles, 104 race wins, four Bathurst 1000 victories – there’s not too many boxes that are unchecked on Jamie Whincup’s to-do list, but the 33-year-old will get to tick one of them this weekend when he competes at the Bathurst 12-Hour for the first time.

J-Dub will step out for Maranello Motorsport in a sparkling Ferrari 488 GT3 to tackle The Mountain this weekend alongside Triple Eight stablemate Craig Lowndes and Finnish Ferrari GT gun Toni Vilander as he gets his sportscar feet wet. There’s not too much about the famous Mount Panorama track Whincup doesn’t know, but lapping it at speed in a left-hand drive Ferrari with masses of downforce in an endurance setting is a different challenge altogether – and one he’s pumped for.

Before J-Dub journeyed from his Queensland base to Bathurst, he interrupted his packing for a quick chat.

First things first – it’s not a long off-season for you Supercars guys given the last race of 2016 was at Sydney Olympic Park in December – how much of the off-season is about recovering from the year that was, or is it all about the year ahead?
The off-season goes quickly, that’s for sure. I had three weeks off to get away from motorsport and chill out a bit. You need to get away from everything when the season is as long as it is, but I never felt looking back at last season that it was the one that got away. There was no feeling of disappointment or anything like that – ’16 was a great year. There was a lot going on both on and off the track. OK, I didn’t quite get the grand prize, but thankfully it stayed in-house at Red Bull Racing.


You’re finally making your Bathurst 12-Hour debut this weekend – we’re guessing this is a race you’ve wanted to do for a while? Why has it taken so long to come about?
I’m someone who is very particular with things, so the opportunity needed to be right from a safety and performance point of view. I felt like Maranello Motorsport was that right opportunity, and Triple Eight are involved this weekend too. Those two things combined made it, for me, a good opportunity to jump in and get a taste of sportscar racing and see if I enjoy it.

A lot of the Supercars guys are doing this event now, and now Supercars itself has bought the naming rights for the event, so it’s become a Supercars event. They’ll pump it up and we should get a good crowd in, so it should be fun.

You’ve obviously had a lot of success at Bathurst, but it would have been a while since you drove anything other than a Supercar there…
Yeah, a Formula Ford back in 2000 – 17 years ago! That was the last time I raced anything around there that wasn’t a Supercar.

Which means there’s a lot of adjustments ahead of you this weekend – left-hand drive, a turbo GT car, extra downforce – what do you anticipate being the biggest one?
Being on the left-hand side of the car, yeah, it’s hard work. That whole Supercar rhythm that your brain is trained to do, where you have to be close and don’t have to be close to walls, it’s all completely different. And the downforce – a Supercar has some sort of downforce, but this has got 2,000 kilos of downforce, compared to 160-200kg maybe in a Supercar. Learning and understanding the aero side of things is a big challenge, just like left-hand drive is.


There’s probably 20 things the Ferrari does that are different to a Supercar. One small example: in a Supercar, in the pit lane, you hold seven per cent throttle. In the Ferrari, it’s 100 percent. My brain automatically goes to holding the throttle at a lower percentage coming into the pit lane, so I’ll need to train myself to hold that thing flat-out in the pit lane pretty quickly! Simple little things like that, where buttons are on the steering wheel, they’re all minor things, but they’re all race-stoppers if you do them wrong.

Down the hill at Bathurst – I’ve had a few mates who have come from Supercars all their lives into driving a left-hand drive sportscar, and they’ve warned me on a few things, in particular the little kink before The Dipper. It’s very easy to smack the wall there, because you’re so used to being on the wall there in a right-hand drive car. All those little things are going to take me some time.

You’re back together with your old mate Lowndesy this weekend too – you two haven’t shared a car since 2009 in Supercars, so that’ll be something to look forward to?
Yeah, definitely – it’s been a long while since we teamed up. We had some very good races together back then, so it’ll be good to be back with the ‘old’ boy this weekend.

He’ll be claiming a title defence is up for grabs too after he won the Bathurst 12-Hour in 2014 but had to miss the last two years with Supercars commitments or injury.
Good call, he’ll bring that up for sure. It was in a Ferrari too when he won there in ’14. No pressure!

For you, what are you hoping to get out of the weekend? Those competitive instincts will kick in pretty quickly.
I’m sure they will, but I won’t be disappointed if I’m not the absolute pacemaker, and that’s not something I’ll say too often. I’m there to experience GT racing, hopefully enjoy it and see if it’s something I want to do more of in the future, basically. If we get a good result as well, then that’s a real bonus. Really looking forward to giving it a crack.