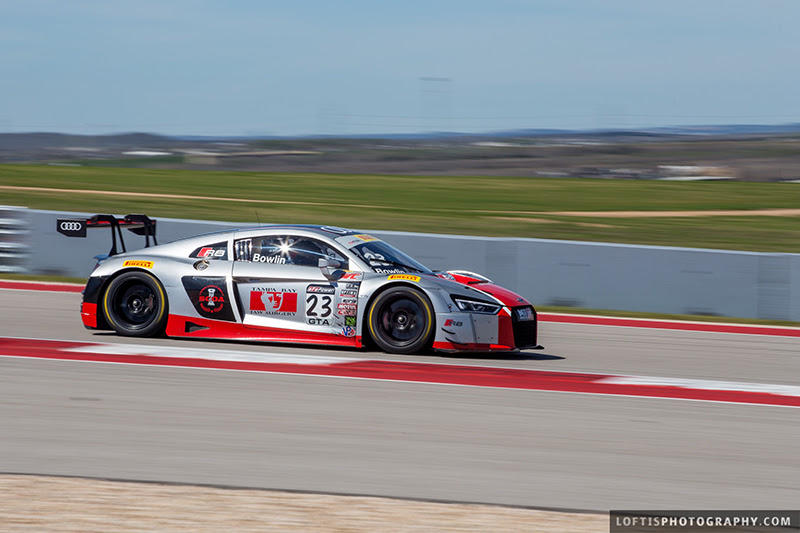 “We are pumped to have a pair of Audi R8’s at CTMP and a strong four driver lineup,” explained M1 GT Racing’s Technical Director Remi Lanteigne. “Walt and Guy will compete in our 2016 Audi R8 LMS while David and Dion will produce a strong driver lineup in the 2012 Audi R8 LMS Ultra. Both duos will compete in the PWC Sprint-X program and we can’t wait to hit the legendary track at Mosport, now renamed Canadian Tire Motorsport Park.”


Ostella enters the event with major support from Global Precast, JND Erectors and Skyrider Equipment as he looks towards the top step of the podium in his hometown event. Also receiving support from Britt Con, Canadian Crane, DuRock Alfaracing International, Nutrend, AGMN Network Inc., Masters Insurance, AVC Consulting and Connolly Marble and Granite, Ostella’s following at the Canadian event will be plentiful.

“I am really excited to join M1 GT Racing as I have worked with some of the crew in the past. Remi was my engineer in Indy lights and Walt was a teammate back in my second and third year of racing when I was in Star Mazda. Knowing them makes it a lot more comfortable joining the team as it is like a family,” explained Ostella. “My goals for the weekend are to perform at my best. It has been a while since last I was in a sportscar but have no doubts in my abilities. To get behind the wheel of an Audi R8 LMS Ultra is a dream come true and I couldn’t ask for anything more. I will definitely make sure I am at my best both physically and mentally for the weekend as I want to show the PWC paddock that I belong in a GT3 racecar.”

Dion von Moltke indulged, “I am really excited to join M1 GT Racing, make my Pirelli World Challenge debut and compete in the Sprint-X race, which I believe is the start of a truly great championship. Having a teammate in David Ostella couldn’t be better. He’s a Porsche Cup Champion so not only is he very quick, but he’s shown he has the consistently great pace needed to win a championship. I have no doubt that together on a great team like M1 GT in an Audi R8 LMS Ultra we have a shot to do something special at CTMP.”


“I worked with the team for the first time at Barber Motorsports Park doing driver coaching for Walt Bowlin, and right away I saw how serious they were as a team in their goal of becoming the best,” explained von Moltke. “They have a great group of guys working for them, and they really provide an environment for a driver to succeed. Having the right car and then the right people around you in this sport is the most important thing, and we have both of those at M1 GT!”

M1 GT Racing regulars Walt Bowlin and Guy Cosmo welcome the addition of new teammates as the two cars will share information and data to ensure success in Canada.

Lanteigne continued, “With two cars on the track at the same time and four drivers that can wheel the Audi machines pretty well, we will have plenty of information. Guy Cosmo is one of the best sportscar racers and driver coaches in the country and will continue working with Walt. Utilizing data from both cars each and every session, we will be able to try different things on two different cars during the same session, something that we have not been able to do in the past.”


M1 GT Racing will hit the track Thursday, May 19 for a promoters test day before official Pirelli World Challenge competition commences Friday, May 20 and through the weekend.

M1 GT Racing would like to thank all of their 2016 partners and supporters. A special thank you to Audi Sport customer racing, Tampa Bay Jaw Surgery, Surgery Centers of America, Spyder Active Sports Wear and SkndSkins.

M1 GT Racing would like to thank all of their 2016 partners and supporters. A special thank you to Audi Sport customer racing, Tampa Bay Jaw Surgery, Surgery Centers of America and Spyder Active Sports Wear.