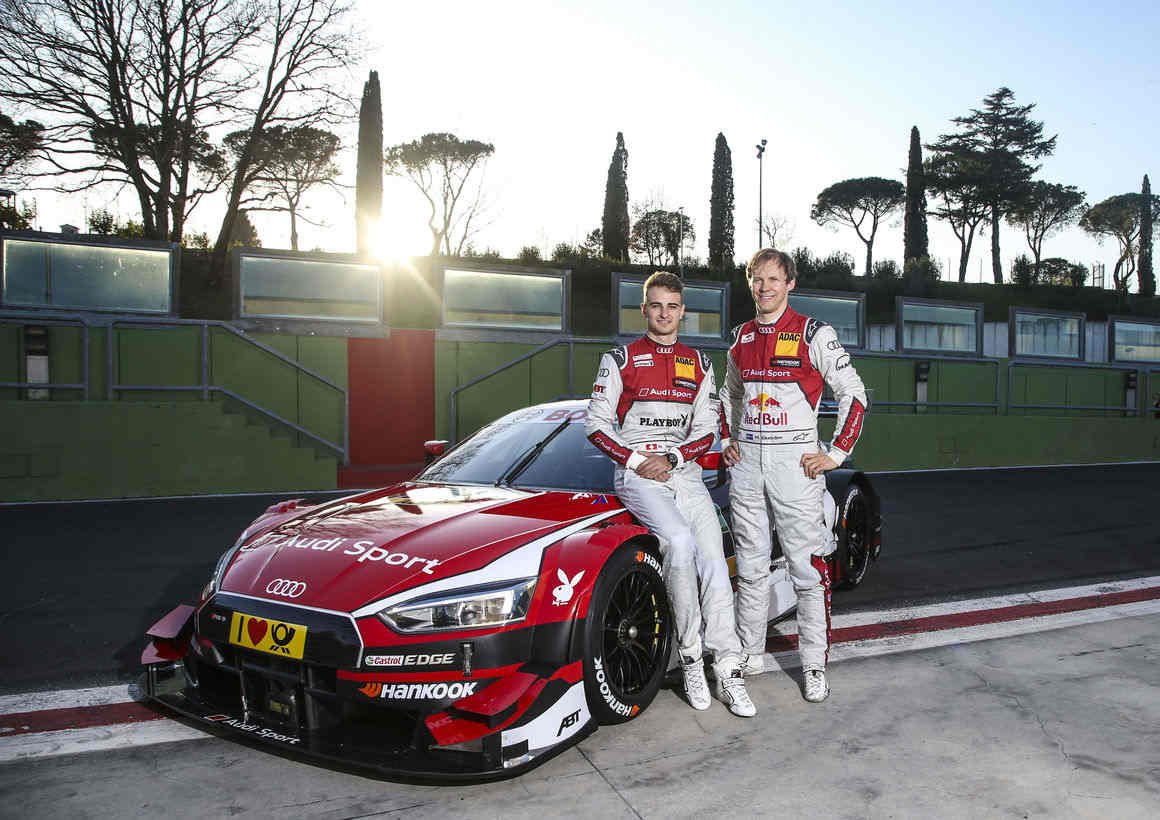 Only a week following its world premiere in Geneva, the new Audi RS 5 DTM did its first public test laps on the Italian race track at Vallelunga.

The red-black Playboy livery in which youngster Nico Müller will showcase on the 2017 DTM grid was not the only feature to attract attention during the tests. In Italy, Audi also premiered the homologated bodywork of the third-generation RS 5 DTM which, compared with the variant shown in Geneva, sports additional, innovative detailed solutions.

“It was important for us to drive the final car in this last pre-season development test and to make optimum use of the few test days available to us in the DTM,” said Head of Audi Motorsport Dieter Gass. “That’s why we’re very happy to have found perfect external conditions at Vallelunga and being able to drive for three days without any issues worth mentioning.”

Mattias Ekström, the most successful Audi DTM campaigner of all time with 22 victories and two championship titles under his belt, drove the car in its maiden outing. The Swede reeled off no less than 760 kilometers in the process. “An impressive number for a new car,” said Ekström. “We tried out a lot of different things: short stints, long runs, qualifying simulations and many different set-up variants. The new DTM cars are definitely more demanding in terms of driving skills. Plus, finding a perfect set-up compromise for the softer tires and the changed aerodynamics is a great challenge. The season is going to be packed with excitement for sure!”

On Wednesday, Jamie Green took over the cockpit. The Briton, on completing 682 kilometers, covered a similarly impressive distance as Ekström had the day before. “Having not been to Vallelunga in a long time I had to first familiarize myself with the track again,” said Green. “Still, we managed to pull off our entire program – it was a productive day.”

The third and final test day was completed by Mattias Ekström. Following a total of 2,121 test kilometers in the new Audi RS 5 DTM, the Audi drivers are now even more excited about the season opener at Hockenheim on May 6/7. Prior to the first race, a final DTM test is scheduled from April 3 to 6 at Hockenheim.