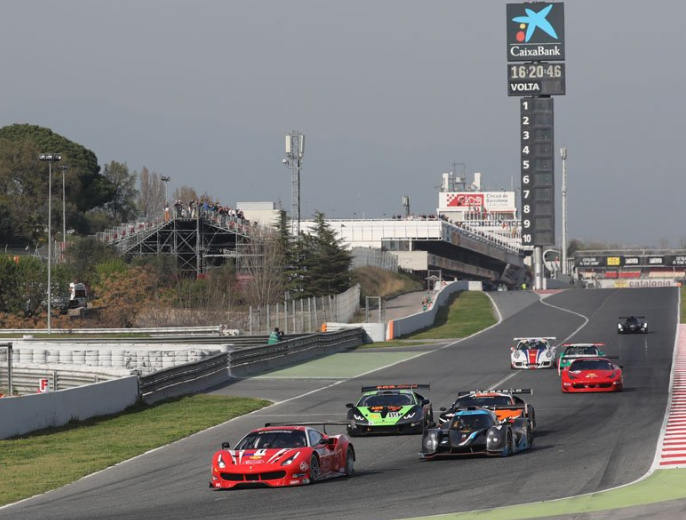 The Ferrari teams began the VdeV Endurance Championship with a double podium. Twenty cars fought it out on the Catalan circuit putting on an exciting show for the fans.

Uneasy race. The crew of reigning champions Visiom Racing didn’t enjoy an easy race. Jean-Bernard Bouvet, Thierry Perrier and Jean-Paul Pagny ran into various problems that lost them valuable time. However, towards the finish they fought back in their 488 GT3 No. 1 for a second place and some valuable championship points. The other Ferrari came third, the 458 Italia GT3 of Classic&Modern Racing driven by Eric Mouez, David Loger and Julian Andlauer, making his debut with Ferrari after driving for Porsche.

Next race. Victory in the GTV1 class went to the Porsche of IMSA Performance team crewed by Raymond Narac and Thierry Cornac, while the overall winner was the Ginetta of Simpson Motorsport driven by Charlie Robertson, Sennan Fielding and Colin White. The next round is at Portimao on the last weekend of April.