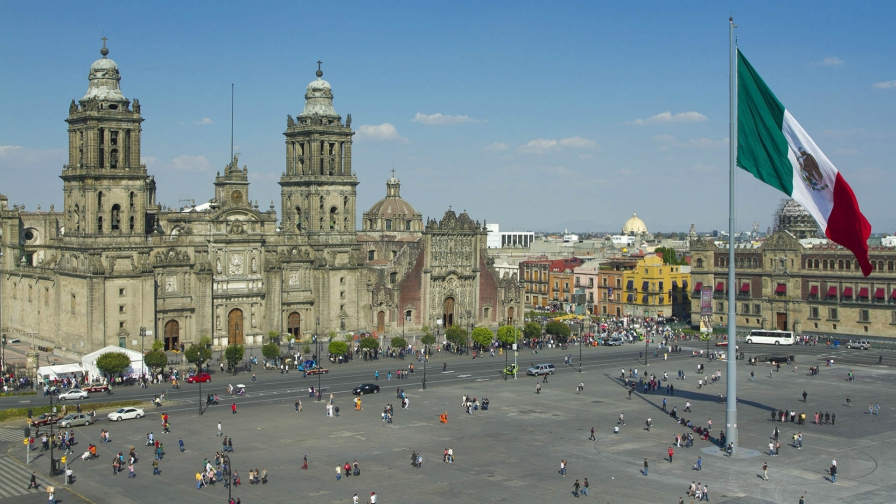 Bustling Mexico City will stop in its tracks on Thursday (9 March) when the FIA World Rally Championship transforms the famous Zócalo square into a colourful motorsport fiesta.

Massive crowds will generate a sizzling atmosphere as the ornate colonial architecture of the city’s cathedral and national palace provides a memorable backdrop for the opening two speed tests of Rally Guanajuato Mexico.

Live television will broadcast the city spectacular to a global audience as new-era World Rally Cars fight for tenths of a second in the heart of one of the world’s largest cities. It promises to be one of the biggest occasions in the WRC’s 45-year history.

The square is no stranger to spectacular stunts. It was in the skies above Zócalo that the helicopter fight scene which launched James Bond movie ‘Spectre’ was filmed.

The entire rally is transported to the capital by air and road from the rally base in León, 400km to the south-east. Competitors will twice drive the 1.57km CDMX Street Stage Presented by Michelin in the square and surrounding streets.

Afterwards the rally returns to León ahead of 370km of gravel special stages over the following three days in the hot and dusty mountains of central Mexico before Sunday afternoon’s finish.

The city opening has generated huge anticipation among drivers and teams.

Jari-Matti Latvala – ‘enthusiasm will be on a new level’

World champion Sébastien Ogier (M-Sport World Rally Team):
“Mexican fans have a real passion for the sport and there is always an amazing atmosphere. This year’s itinerary will take that atmosphere to another level when we head to Mexico City. It has the potential to be something very special that we’ve never experienced before.”

Michel Nandan (Hyundai Motorsport team principal):
“The CDMX Street Stage Presented by Michelin gives a new flavour to the championship. It’s something we will remember and it will make WRC history. It will be a fantastic event with up to 200,000 spectators expected on the day. Bringing the WRC to big cities is always positive as it gives the opportunity for more people to see our fantastic cars in action.”

Kris Meeke (Citroën Total Abu Dhabi World Rally Team driver):
“It’s going be a great show in the heart of Mexico City and really enjoyable. It’s always exciting to participate in a new show in big cities like Mexico with people celebrating the visit of the rally. I can’t wait to drive there in front of the big crowds.”

Championship leader Jari-Matti Latvala (Toyota Gazoo Racing):
“The start and first stage in Mexico City is great for the sport and a fantastic way to attract new rally fans. The atmosphere in Mexico has always been great because the fans are so passionate, and I think in Mexico City their enthusiasm will be on a totally new level!”

Pascal Couasnon (Director, Michelin Motorsport):
“I really can’t wait for Mexico City. The CDMX Street Stage Presented by Michelin is a wonderful opportunity for many, many thousands of people to see how exciting WRC is – right in the centre of one of the world’s largest cities. The atmosphere will be electric and Michelin felt this was a perfect occasion for us to be associated with and provide additional support in a market that is very important for our company.”