Roborace test 1 finishes with a crash! 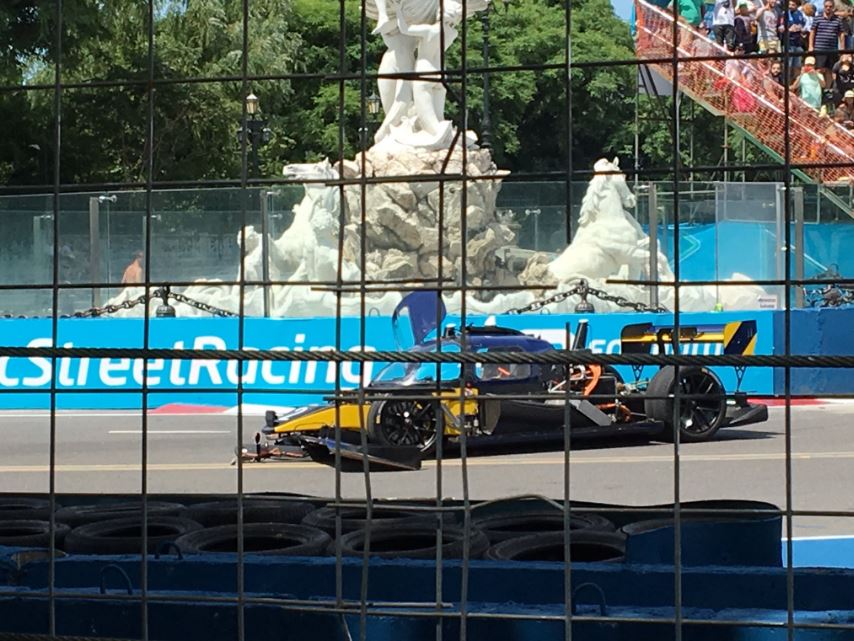 The two cars made their way around the track at a cautious yet respectable pace, with the “winner” reaching a top speed of 115 mph. Unfortunately, the losing car didn’t fare so well, getting itself into an accident and taking itself out of the race.


The championship presented the event as the first “race between driverless cars”, but the event was still very much a test exercise and the DevBot development cars don’t represent the final form these driverless racecars will take – more on that further down. They still have a cabin for a driver but neither car’s cabin was occupied during the event, and while the cars have been tested on street circuits before, this was the first time two cars were on track at the same time.  So it looks like this was indeed the first “race” on an actual racing circuit.

The best photos we could find of the aftermath of the crash were posted on twitter by Autoblog Argentina, which you can see here:

It looks like the crashed car was pushing itself a little too hard on one of the turns and hit one of the barriers, but unlike in normal racing there was no need to worry about the health and safety of the driver in this instance.

The cars certainly look to be taking a rather leisurely pace in the video, particularly compared to the real Formula E racers, but this is their first time ever around a track together, so we must keep things in context.


Roborace is still in development as a series, but the goal is to have several teams racing against each other, each with the same car design (concept pictured above), but writing their own software. Details are still a little light, but presumably the teams will have no more input into the car’s decisions during the race as they would for a real driver (being able to tell the cars to push harder, slow down, and make pit stops, perhaps).  Otherwise, the software will do all the driving on its own.

This has created a little controversy among race fans – some are excited to see what happens with the new technology (especially since now crashes will be even more exciting, without having to consider the possibility of injury), and some think that it’s not “real” racing if humans aren’t pushing their own limits in the car.

We did, however, find out how the cars deal with unexpected obstacles on track today:

Unfortunately, footage of the full “race” is not available online, as it was primarily just for testing.  The cars are not yet ready for primetime and teams are not yet working on their own software.  We do not know yet when they will start racing for real but they previously guided for the first race to happen before an ePrix during the current Formula E season. We’re definitely interested to see how it all turns out.  To find out a little more about the series, watch their “Inside Roborace” documentary series on Youtube. 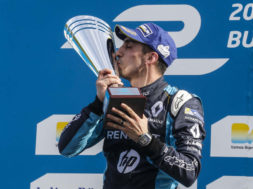