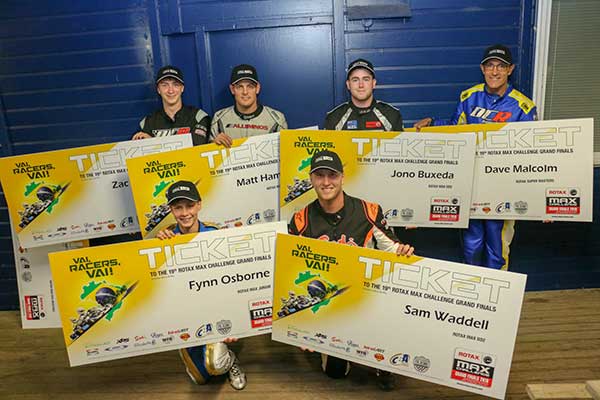 The squad consists of 7 drivers;

Matthew Hamilton is a multi-time class winner of New Zealand Challenge titles, and has twice finished third in class at a Grand Final event. Fraser Hart represented New Zealand at the 2015 Grand Final event in Portugal while Buxeda and Malcolm are both returning for their second Grand Finals meeting in as many years, the pair earning their first trips – to Portimao in Portugal – last year.

This year’s Grand Final’s event will be the 19th organized by Austrian engine manufacturer Rotax but is the first to be held in Brazil.

The venue is the Circuito Internacional Paladino at Conde, a city in the state of Paraiba in the far northeast of the country. The event starts on November 24 and goes until December 1. New Zealand will be one of 50 Rotax territories represented and there will actually be eight Kiwis amongst the 360 competitors expected; Palmerston North driver Josh Hart, like Matthew Hamilton another multi-time Grand Final qualifier, having earned a spot on the Australian team with Rotax Max Light class victory on this year’s Rotax Pro Tour across the Tasman! 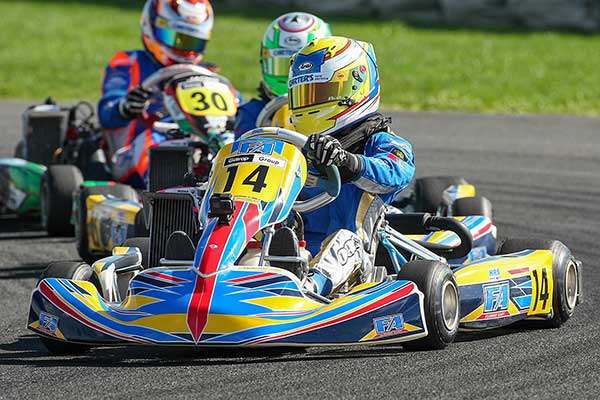 With two separate points scoring opportunities on offer at the double-header Giltrap Group New Zealand Rotax Max Challenge event at the KartSport Hamilton club’s Speedworks Raceway over the weekend the racing across the four Rotax classes was as intense as it has ever been. In fact, only young second-generation racer Zac Stichbury in Rotax Max Light, and Jono Buxeda in Rotax DD2, had the sort of points buffers heading into the meeting that meant they could – all things being equal – plan on being out of the country at the end of November!

Stichbury started as he meant to go on too, with pole and wins in the first heat, Pre-Final and Final at the seventh round on Saturday then – after again setting pole position for the eighth and final round on Sunday morning, finished second behind season-long rival Ashton Grant (who won all four races and set a new class lap record) in both heats and the Final. 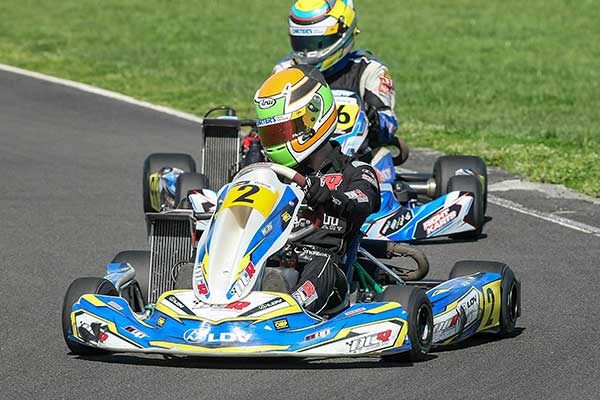 Despite his pace and wins Ashton was, however, only ever racing for second place in the series’ points standings, Stichbury winning the class series title – and with it the trip to Brazil – by a margin of 18 points over Grant, with Jaden Hardy third and Josh Bethune fourth. 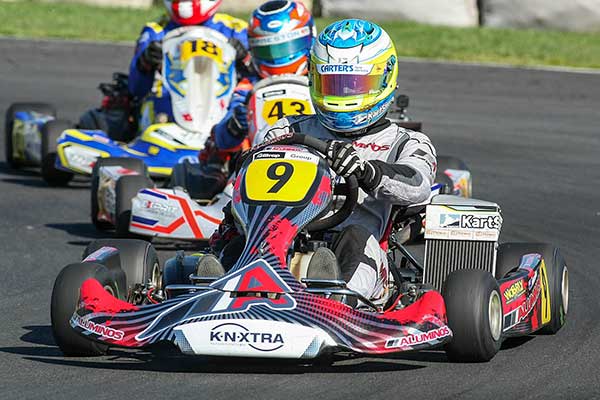 Buxeda actually finished fourth and Waddell fifth in the Saturday Final behind Roby, Bethune and fellow Aucklander Jason Lee. Sunday was another day altogether, however, with Waddell winning both the Rotax DD2 Pre-Final and (double points) Final, the latter from Roby, Buxeda, visiting Australian driver Jac Preston, and Lee, to rocket up to second place in the series points standings and earn a trip of his own to Brazil for the Grand Final.

The margins were a lot tighter in two of the other three classes, top local driver Fynn Osborne claiming victory in Junior Rotax – and his ticket to the Grand Final – by just two points over Jackson Rooney from Palmerston North, and Matthew Hamilton beating Fraser Hart (also from Palmerston North) to the 2018 Rotax DD2 Masters series title by just the one (point).

Fortunately in their case there were three trips to the Grand Final up for grabs so both Hamilton and Hart – as well as third placed David Malcolm from Auckland – earned Brazil trips for their efforts! 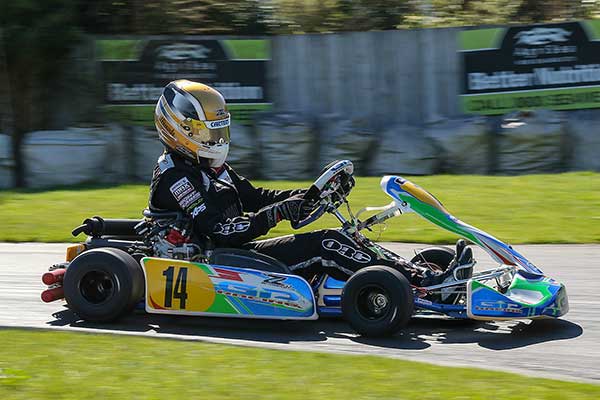