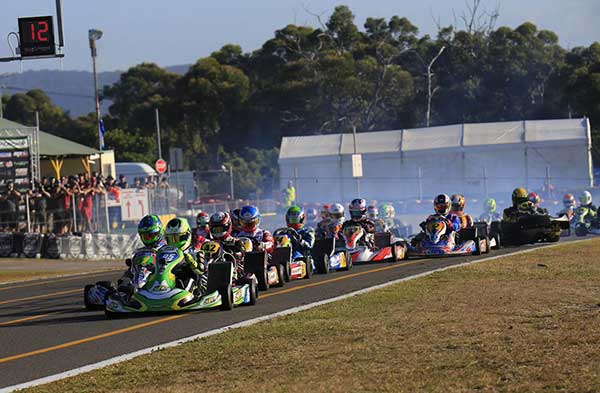 The Emerald Kart Club in Queensland will host its largest ever karting event when Round Four of the 2018 SP Tools Australian Kart Championship, presented by Castrol EDGE is contested next weekend (July 28/29).

A total of 238 entries have been received across the nine classes to be contested at the event from all parts of the Country, along with visitors from New Zealand and Singapore.

After hosting its first Australian Kart Championship event last year, which earned them the Central Highlands Community Event of the Year Award, the Emerald Karting Club Members are excited about welcoming the competitors and teams back next week.

“Having the Australian Kart Championship come to Emerald for the first time was huge for not only our Club but also the local economy and community,” said Emerald Karting Club President Michael Rolfe.

“This year’s event is bigger than last year in terms of the number of competitors, we’ve been working hard to prepare the venue to make sure everyone has a great time here in Emerald.”

With only one round remaining in the Championship after next weekend, the battle for the titles are set to heat up in Emerald.

In the elite KZ2 class, Josh Fife has been dominant over the past two rounds and as a result he’s back in contention for the Championship after missing the opening round. Fife will face tough opposition from Round One winner, and Championship leader, Aaron Cameron who will be aiming to return to the top step of the podium next weekend. Bundaberg’s Troy Loeskow is currently third in the standings.

Entering next weekend’s penultimate round South Australian Kai Allen is the leading way in the elite Junior class – KA2. He holds a 10-point buffer over Brisbane teenager Jai Brown while a win at the previous round elevated Jaiden Pope into third place in the standings. 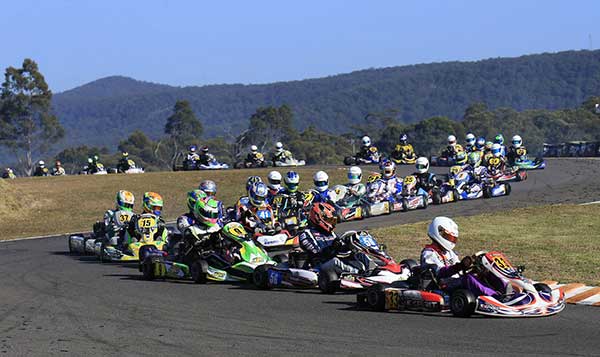 A total of 238 entries have been received for Round Four of the 2018 SP Tools Australian Kart Championship (Pic: Coopers Photography)

With drivers expected to reach speeds well in excess of 100 km/h around the 1006 metre circuit, the action will come thick and fast across the weekend.

Teams and Competitors will begin arriving in the Central Highlands early next week ahead of unofficial practice on Thursday. The official on track action will kick off at 8:00am on Friday before continuing across the weekend with racing contested on both Saturday and Sunday.

The Emerald Karting Club is located on the Capricorn Highway (behind the Ag Grow site). Admission is free for spectators.