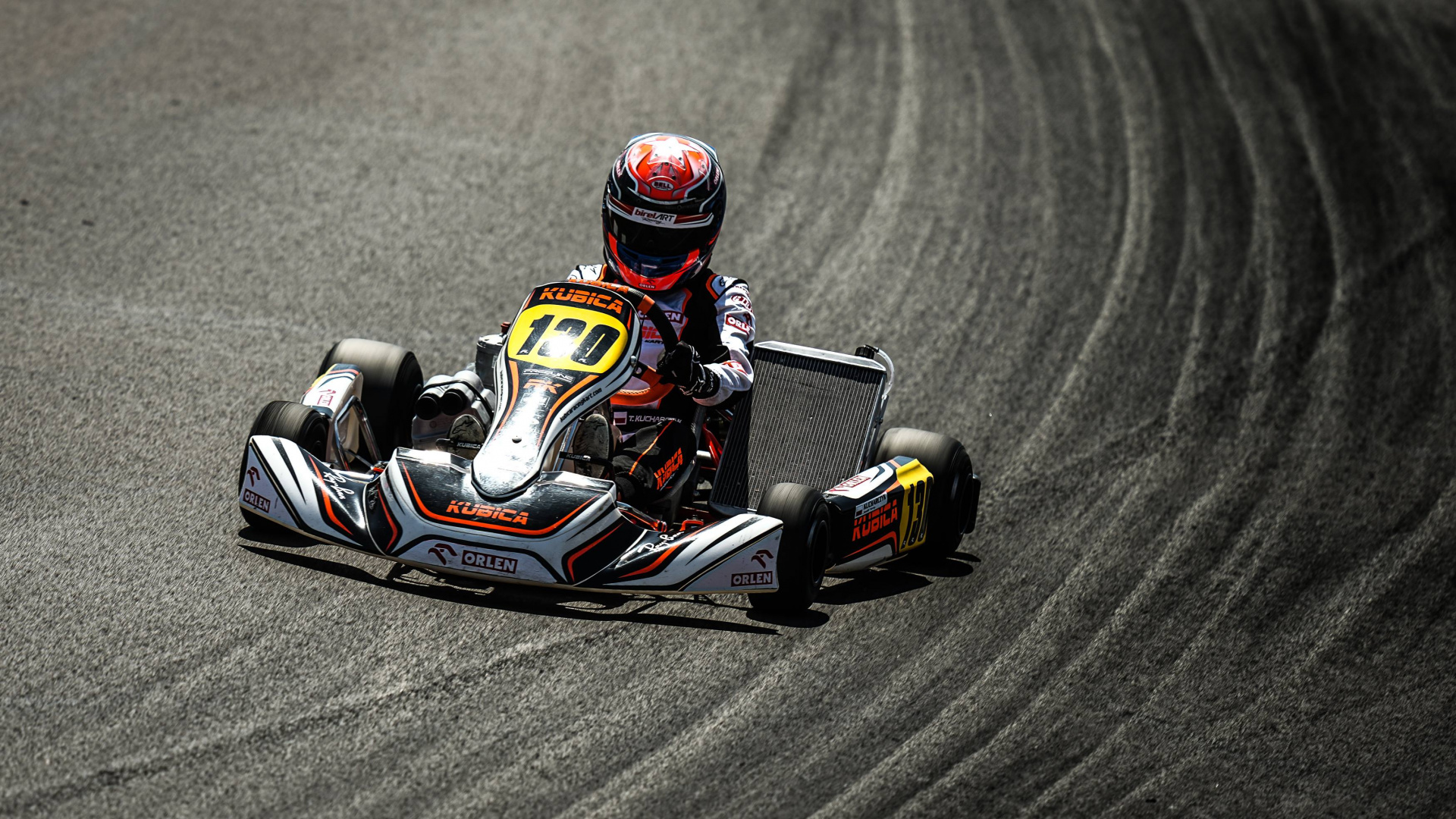 0
0   0
The Birel ART Racing team could have hoped to do well in OK with Timoteusz Kucharczyk and in Junior with William Macintyre. But although everything did not go exactly as planned until the Finals, Birel ART confirmed its return to the top in the non-gearbox categories.

“On Saturday evening, I was confident and I must admit that I thought we could aim for the podium in both categories”, explained Team Manager Riccardo Longhi. “The race decided otherwise. Kucharczyk lost a few places at the beginning of the OK Final, but it wasn’t dramatic for a driver like him. I’m very disappointed that his engine didn’t hold and that he had to retire. Fortunately, Morgatto and Bertuca made good recoveries. In OK-Junior, Macintyre had a difficult last run with a loose spoiler and had to start from further back than expected for the Final. However, he was able to return to the top 10. The Birel ART chassis were very effective. It’s more on the mechanical side that we lacked something to make the difference.”

Kucharczyk solid in the top four
Timoteusz Kucharczyk once again demonstrated his potential and that of his RK chassis with a TM Racing engine. He was the most successful driver in Qualifying, where it was easy to lose contact. He finished 4th, having set the fastest time in his session with more than a tenth of a second advantage. He then completed some very good heats in the top three, including a victory with the fastest lap. From the second row of the starting grid in the Final, all hopes were high for the young Pole, but his engine forced him to retire while he was in 9th position.

Matheus Morgatto managed to move up nine places during the heats despite a spoiler penalty. More and more efficiently, he regained another 12 positions in the Final and finished in 10th position. Delayed by a collision in his last heat, Cristian Bertuca also had a good Final, crossing the line in 11th place, a gain of 12 positions, but was then classified 14th because of his spoiler that came off during a complicated start.

Macintyre back in the top 10 in Junior
Very fast all weekend, William Macintyre won one race and set the fastest time in another. On Sunday, however, his engine seemed less competitive. He lost ground in his last heat and was 15th in the intermediate classification. He made a remarkable effort in the Final to make up five positions and reach 10th place.

The Birel ART Racing team will now concentrate on the preparation for the last European meeting which will take place in less than two weeks in Spain on the fast track of Zuera, by participating in the Champions of the Future series next weekend on the same track. 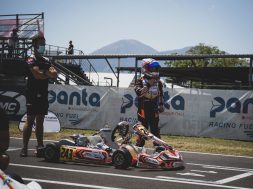 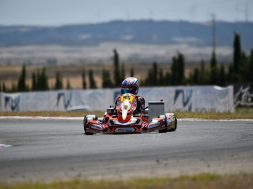 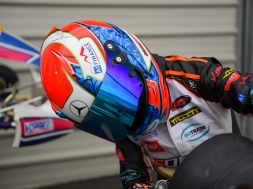 Another triple win in the 2021 WSK Euro Series

Kai Sorensen at Sarno track to prepare for the European Championship