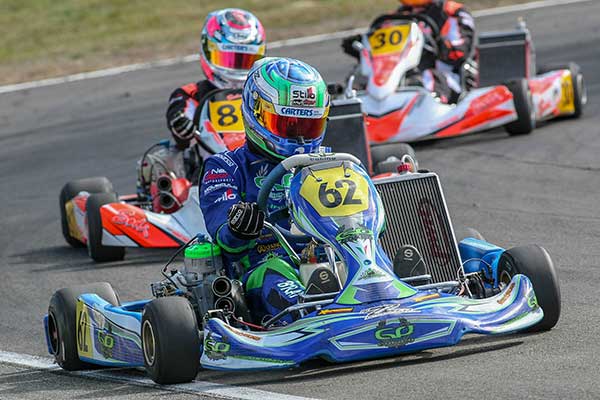 Kiwi karting international Daniel Bray got his 2018 Molecule ProKart Series campaign off to the best possible start at the opening round at the annual TRC Toyota Levin Trans-Tasman kart race meeting in Palmerston North over the weekend.

Aucklander Bray was at his dominant best in the premier Lascom Motorsport KZ2 class, qualifying quickest before winning the three heat races, and both the Pre-Final and Final very much as he liked.

Along the way he also set a new class lap record of 41.422 round the 0.9330km Manawatu Toyota track at the KartSport Manawatu club’s Shirriffs Rd facility.

He didn’t quite have it all his own way, sharing fastest race laps with local young gun Jacob Cranston (who finished second in the final heat) and top female driver Madeline Stewart from Wellington. Bray was always in front, however, when it counted.

“I didn’t really help myself by trying some different axle/hub/wheel combinations in the second and third heat races which hurt my rear tyres and made both the Pre-Final and Final harder than they had to be but overall as a weekend I can’t really complain,” he said.

Nor could Jacob Cranston in his Molecule ProKart Series debut. He qualified sixth and after fifths and a dnf in the heats finished fifth in the Pre-Final but a weekend-best second in the final heat.

Madeline Stewart was the other youngster to impress, qualifying second quickest and running second only to Bray in two of the three heats and the Pre-Final before slipping back to fourth – despite setting the fastest race lap – in the final race. 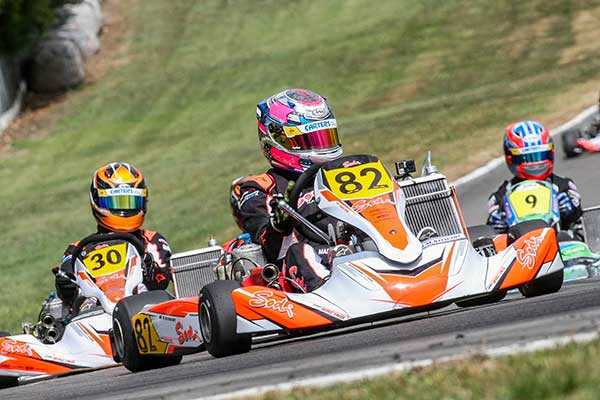 “I was really happy with qualifying second quickest but struggled all weekend with my starts, with the worst one, unfortunately, in the final,” she said. “That aside,” she added, “I am really enjoying being able to race back in New Zealand with the Sodi Kart squad and Mat Kinsman from Sodi has been really helpful. The competition at the front against Daniel, Mat and Ryan Grant is really good too and even after just one round I have learned a lot.”

There was something of a changing of the guard, meanwhile in the Lascom Motorsport KZ4 (nee KZ2 Restricted) class as Regan Hall took over the ‘driver-to-beat’ mantle from long time class standard-setter Garry Cullum. 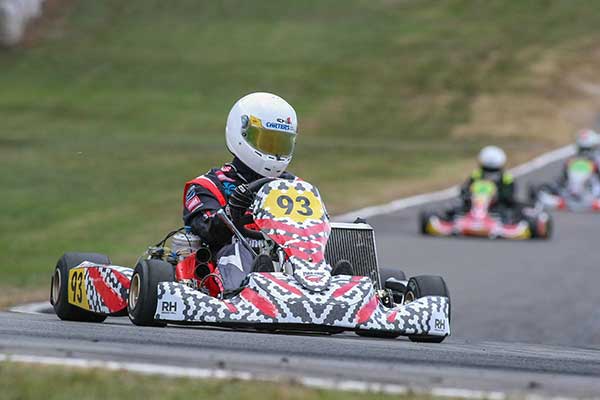 Hall, from Auckland, was absolutely relentless, upping the bar with a perfect – pole then heat, Pre-Final and Final – winning run. Wellington pair Jamie Pollock and series newcomer Julian Osborne were up for the chase but ended up splitting the minor money from defending title holder Garry Cullum and class stalwart Gerhard Benadie. 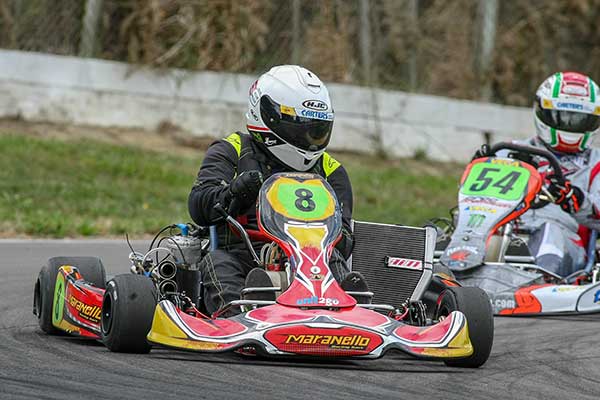