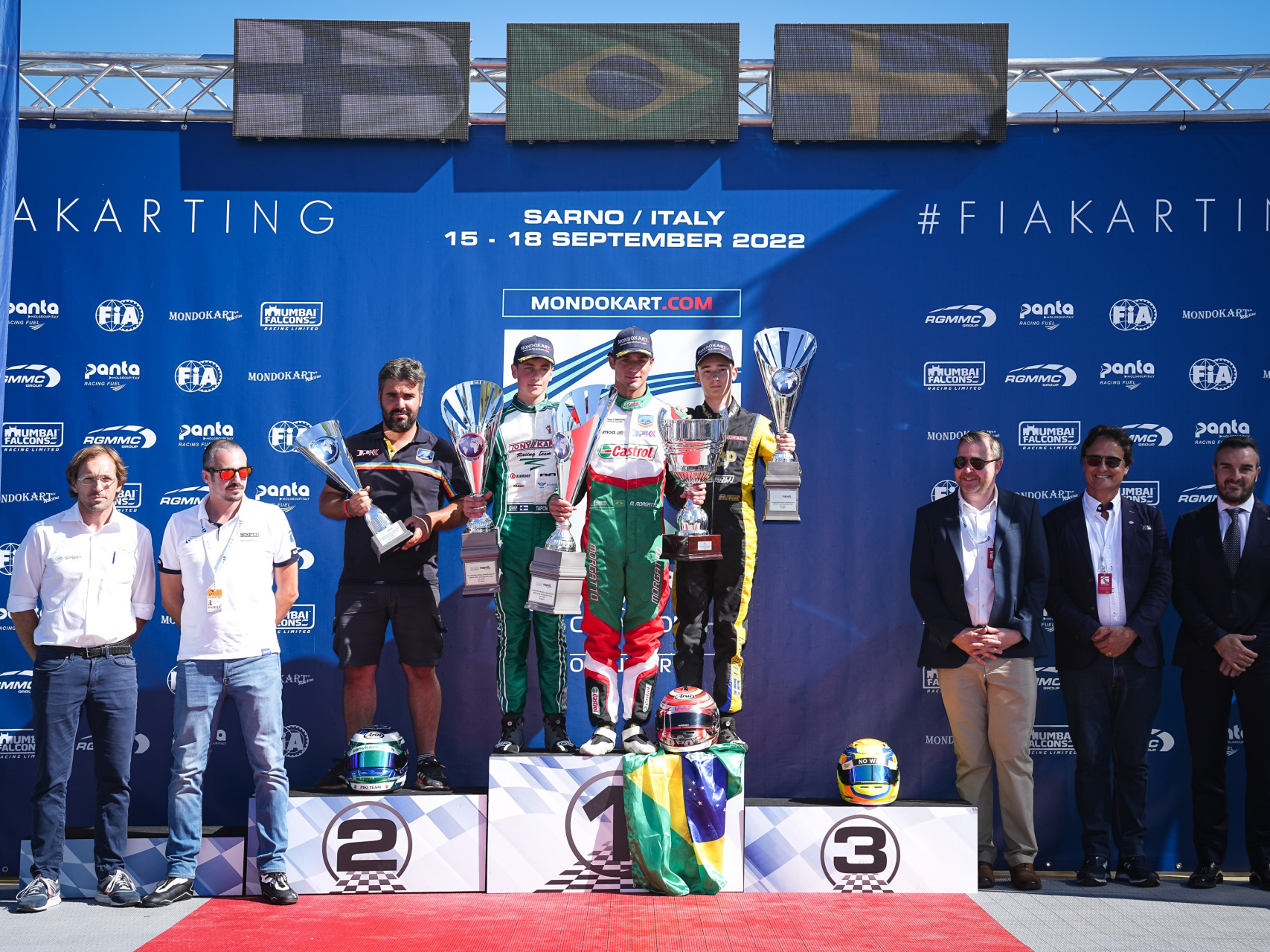 0
0   0
After three consecutive Finals in wet conditions between 2019 and 2021, the Mondokart.com FIA Karting World Championship – OK & OK-Junior saw good weather and high temperatures for the season over the weekend, after rain disrupted Qualifying Practice on Friday. It was therefore necessary to be a complete driver to perform well on the Circuito Internazionale Napoli, as well as to be fast and consistent. The 1550 metres of the Italian track were the venue for an exciting last day of competition, with suspense that lasted until the end for the coveted podium, in OK as well as in OK-Junior.

Despite the incident in the morning, Tarnvanichkul only dropped five places on the starting grid of the Final and immediately started chasing the leaders in this decisive race. Khavalkin confirmed his pole position by completing the first lap in front of Adam Hideg (HUN – Sodi/TM Racing/Vega) and Scott Lindblom (SWE – CRG/TM Racing/Vega). Przyrowski was completely locked in and dropped 13 places, giving up all hope of the title. On the contrary, Nathan Tye (GBR – Sodi/TM Racing/Vega) managed to move up from eighth to fourth place, taking Gerasim Skulanov (Birel Art/TM Racing/Vega) in his wake.

On the next lap, Lindblom was forced to retire, while intense duels enlivened the leading pack. Tarnvanichkul showed incredible determination and finally passed all his opponents to take back the lead on the tenth lap of the 17-lap race. The clear run that followed put him on the top step of the podium! Hideg won his head-to-head battle with Skulanov for second place, the latter eventually dropping back to ninth after a penalty for incorrect front fairing position. Przyrowski made a brilliant comeback with a strong pace, but was disappointed not to have been able to fight for the victory, and consoled himself by obtaining the third place in the Final classification.

Other strong progressions in the chasing pack were Maciej Gladysz (POL – LN/Vortex/Vega), Rene’ Lammers (NLD – Parolin/TM Racing/Vega) and Dmitry Matveev (Tony Kart/Vortex/Vega), who set the fastest lap in the race. These three drivers finished fourth, fifth and sixth after gaining 12, 25 and 15 places respectively. Dries Van Langendonck (BEL – Energy/TM Racing/Vega) shone in his first experience in OK-Junior, while he was still racing in Mini a few weeks earlier. In seventh place, he was ahead of Martin Molnar (HUN – Energy/TM Racing/Vega). Penalties deprived Tye, Khavalkin and Lucas Fluxa-Cross (ESP – KR/IAME/Vega) of a better result.

Magnificent solo drive by Matheus Morgatto in OK
The best performer in the Qualifying Heats, Matheus Morgatto (BRA – KR/IAME/MG) didn’t have to push excessively in Super Heat A to stay in pole position heading into the Final, preferring to secure third place behind Kean Nakamura-Berta (JPN – KR/IAME/MG) and Arvid Lindblad (GBR – KR/IAME/MG). Tuukka Taponen (FIN – Tony Kart/Vortex/MG) joined him on the front row of the Final by winning Super Heat B ahead of Tomass Stolcermanis (LVA – Energy/TM Racing/MG) and Zachary David (PHL – KR/IAME/MG).

The 36 drivers on MG tyres set off on Sunday afternoon for the long-awaited Final. Morgatto, who was continuously impressive at the front, had a dream race, widening the gap to his rivals as the laps went by. The show came from behind him. After getting the better of Freddie Slater (GBR – LN/Vortex/MG) and gaining a place when Nakamura-Berta had to retire due to a mechanical problem, the reigning World Champion Taponen came back to Oscar Pedersen (SWE – Tony Kart/Vortex/MG), who had a very good start, and passed him with two laps to go to climb the second step of the podium.

Maksim Orlov (Parolin/TM Racing/MG) climbed 10 places to fourth ahead of Slater. Ruben Moya (ESP – Pantano/IAME/MG) moved up 11 places to sixth. Olin Galli (BRA – CRG/IAME/MG) moved up from 27th to 8th place in the space of 20 laps to finish not far behind Stolcermanis. David and Gabriel Gomez (BRA – CRG/IAME/MG) completed the top ten at the expense of James Egozi (USA – Tony Kart/Vortex/MG) and Alex Powell (JAM – KR/IAME/MG), fourth at the finish, but penalised for a sporting incident. In 14th, Evan Giltaire (FRA – KR/IAME/MG) set the fastest lap in the race.

The results of the Sarno competition can be found on the official FIA Karting Championship app for mobile devices and on the website. 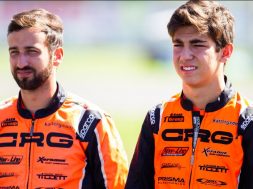 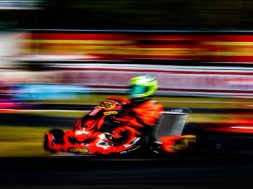 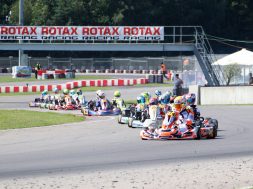