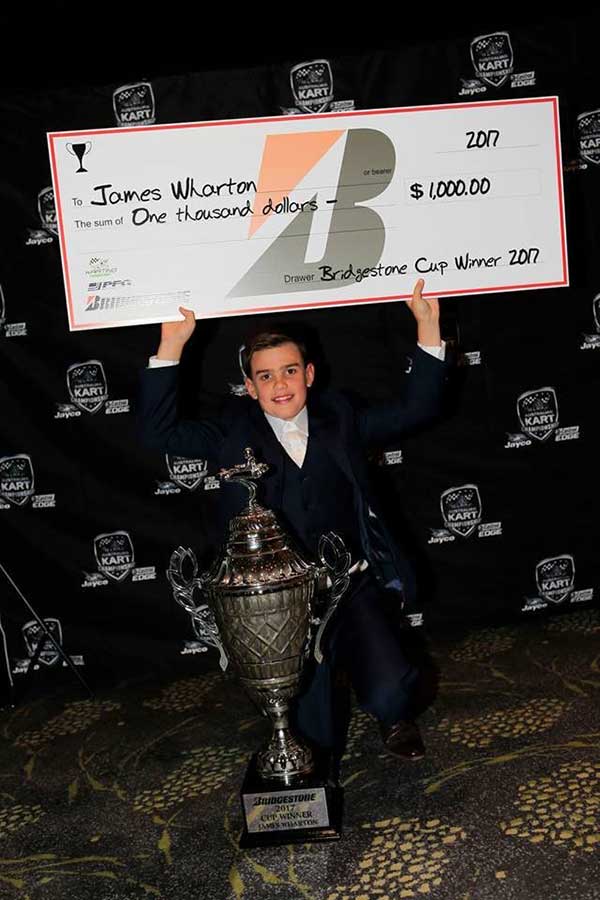 Drivers will have their first opportunity to make their play towards the $1000 Bridgestone Super Cup at this weekend’s opening round of the SP Tools Australian Kart Championship, presented by Castrol EDGE – to be held at the Monarto Karting Complex in South Australia.

A driver from one of the three categories shod by Bridgestone Kart Tyres – Cadet 9, Cadet 12 and KA4 Junior – will be selected for the Bridgestone Super Cup at the year end presentation.

Australian importer of Bridgestone Kart Tyres, Paul Feeney Group, will present the Super Cup winner with the $1000 cheque and massive trophy – which has become one of the most coveted prizes in the sport.

The Super Cup winner is chosen not necessarily on the best driver from the three categories, but from a range of criteria as adjudged by Championship Officials and observation from Bridgestone Kart Tyres Australia representatives.

The criteria includes presentation on and off the track, sportsmanship, improvement across rounds and the Championship, along with courtesy towards officials and other competitors.

This will be the third year of the Bridgestone Super Cup, with it being awarded to Ryan Tomsett in the first year after his performance to win the Cadet 9 Australian Championship and then last year the rampant James Wharton – who produced one of the most dominant Championship runs ever seen in the sport in Australia.

This is backed up by 34 KA4 Juniors – including Wharton who has made the transition from sub-Junior racing.

21 Cadet 9 entries – the youngest drivers in the sport between the ages of seven and nine – will take to the track at Monarto.

Practice begins for the opening round of the SP Tools Australian Kart Championship on Friday with Qualifying and Heat Races Saturday and Finals on Sunday.

The weather at Monarto (around 45 minutes from Adelaide) is expected to be mostly fine from Friday through to Sunday with a chance of rain, however only a minor amount should precipitation hit the area.