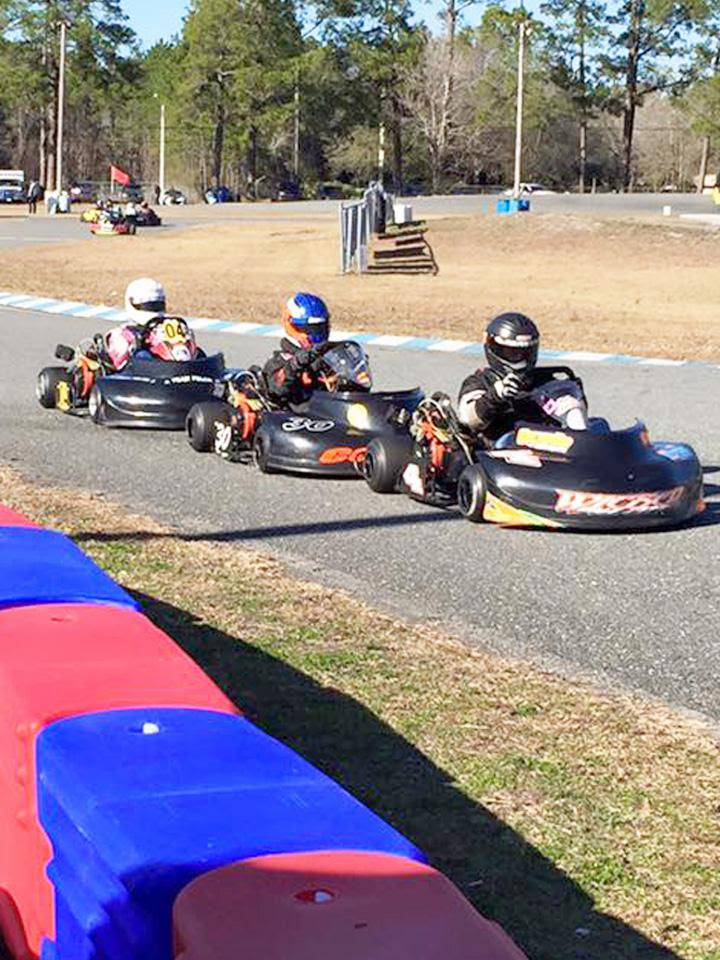 Yarbrough ran top five throughout the course of Saturday’s action, including qualifying and a pair of heat races, and turned up the wick when it counted, out-dueling many of the Southeast’s best 4-cycle sprint racers on the way to the big win.

A couple of talented Coyote racers joined Yarbrough in the top five. Matthew Mayes would finish fourth and veteran Patrick O’Neal rounded out the top five. O’Neal also set the race’s fastest lap with a quick time of 40.478 around 103rd’s fast 0.7-mile course.

Meier, who ran into problems Saturday and only completed two laps of the scheduled 20, edged fellow Coyote pilot Matthew Mayes by just 0.084 seconds for the win. Yarbrough couldn’t quite make it to the front of the pack to challenge for a sweep of the weekend but he still finished a strong fourth.

Meier nearly won every round of competition in Sunday’s program. The Jacksonville native won the Pole Award and Heat One before netting the main event victory. His only defeat on the day was a close second-place result in Heat Two.


Brad Farmer, Kevin Medearis and Matt Tortorell were other Coyote racers at Jacksonville for the Winter Cup.

In LO206 Junior, Andrew Willis carried the Coyote banner with his #18. Andrew ran competitive all weekend and was rewarded with a solid fifth-place finish in Sunday’sLO206 final. Willis also ran fifth inSunday’s first heat, and while he did not finish Saturday’s final, he did finish third and fifth in the day’s pair of heat races.
Next up for Team Coyote is the third and final round of the WKA Winter Cup, March 4-6 at GoPro Motorplex in Mooresville, N.C
tags: COYOTE WKA
previous MARYLAND'S MATT MILLER WINS 6 CHAMPIONSHIPS IN 2015
next CRG MAKES ITS RETURN TO CANADA