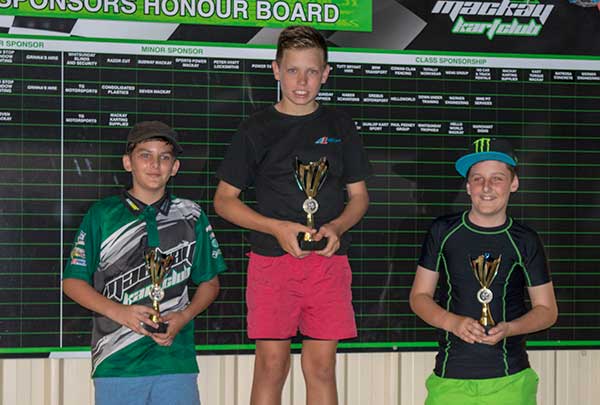 Mackay Kart Club has kicked off 2018 with the Burridge Family Memorial on Saturday. This first race meeting for the year always has a special focus on the juniors, as it is run as a memorial to Mark Burridge (a Mackay Kart Club Junior driver) his sister and parents, who all died in a tragic car accident on Australia Day 2011. Mark was passionate about kart racing and had travelled with his family to many tracks in Queensland. It was a great loss for the Club and the Sarina community where they lived.

A field of eight KA4 Junior Light drivers took to the track with front runners Riley Le Garde (1st) and Cameron Vassallo (2nd) duelling for top spot throughout the heats. Troy Coley and Liam Gibson tried their very best to win the right for the last spot on the podium, with Troy taking the honour with one extra point overall for the day.

Liam’s younger brother, Ryan, having moved up to Juniors from Cadet 12, had an eventful day – unfortunately finishing one of the heats beside his kart, less one wheel (picture attached). It was great to see growing numbers in this class; hopefully this will continue throughout the year. 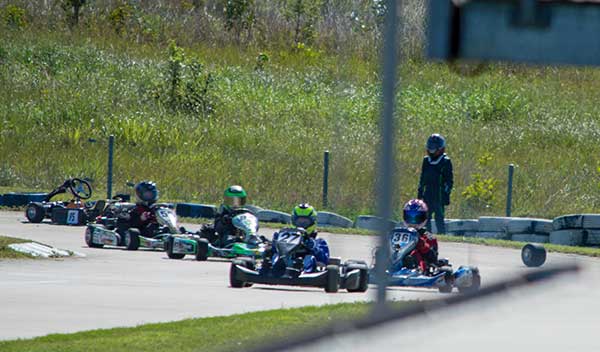 The Club was also pleased to see a number of new P-plate drivers heading out on the track for their first taste of racing along with a number of returning drivers. Some of these were in the KA3 Senior Medium class. Bevan Garioch, one of Mackay Club’s most decorated drivers, returned to the track with a win in class. Richard Dunstan, Andrew Vella and Trent Collins battled all day behind Bevan looking to secure second and third place. Richard eventually finished second with Andrew a close third.

The Cadet 12 drivers never fail to entertain the spectators with their no-holds-barred close racing here in Mackay. The Deguara boys (Max and Drew) were virtually unstoppable all day, with Max winning every heat followed closely by younger brother, Drew. Dad certainly had his work cut out making sure the karts were ready for each of the heats and I’m sure he will be hoping for a good showing at the Australian Kart Championships this year. Dominic Attard, Damian White and Cruise Mason were the next three drivers and they were all closely matched for speed, but it was Dominic who finished the day with a well-deserved third placing. 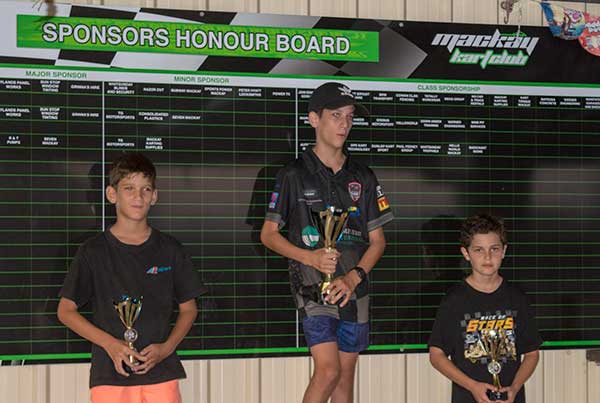 Overall a good days racing with decant numbers and some drivers from other centres travelling to Mackay for the event. Hopefully this trend will continue as we continue into 2018. 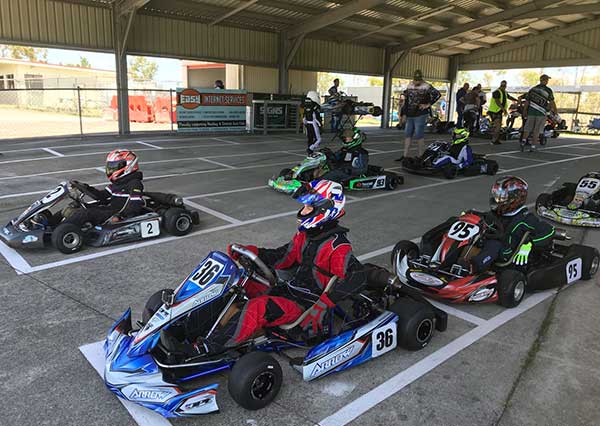 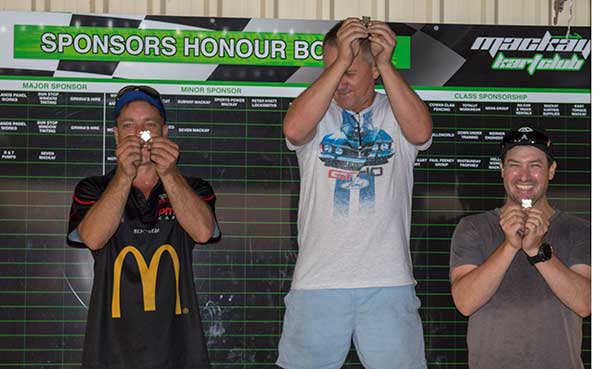