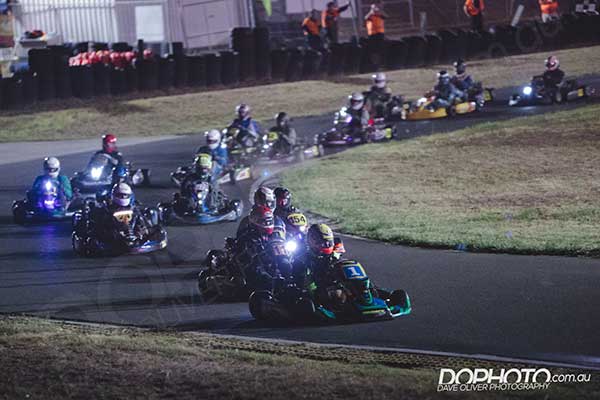 A stellar field of 20 karts took part in the Five4 Engineering Round 1 of the SEKNSW 2018 Championship in the most grueling event on the calendar – 9 hours of racing through the night with the chequered flag falling as most people are rising from a good nights sleep.

With entry numbers rising, the start of the 2018 has 4 new teams joining the newly handicapped Sportsman Class and all of the front running teams returning to take outright glory in the MAXX class.

The event did not disappoint with the top 10 karts fighting it out from the green flag. The first 45 minutes seeing a nose to tail battle between defending champions Maverick, Legends and CNG Racing. Further back in the top 5 was kart 24 TWR in their newly aquired UK built 7Kart on a charge after regrouping in the off season.

Also hovering around mid pack was the Kart 154 Joker chassis from Five4 Engineering/CIA Racing, a usual front runner but slightly off the pace, they played a strategy game taking early stops and falling just outside the top 10. 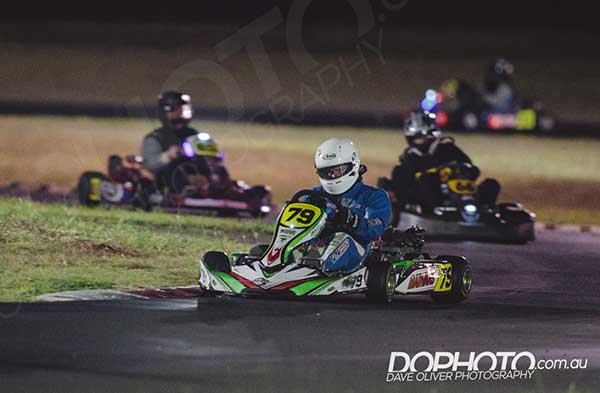 By the 2.5 hour mark a few teams started to struggle with mechanical gremlins. Maxx class runners Wilson Cargo Equipment dropped back after issues but looked to be climbing back. Kart 54 Five4 Engineering/CIA also striking early trouble. Kart 79, The Marvans made a return to Twin engine enduros ahead of their regular series start with SKANSW and single engine Subarus. The return was going well with the team moving up into 1st place at one point. Team owner Mark Pickering bringing his Subaru team to Eastern Creek in preparation for their series start at Eastern Creek in 2 weeks time. Mark was very pleased with his new kart but also the mature driving of his young team.

By the halfway mark, now 2.30am, Sportsman Class runners Lifestyle Autos had a wheel bearing failure allowing new Sportsman teams, AKRA Racing and JRPM to move up but still a number of laps down on class leaders 65 of Corporate Impressions Australia (CIA Racing). Kart 154 was also moving up the field for outright honours in the MAXX class. 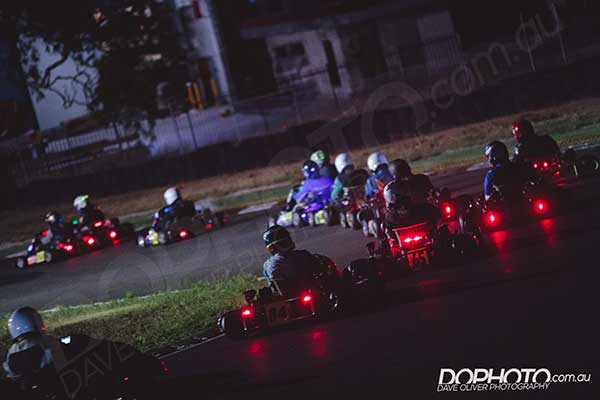 As 4.30am rolled around and 6.5 hours in, Kart 79 suffered a failure and chose an early exit and sleep over working to repair a broken header bolt, the team was very happy to use the race as preparation for their full time assault at SKANSW. Former State champions Kart 46 Project Rhonda suffered a clutch failure in their return to SEK competition and soon after Sportsman class leaders CIA Racing 65 found fuel issues dropping them out of contention.

As the 7am Chequered flag dropped on the field it was kart 154 Five4 Engineering/CIA taking outright honours with a perfectly played strategy. 2nd place was kart 9 CNG and 3rd was defending champions Maverick. 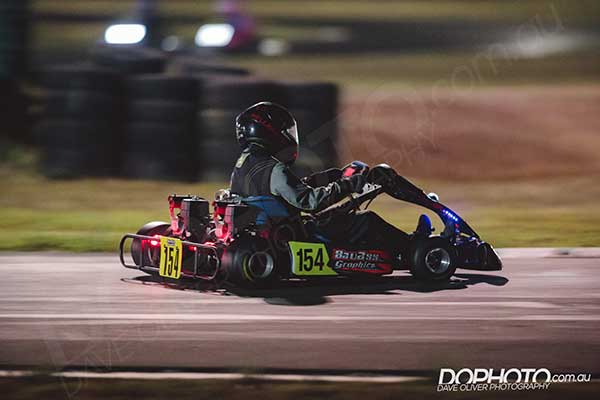 Special mention must go out to new teams 66 Better Still Racing and kart 17 CUB Racing. Both new teams that pushed on through the night to take the chequered the flag in a tough initiation. It just goes to prove that persistence and reliability is just as important as outright speed. 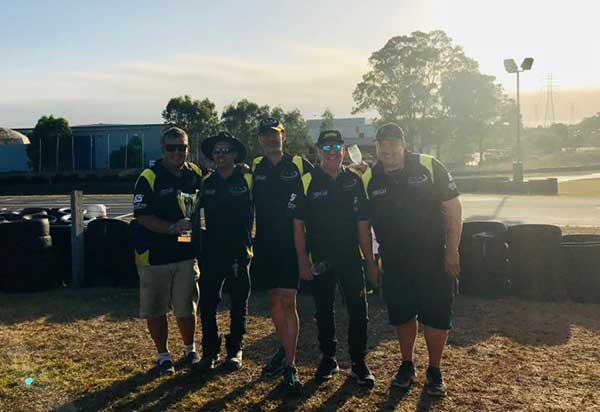 The series now moves to Newcastle on March 17th for a short Round 2 – a 6 hour with even more entries expected. 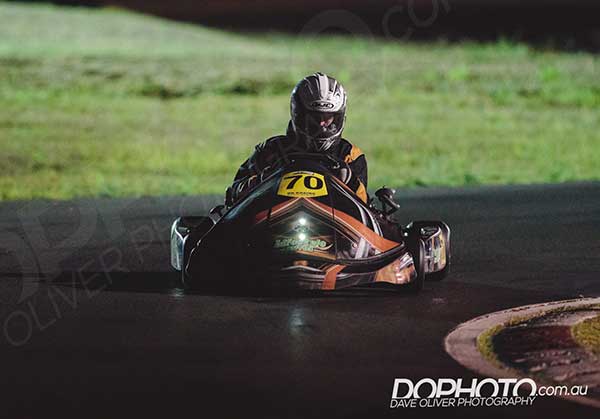 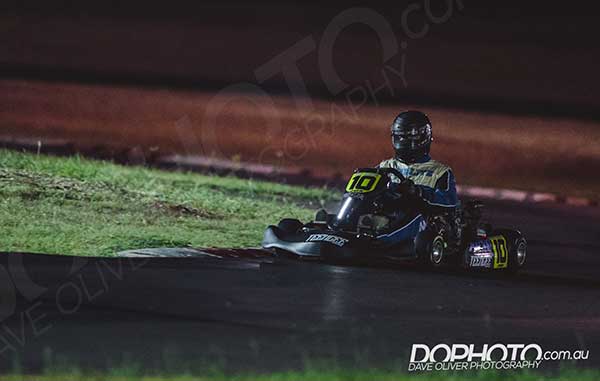 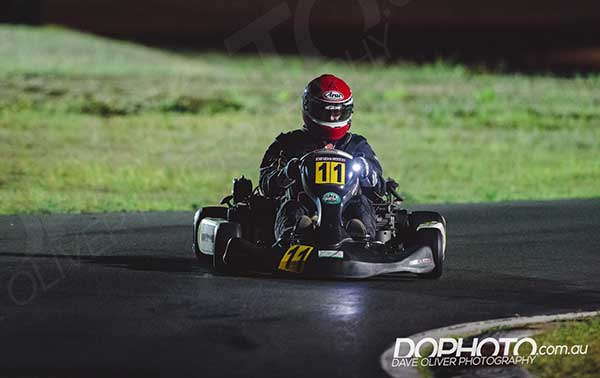 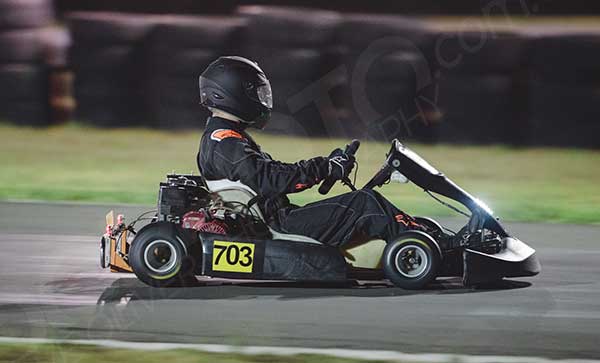 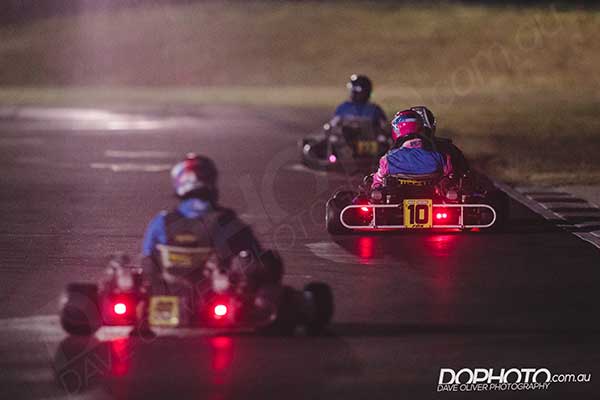 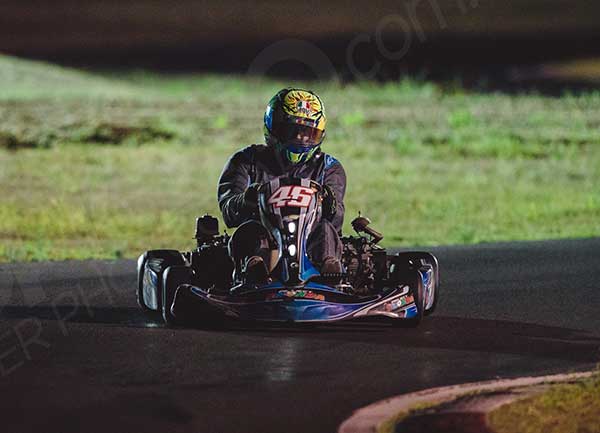 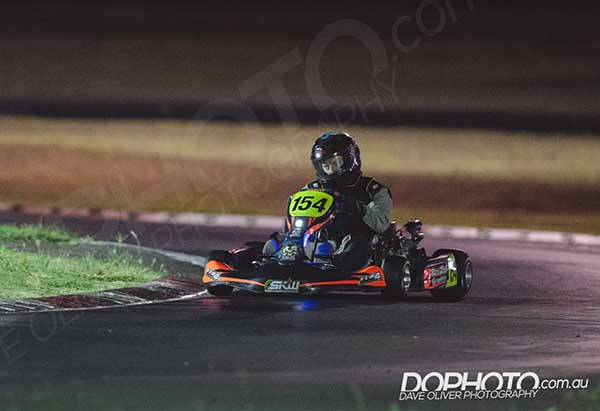 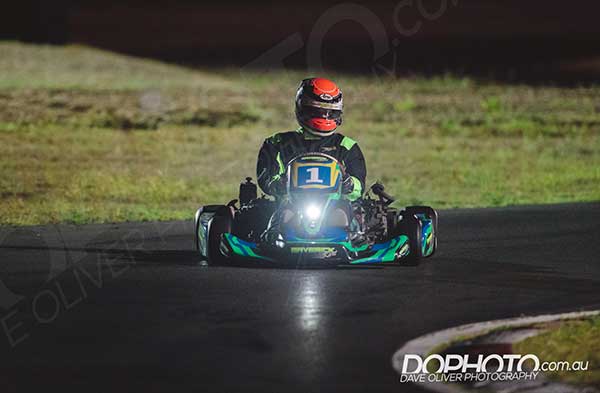 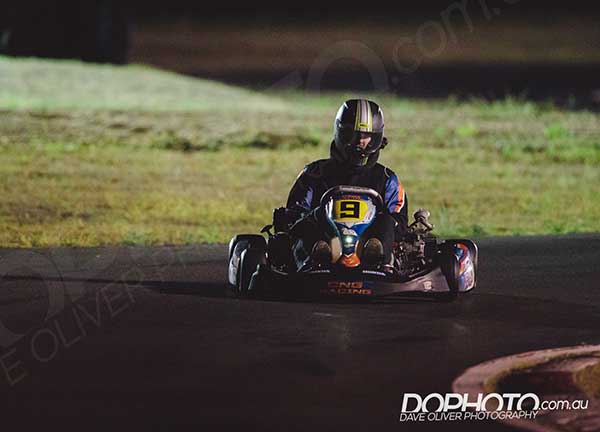