The two leading Vortex-class Champions from season 2017 in the Australian Kart Championship will go head-to-head in this season’s KA1 Championship (Vortex DVS SV) – which starts this weekend in South Australia.

The two were standouts in their respective categories at the Rok International Final in October last year, Sorensen starting the final on the front row and Feeney finishing the elite Junior category in fifth. 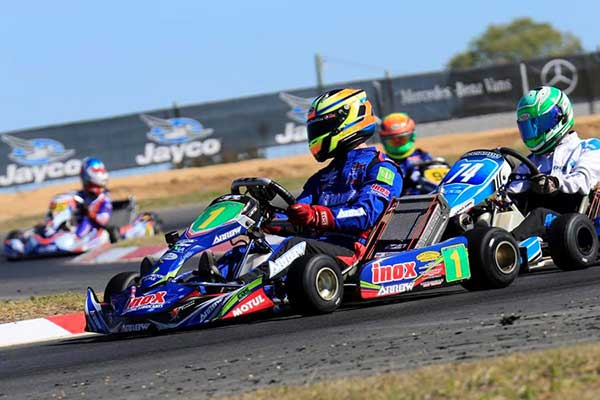 The pair will have a strong challenge at each round of the SP Tools Australian Kart Championship in KA1 from Scuderia PCR’s Kyle Henry-Smith – who showed his form last year and went perilously close to becoming Australian Champion.

Two rapid females will make their category debut in New Zealander, Rianna O’Meara-Hunt and Queensland Boost Mobile-backed JC Kart driver, Taylah Agius. O’Meara-Hunt has form on South Australian soil, in 2017 ending a decade long drought for female competitors at the elite level of Australian karting when she took a round of the Junior Rotax Series in Adelaide.

The healthy KA1 field – benefiting from the upgraded Vortex DVS SV package launched at the end of last year – is also vying for an all expenses paid trip to the Rok International Final, which will be granted to the best Australian Rokker at the end of the five rounds.

A record number of entries has been received for the Vortex/Rok classes at the SP Tools Australian Kart Championship, presented by Castrol EDGE, with no less than 122 competitors forming the four Rok classes.

A new wave of Junior talent will become accustomed to the Vortex Rok DVS under their right feet. With Feeney moving onto Seniors, it opens the door for a new Champion in Australia’s elite Junior categories.

On paper, the Championship is wide open with 28 drivers taking on the first round and a wealth of sub-Junior talent making the step into the category. Arch rivals Jaiden Pope and Jay Hanson can be expected to be towards the front, however the likes of Adrian Haak, Kai Allen, Declan Matthews and the Victorian Somers twins – Regan and Conor will keep them honest. 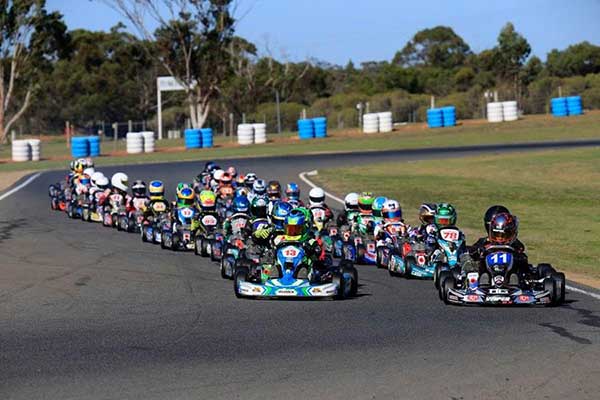 A massive 56 Cadet 12 entries (for drivers over nine but under 12) will take to the track at Monarto – this sets a record for the SP Tools Australian Kart Championship in a single category; while 21 Cadet 9 entries have been received.

These two classes have become arguably the most popular in Australian karting and produce some of the best racing weekend in and weekend out.

Australian importer of Vortex Rok engines, Paul Feeney says the response heading into the first round has been outstanding.

“We couldn’t be happier with how the season is shaping up,” said Feeney. “The response this year has been unbelievable and with 56 Mini Rokkers in Cadet 12 setting a Championship record – it is going to be a fantastic weekend.

“The changes that have been made to the Vortex Rok DVS engine for KA1 have paid dividends as well with strong numbers in that category.

“We have received some fantastic feedback on the engine, which is testament to the engineers at Vortex who were relentless in their development.

“All in all, this weekend is going to be a great way for the Australian Rok competitors to get things underway.”

Practice begins for the opening round of the SP Tools Australian Kart Championship on Friday with Qualifying and Heat Races Saturday and Finals on Sunday.