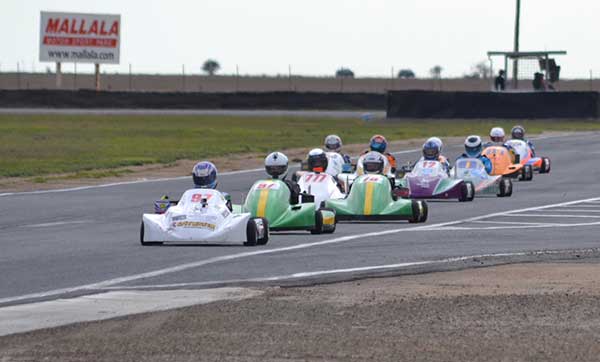 Round two of the 2018 Superkart Cup series got underway on June 24th. Unlike round one, competitors were met with cool and dry conditions for racing. The club would like to thank John Constant Accounting and Amadio Wines for sponsoring the meeting.

Jim Gorman was again the man to beat at round 2, with a clean sweep of four heat wins and a new class lap record set during the day. The only blemish on his day was a poor start in heat 3 dropping him to the back of the pack which allowed young gun James Boden to lead a superkart race for the first time. Jim battled with James and Brothers Doug and Rod Savage and managed to break away towards the end of the race. 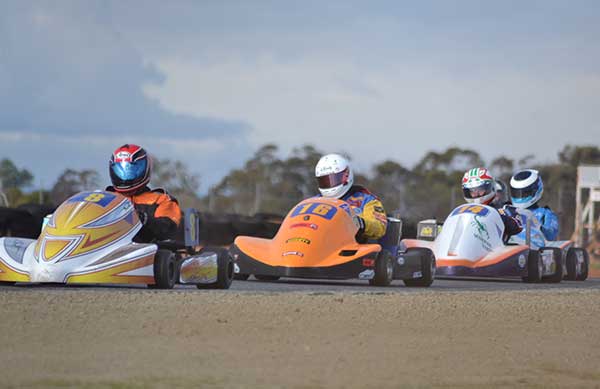 A healthy field of 5 Heavies faced the starter for round 2, with Brandon Stillwell setting an early statement by breaking the class lap record for the second consecutive race meeting. Matt Lane showed improved speed to battle with Ian Williams and Tom Handley during the days racing. After a spirited battle in the final race, Brandon sealed 4 wins for the day.

A small field of 250s fronted up, with Chaz Maddern again leading the way in his new Anderson Kart. John Constant finally hit the track with his brand new kart and gradually became accustomed as the day progressed. Mike Davies was the lone 250 National and overcame a few issues to get some good laps in 6 the day. 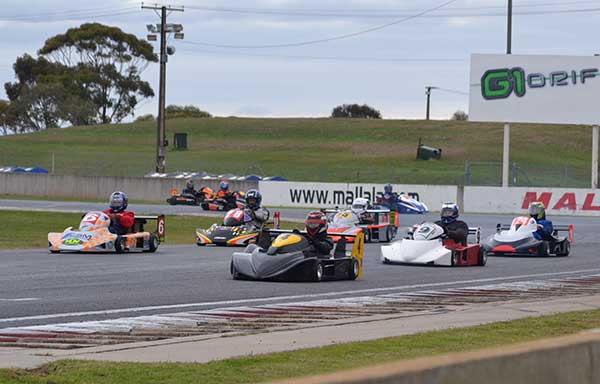 Consistency was the key in the 125 class as Danniel Amadio’s racing return hit top gear and took out the top step with fine performance. An unfortunate spin early in the day took Mark Vella out of the overall standings, with Geo Caon and Shaun Jones in the mix during the day. Tony Lappas made his first start at mallala for 2018 but gearbox issues sidelined the SKE kart.

As always at Mallala, the stock honda boys were in the mix with the more powerful class karts, making for quite the spectacle for those watching on the hill. Jim Gorman was able to break away in each heat but Matt Lane and Sokhon Pin had an immense, day long battle for second and third. The racing was fast and clean and shows why the entry level gearbox class is gaining popularity in SA. 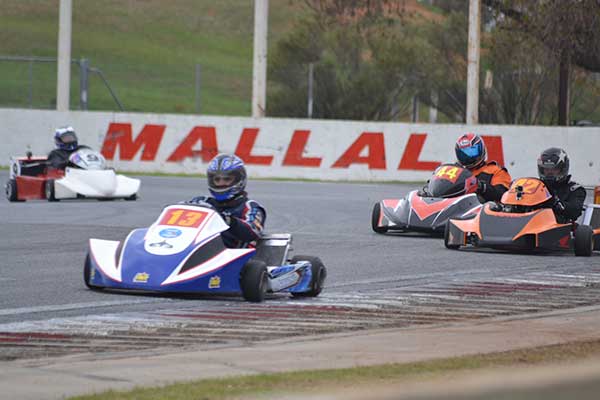 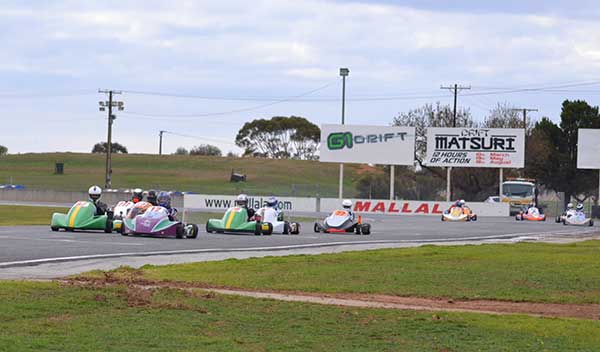