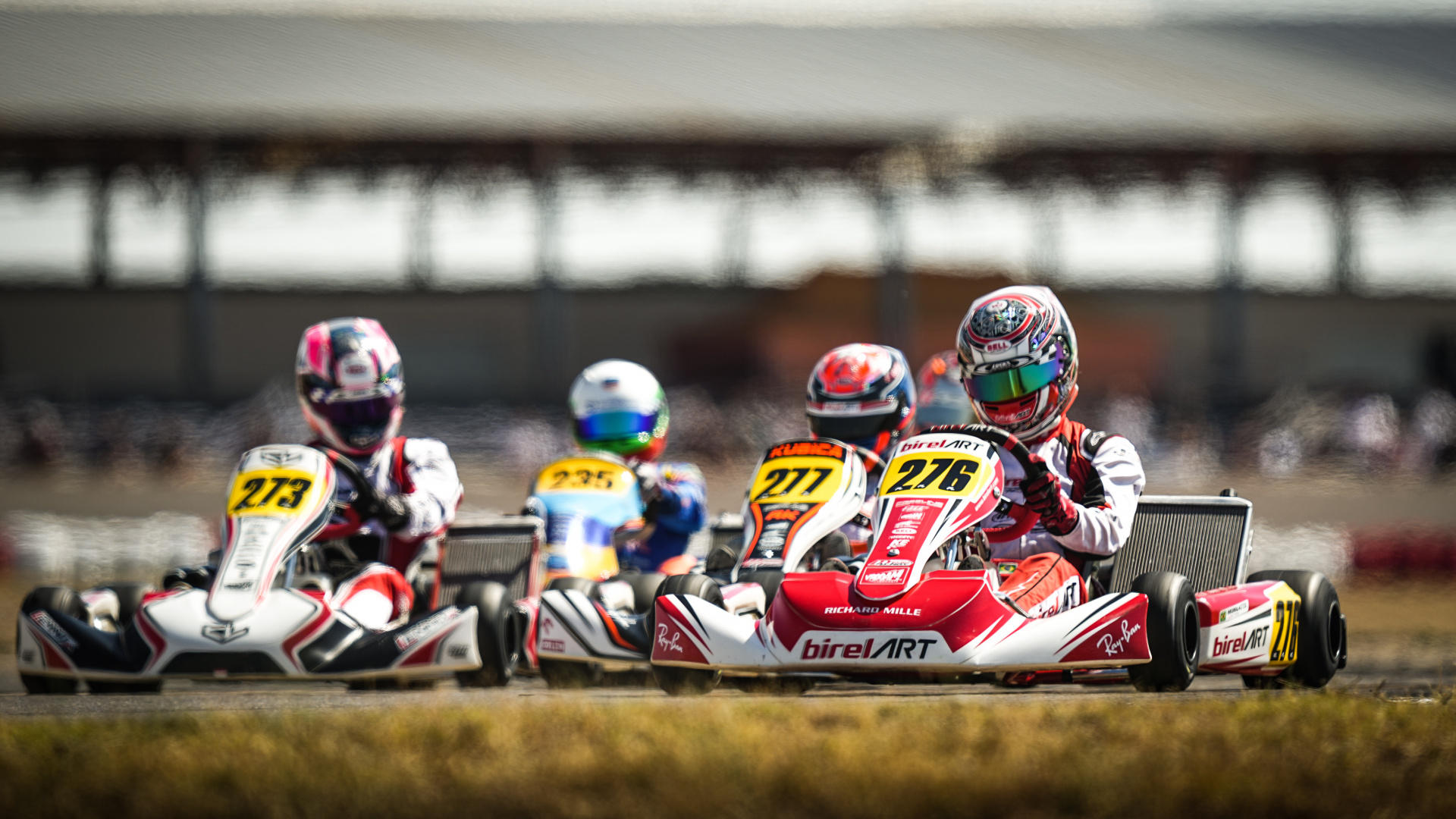 0
0   0
William Macintyre consolidated his 5th position in the provisional Junior ranking of the series with an impressive progression between the Qualifying and the Final. In OK, the top drivers all bravely faced the problems that plagued their weekend. Apart from Matheus Morgatto’s near top 10 finish, it is impossible not to mention Tymoteusz Kucharczyk’s extraordinary comeback to 4th place in the Prefinal after going through the Repechage and Cristian Bertuca’s consequent progress to the Final.

Team Manager Riccardo Longhi confided his analysis at the end of a nerve-wracking meeting: “First of all, I would like to congratulate our technical team and our drivers for the efforts they have made throughout the weekend. There were many incidents during the hectic races on the fast Zuera track. Macintyre showed a very convincing fighting spirit and maturity to finish 7th in the Final from a long way back. This is very encouraging for the future. We were not spared from setbacks, but the perseverance of our drivers allowed us to confirm the competitiveness of our karts. Morgatto was solid and his performance deserved to take him much higher in the ranking. Bertuca recovered well in the heats and without his weight problem in the Prefinal, he would have had a great card to play. Delayed by two retirements in the heats, Kucharczyk managed to make up 28 places in the Prefinal. The current level of performance of the Birel ART / TM Racing in OK was confirmed by the excellent results for Pedro Hiltbrand in the colours of the Leclerc by Lennox Racing team.”

Macintyre in top form
William Macintyre made up for his 40th place in Qualifying with some extremely efficient runs, using the full potential of his machine without making any mistakes. He managed to get back to 15th place after an improvement of 25 places. The young British driver continued his progress with an 8th place in the Prefinal and concluded with a superb 7th position in the Final. Not only did he remain in the top five of the series, but he also proved to be a serious protagonist in the category.

Performances and setbacks in OK
The drivers encountered various setbacks along the way. Matheus Morgatto had a good start and was in the mix during the heats, but had to retire at the beginning of the third heat. He came back to 9th place in the Prefinal and finished 12th in the Final. Tymoteusz Kucharczyk had to retire twice in the battle of the heats and was forced to go through the Repechage to qualify 32nd. The Pole drove a great Prefinal and regained 28 places by finishing 4th. Unfortunately, he could not repeat this feat in the Final due to a technical problem and had to settle for 21st place. Finally, Cristian Bertuca didn’t start with a very good time, but he made up 20 places during the heats. His advantage disappeared when he was weighed under the minimum weight at the finish of the Prefinal. The Italian remained focused for the Final and climbed 11 places to 25th.

The Birel ART Racing team is now looking to the future with the fourth and final round of the FIA Karting European Championship – OK and Junior taking place in Zuera next week.