CRACKER DAY OF KARTING AT 1ST KZN REGIONAL ROUND AT IDUBE 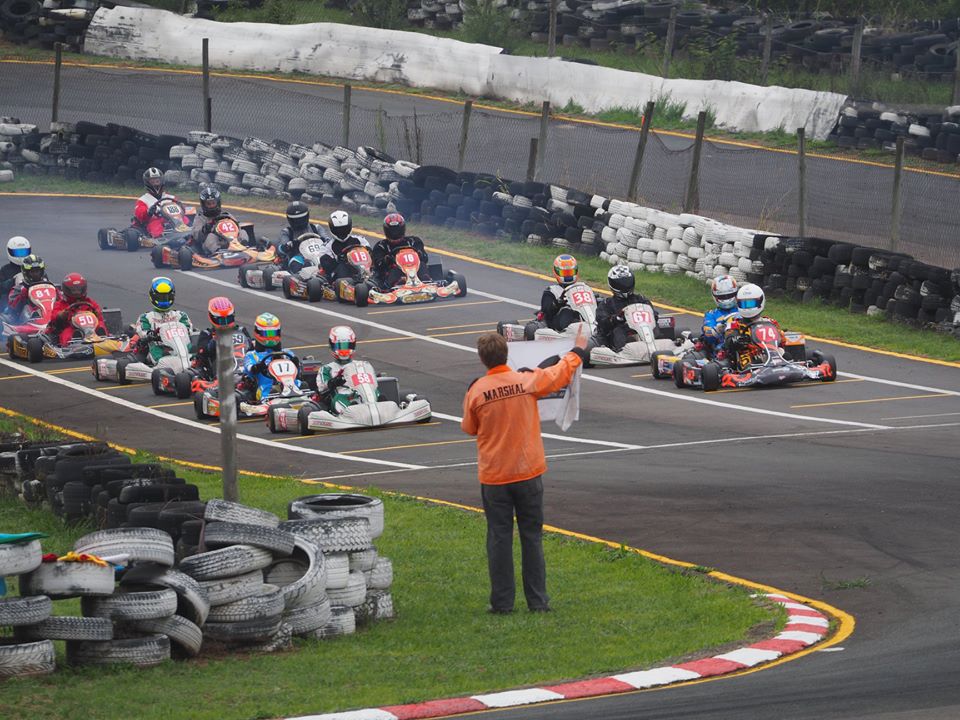 A new year, a new season, new pits and lots of new karters – that was the scene at the first round of the 2018 Karting Championship season opener at Idube on Sunday. It was the first opportunity for some of the rookies to compete in a race, karters who have changed to higher classes and made the move to different chassis, and then the welcome return of some previous competitors that have been sorely missed at Idube.

During the off-season a lot of maintenance was done on the track, new pits built and Idube will also host the first round of the SA National Championship at the end of March. The Micro Max class was contested by some very enthusiastic and promising young talent, with Troy Snyman and Dhivyen Naidoo putting in some super fast laps continuing with Iuvine Sambudla upsetting the apple cart. So it was a great dice between the three youngsters each taking a win. Race 1 went to Snyman with Naidoo in second and Sambudla in third. Race 2 was unlucky for Snyman who only finished two laps, Dhivyen bagged the win and Sambudla was second with Uzair Khan in third. Race 3 Sambudla clinched victory, Naidoo was second with Snyman in third. Overall for the day first place was secured by Naidoo with Sambudla in second and Snyman taking the last spot on the podium. Uzair Khan finished fourth and rounding off the top five was Travis Mingay.

Mandla Mdlangeni took the honours in the Mini Max class with Troy Snyman having to settle for second place.

Junior and Senior Max saw some changes with Dominic Lincoln moving up from Junior Max to Senior Max but also changing from Tonykart to BirelArt. The change obviously suited Lincoln as he performed well, taking second place behind Jonathan Shrien Naidoo was third, Rile Horner in fourth place and Robert Whiting doing double duty in DD2 and Senior Max finished fifth overall for the day.
This category produced some good battles with Pieterse taking all three overall wins (another man that did duty in more than one class), with Linacoln finishing 2nd in Races 1 and 3, and Shrien Naidoo clinching 2nd in Race 2 with two third places. Riley Horner and Brent Walden were also on form and provided good entertainment for the spectators. Andrew Bremner took 1st place in the Junior Max Classification with the 427 kart of Nicholas Wuite in second.

A strong field of competitors lined up for the popular Max 180 class and this ‘mature’ class had 17 karts on the start. Richard van Heerde clinched the overall win for the day, followed by Clinton Gauld, Mohammed Bhabha, Allan John Rice and James Stewart. Van Heerde won all three races of the day, but it Gauld and Bhabha that jostled places for 2nd and 3rd with Allan John Rice sneaking into 3rd place in Race 2. James Stewart was consistently in the top 5, and making up that top ten was Alan Johnston, Dean Rice, Stan Whiting, Richard Horner and Jonathan Pieterse.

The biggest class of the day was the hotly contested DD2/DD2 Masters Class. With 20 entries and the return to the track of multiple world champion Cristiano Morgado, and Northern Regions visitor Daniel Duminy, and 2017 DD2 KZN Champion Benjamin Habig and DD2 Masters Champion Jonathan Pieterse, the scene was set for some interesting racing. This premier class is a favourite amongst spectators. Habig was back behind a TonyKart. Habig qualified on pole and won all three races convincing, setting a blistering pace, leaving Pieterse, Morgado, Whiting and Duminy to battle for the remaining podium positions. Jonathan Pieterse secured 2nd place in races 2 and 3, with Morgado finishing 2nd in Heat 2. Robert Whiting took a well-deserved 3rd in the 1st heat and two fourth places. Duminy didn’t have the day he had been looking forward to, and had to settle for two fourth places and a fifth.

Benjamin Habig bagged some valuable points by taking 1st place in the DD2 class, followed by Robert Whiting – the two TUKS students literally finishing their races and heading back to Pretoria for the start of the 2018 Academic Year . In 3rd spot was Daniel Duminy followed by Justin Wilde and Cody Sherratt. Pieterse got off to a good start defending his DD2 Masters title by securing the top step of the podium ahead of Cristiano Morgardo with Richard van Heerde in 3rd, Alister Mingay in 4th and Dane Temlett in 5th.

A great day’s racing and if the standard of competition in this first round is anything to go by, we are in for a cracker of a season. The next round will take place on 18 March and we can expect a couple of visitors as this is to weeks before the National Event and a good opportunity to test those new steeds on the very unique and picturesque Idube Raceway.