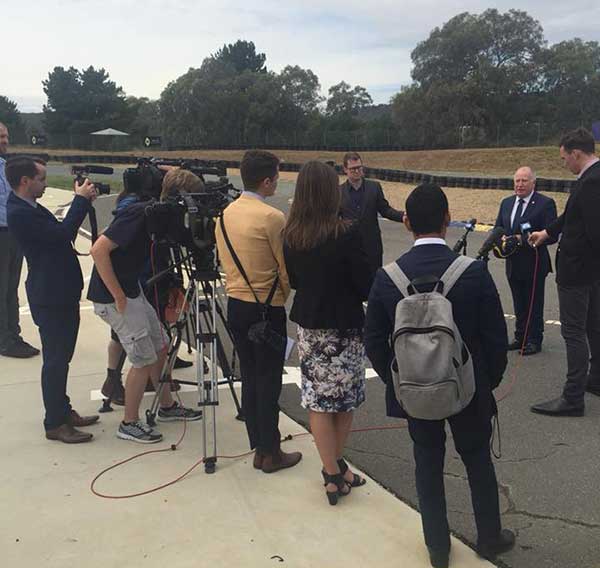 The Canberra Kart Racing Club has finally had confirmation of funding to extend the Circuit Mark Webber from 750 metres to 1100 metres and thus meet the international standard.

The Canberra Times reports the ACT Government will spend $200,000 on the facility.

The Minister for Planning & Land Management, Mick Gentleman, with the media at today’s announcemet (pic – CKRC)

After a submission in 2015, development approval for a $3.5 million upgrade was given in 2016. However, it’s only now the Government has confirmed funding for the first stage.

The club’s James Ordish said the $200,000 extension was the first stage of redevelopment, but that other funding was yet to be secured.

It’s expected work will commence in a few months time. The club is hoping to keep parts of the circuit open during the works. 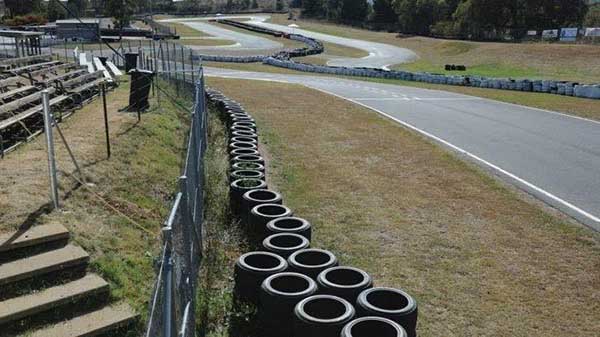