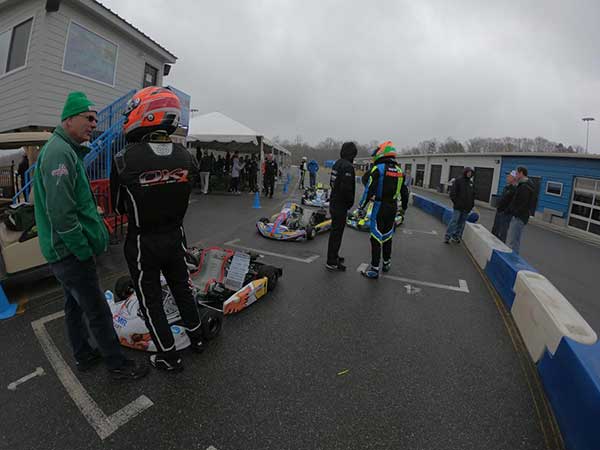 With 114 entries, racing season roared back into action for the GoPro Motorplex Karting Challenge series opener on Saturday. Round One began the 12-Round club championship series at GoPro Motorplex’s 0.7-mile track in Mooresville, N.C. Although a heavy drizzle created an official “Rain Race” event, competitors were able to prove their skill in adverse track conditions and those with rain racing prowess shined.

In the IAME Mini Swift final, Ayden Patty was strong right out of the gate. Spencer Conrad trailed Patty’s lead by about two kart-lengths. However, an unforeseeable mistake by Patty in Turn Eight with three laps to go, allowed for new-leader Miles Murray to sneak by with Conrad in tow. In a last-lap shootout, Conrad overtook Murray by running a slightly higher line exiting Turn Four. Conrad held on for the last few corners of the closing lap to score the win, followed by Murray in second and Mason Cantrell in third.

In the IAME Swift Division, Sebastian NG proved he was a pro in the rain, building a nearly three-second lead on the field. NG went unchallenged for the final laps of the race to score the win, followed by Hinos and Delemo. 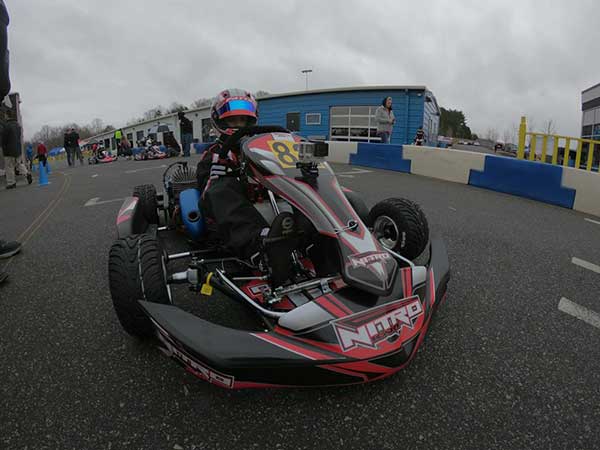 In the IAME Junior Division final, the field of six drivers navigated a dicey first corner on a completely wet racing surface. Frontrunners, Pauly Massimino and Hayden Jones broke away from the rest of the field by over three seconds. With eight laps to go, Jones made his move around Massimino for the lead in Turn Eight. Once clear of Massimino, Jones began to put on a clinic in the rain, building a four-second lead. Jones scored the win, followed by Massimino and Brooke Nachtmann.

In the IAME Senior final, it took Blake Hunt less than a lap to check out to a two-second lead over second place of Ashley Rogero. Hunt may have had a comfortable lead, but Rogero was under pressure for her second place position from Brandon Jarsocrak and Jacob Donald. Rogero never cracked under pressure, coming to life during the closing laps to attempt to put together a run to challenge Hunt’s lead. Rogero was never able to reel in Hunt and he went unchallenged to score his second win of the day, followed by Rogero and Jarsocrak. 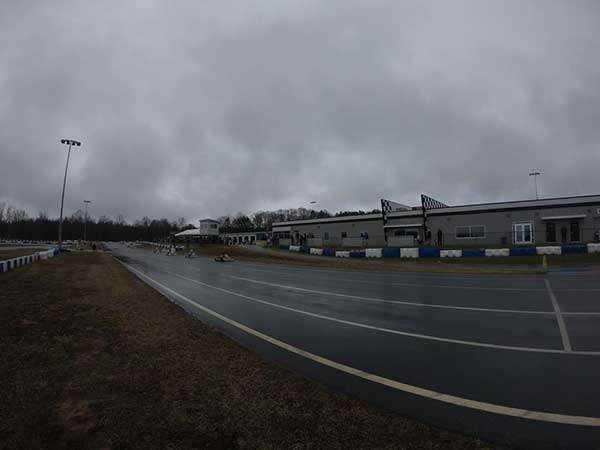 In the IAME Heavy Division final, Matthew Turner was on a roll, leading the opening laps after already winning the Pre-Final and pole in qualifying earlier in the day. Turner strolled to victory, followed by Christopher Hamilton and Logan Cozzie.

In the Briggs LO206 Cadet Division final, Ayden Ingratta led the opening laps of wet-track racing with a heavy rain drizzle still falling on the racing surface. Trailing just behind him was pole-sitter and Pre-Final winner, James Overbeck. Just shy of halfway, the rain drizzle transformed into a heavy rain. As the track conditions continued to decline, Overbeck was able to overtake Ingratta. Overbeck proved his rain racing prowess, pacing the field by nearly nine seconds when the rain picked up. Overbeck scored the win, followed by Ben Maier in second and Sebastian NG in third.

In the Briggs LO206 Junior division, as the single entry, Callum Baxter got some valuable experience in the rain as he earned the final victory in the division as well. 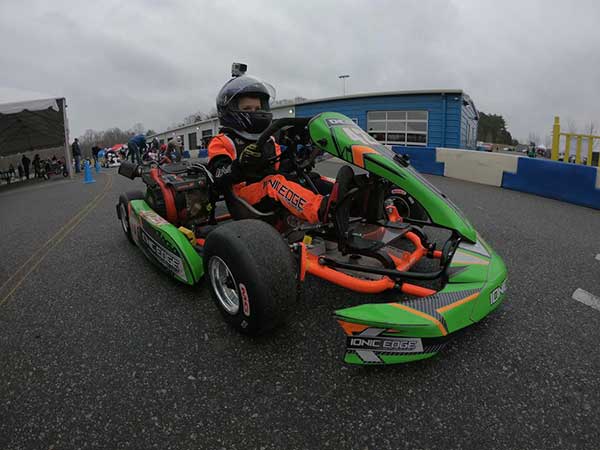 In the Briggs LO206 Senior division’s final, the field of 21 competitors took the green flag on a still rain-soaked track. Brian Boly carefully navigated the opening laps as the leader. Running double-duty, back-to-back races, Matthew Turner had just won the IAME Heavy final, before jumping into his Briggs kart. Turner was on a charge, too, moving from sixth to second in just three laps. Immediately upon securing second, Turner set his sights on Boly’s top position. By halfway, Turner was knocking on Boly’s backdoor. Boly was flawless under pressure to score the win, followed by Turner in second

In the KA100 Junior Division final, Jacob Graham stormed to the lead, building a two-second lead right from the drop of the green flag. Graham continued to pace the field while Donald Whorton II and Tyler Wettengel controlled second and third. With two laps to go, Graham was making it look easy, stretching his lead to over three seconds. Graham easily scored the win, followed by Whorton and Wettengel. However, Talan Drake was given third after Wettengel received post-race penalties.

In the KA100 Senior Division, Nick Losito led the opening laps, only to be overtaken by Blake Hunt on just lap two entering Turn One. Hunt, clearly comfortable in the rain, stretched out his lead to over two seconds. Behind him, Losito lost sufficient ground with a slight off-track excursion in Turn Four, allowing Cal Stewart by for second place. By halfway, Stewart was clocking the fastest laps of the race, lap after lap. Stewart was able to trim Hunt’s lead down to only a second. Maintaining his focus, Hunt answered back with the fastest lap of the race for the final two laps, earning him the victory, followed by Stewart and Losito.

Chase Groh was certainly the young driver to beat in the Kid Kart Division field of six drivers. Groh paced the field with a quick lap of 63.380 seconds in qualifying even on a wet track. Groh went on to win the Final as well. Beckham Lewis and Sam Tutwiler rounded out the podium.

UP NEXT:  Round 2 of the GoPro Motorplex Karting Challenge is on Saturday, March 17.