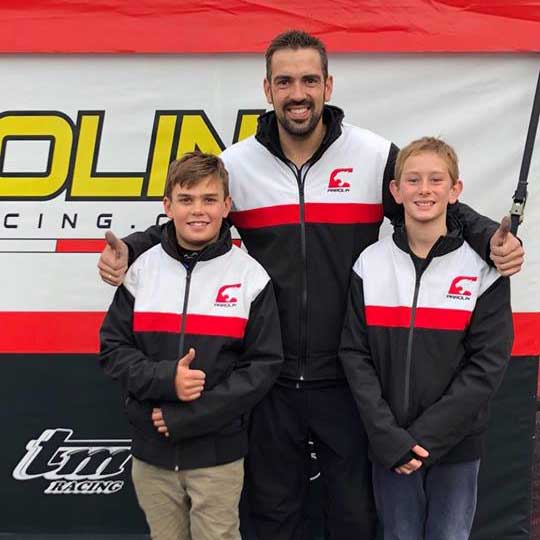 Of the three Australians competing, James Wharton and Joshua Fife both made their Finals.

Wharton started the OK-Junior final from grid 14, but was an early casualty.

“My first European junior race didn’t end as we would have liked” he posted on Facebook. “An over exuberant competitor ended our race early. All in all, happy to qualify for the final and start out of P14 with little testing against some of the best junior karters from all over the world.”

“In the final I got caught up in an incident in the first corner which put me back, but had good pace in the final” he posted. He was forced to start 32nd after a DNF in his fourth heat due to a technical failure while running 10th.

Christian Mansell was ranked 52nd (of 84) in OK-Junior and thus missed the cut for the final.

Results Wrap for the Aussies:

Edition 23 of the Winter Cup has been another memorable one where the strongest teams took part with their top drivers. The meeting was spectacular, intense and a successful weekend, despite rain falling from Saturday evening making the circuit tricky nearly until the last race on Sunday. Luckily, there was no big incidents and everything went smoothly until the final chequered flag closing the curtains on the KZ2 Final. 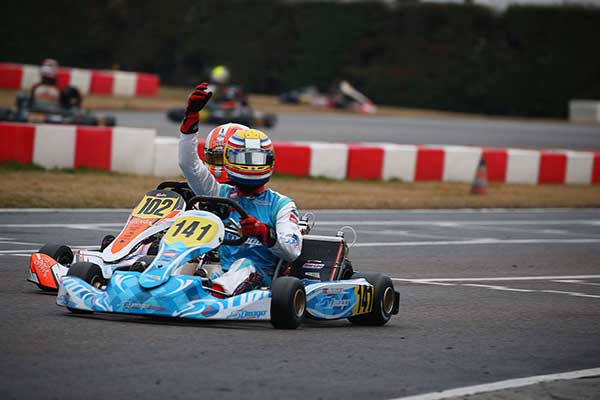 Fourth win in the Winter Cup and victory record for Ben Hanley, who claimed the Final of the 23rd edition pipping the French Anthony Abbasse (Sodikart-Tm) and the Italian Fabian Federer (CRG-Tm) at the sprint to the line. Among the quickest on track, Francesco Celenta (Praga-Tm) was fourth, Jeremy Iglesias (Formula K-Tm) was sixth but posted the fastest lap of the race, and 2017 World Champion Paolo De Conto (CRG-Tm) recovered well from the last spot of the grid taking a final P8.

The other excellent drivers in the top ten were the French Adrien Renaudin (Sodi-Tm) who was fifth, Alexander Schmitz (Tony Kart-Vortex), seventh, the emerging Giuseppe Palomba (Intrepid-Tm) ninth and 2016 World Champion Jorrit Pex (CRG-Tm) in tenth. The two early protagonist of the weekend Alessio Lorandi (Parolin-Tm) and his brother Leonardo Lorandi (Tony Kart-Tm), missed out on taking the podium as the first ended 15th and the second had to retire early from the race but posted the quickest lap of the whole weekend.

Category OK also had a nice and exciting end, as the German Hannes Janker (KR-Parilla-Bridgestone) managed to cross the finish line first proceeding the Dane Nicklas Nielsen (Tony Kart-Vortex), who had to settle for P2. The third place went to the combative Spanish driver Pedro Hiltbrand (CRG-Tm), who confirmed to be among the protagonists of the category in P3. A 10s time penalty relegated the other protagonist of the weekend, and author of the fastest lap, Lorenzo Travisanutto (KR-Parilla) to the final 7h place. 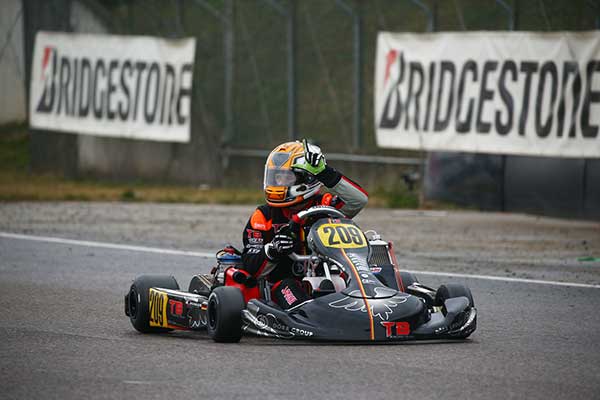 VICTORY HANDED TO ARON IN OK-JUNIOR

In OK-Junior, the duel between the Estonian driver Paul Aron (FA-Vortex-Bridgestone) and Luca Griggs (Exprit-Vortex), saw Griggs having the best of his rival, but the overtaking move was not considered correct. Stewards eventually decided to give Griggs a 1s time penalty and to hand back the lead to Aron. The penalty made Griggs slip down to the third place of the classification, as he also fell behind the French Sami Meguetounif (Formula K-Tm), who inherited P2. Among the sons of excellent drivers, Enzo Trulli (CRG-Tm) was 24th and Sebastian Montoya (Tony Kart-Vortex) 28th. 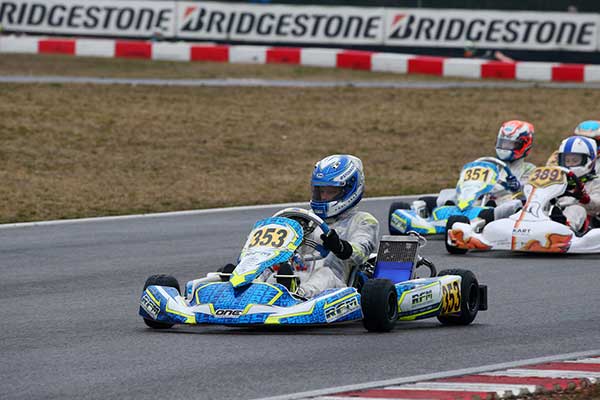 Among the very young drivers of Mini Rok, another son following his father’s footsteps claimed his maiden victory at the Winter Cup. Andrea Kimi Antonelli (Energy-Vortex) had been shining for most of the weekend and took the lead of the race in the closing stages of the Final, leading team mate Karol Pasiewicz from Poland and Cristian Bertuca (Evokart-Vortex). Brando Badoer (Parolin-Vortex) was seventh in this category reserved to the youngest drivers. 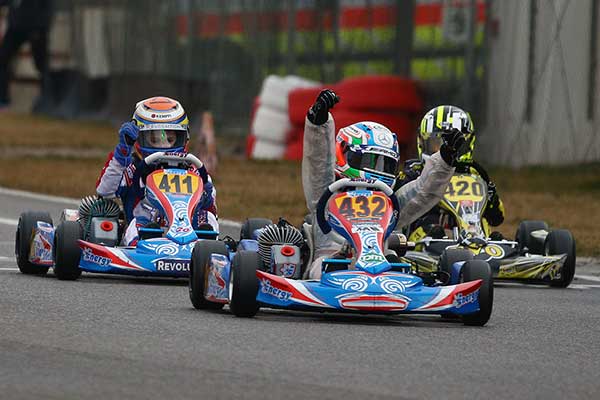