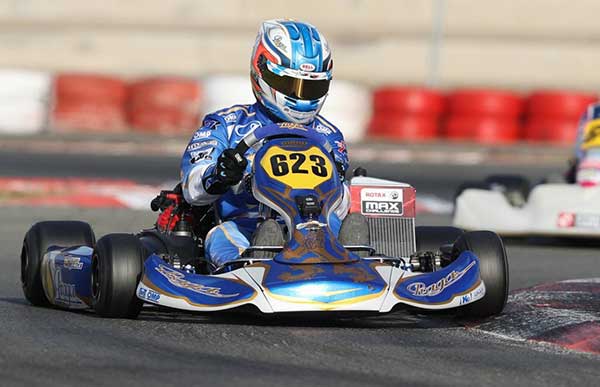 IP Karting Australia is set for another strong Rotax Pro Tour campaign. The 2018 series will see many new & experienced drivers aboard the Praga brand.

Jorge will campaign the 2018 spec chassis in the DD2 class for this round. Both Cash & Jorge will be on hand to assist all the Praga drivers throughout the weekend.

Rotax Light – Ben Jurzak will be back in 2018 looking to build on some strong results from 2017. The team are excited to have Josh Hart returning to the brand along with the experienced Josh Rogers making his Pro Tour debut for the team. Also, Sebastian Blindell will be stepping up to national level competition and is looking to be a consistent force in his maiden year of the series.

Junior Max – This class will see a few fresh faces for the team with Jack Hotter making the move into Junior Max. Front runner Ryan Wood will be looking to lead the pack once again after a stellar debut for the team in 2017. Luke Pink is back! After brief time away from the series Luke will be looking to make a strong impression on the class in 2018.

Kiwis Sebastian Manson (Mini Max) & Samuel Waddell (DD2) will be making the trip over the ditch in their first season with the team.

Finally, IPKarting Australia is looking forward to working with all our dealers & their respective drivers for the 2018 season.