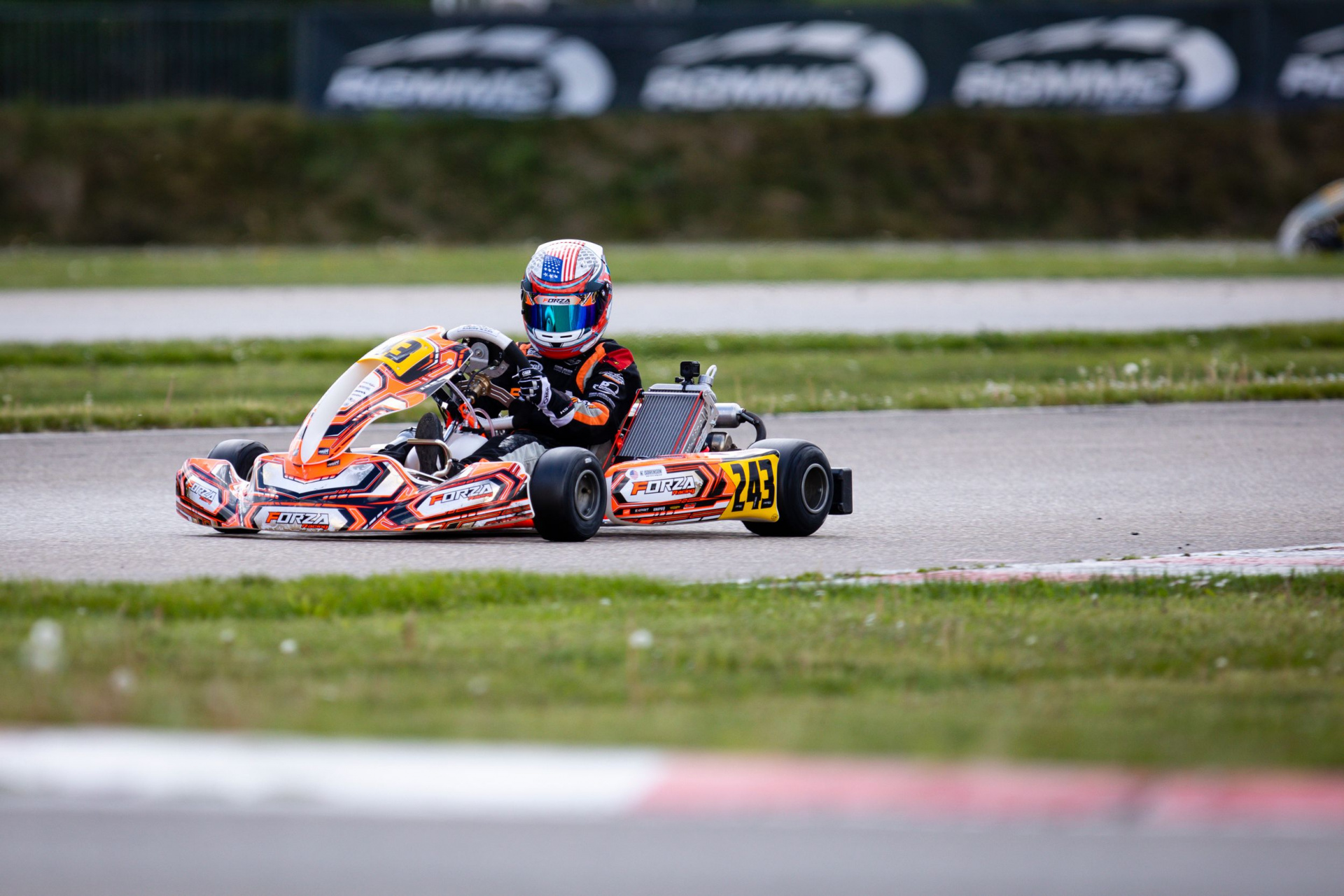 0
0   0
After a week’s break, Kai Sorensen will be back behind the wheel for his second round of the FIA European Championship. This time the American driver will face one of the most twisty tracks on the calendar, the French track of Essay.

An important appointment for Kai who will start with a better feeling and confidence with his new team Forza Racing, which he met only during the Genk race, which ended with a good recovery and the first qualification to the FIA Karting final.

Sorensen will be on track starting tomorrow with the official free practice and qualifying from 15.50 (European time). As usual, on Saturday it will be the turn of the official heats and on Sunday the OKJ final at 14.10.

previous Kai Sorensen gets his first European Championship final
next The desert gear: chassis partners for the RMC Grand Finals 2021 in Bahrain