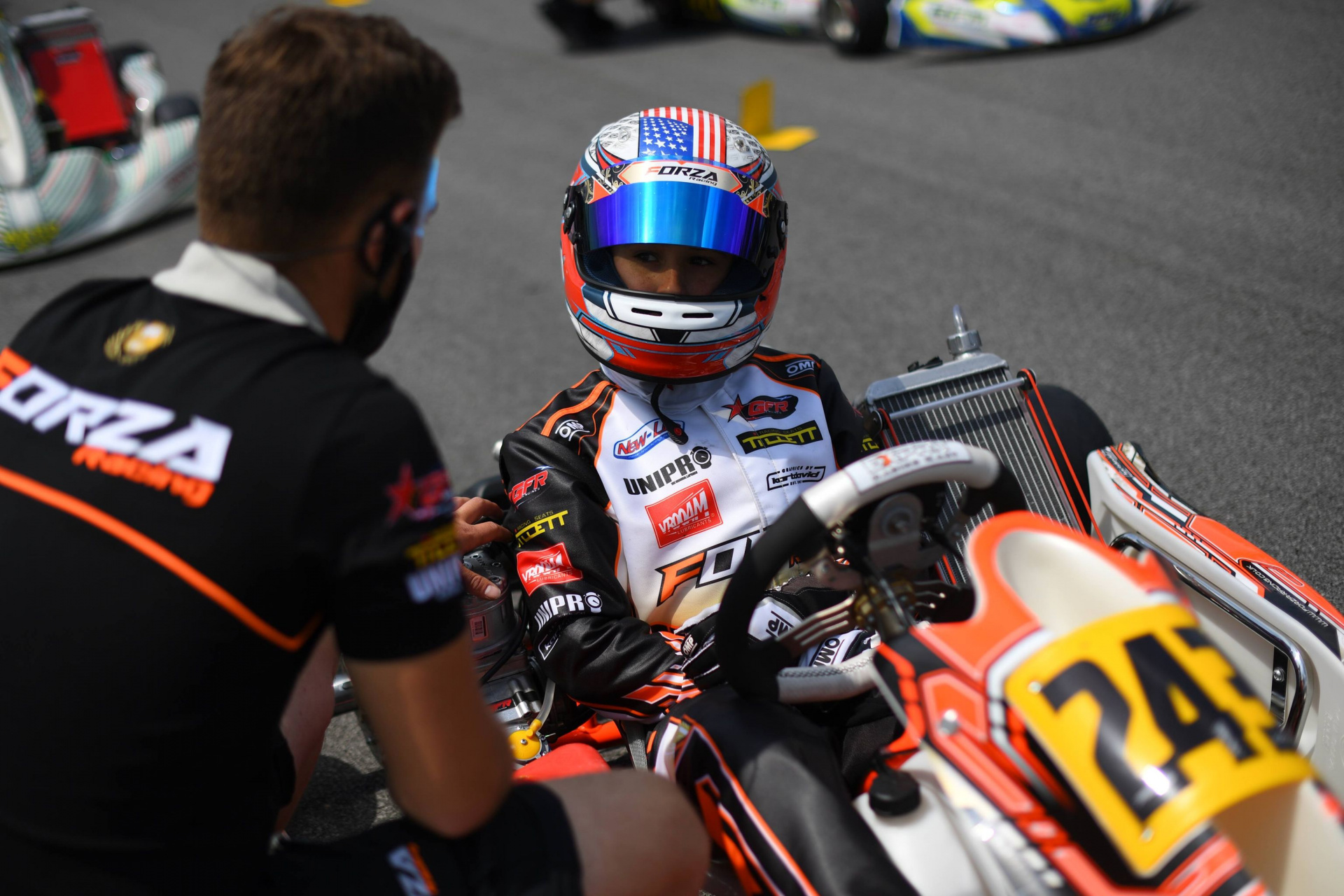 0
0   0
Sorensen put the finishing touches to a weekend that saw him among the best rookies in the Junior category. With a lot of extra experience along with the new chassis and the whole Forza Racing team, the American brought out a lot of his potential.

However, in qualifying he had not managed to find a good lap time, finishing in P9 of Group B. Not an easy start for the star and stripes driver that from Saturday morning onwards has totally changed pace racking up positive performances from the first to the fifth heat. With an eighth, a fourth and three fifth places, Kai then managed to recover in an excellent way up to the eleventh position overall, qualifying for the OKJ final, the first FIA final.

In the final Kai had to pay attention to the many battles on the track since the very first laps, trying not to get involved in any race contact. Under the chequered flag, Sorensen subsequently finished in ninth position, also achieving a top ten finish.