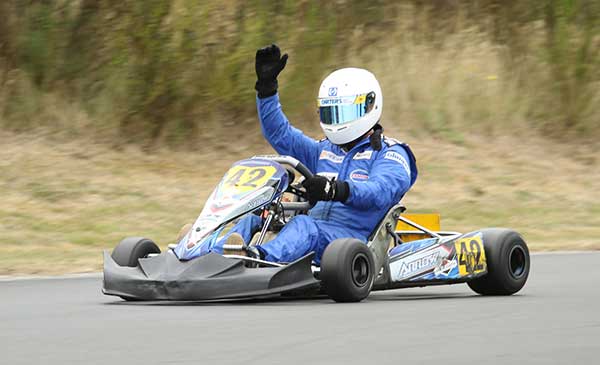 Karters from all over the South Island were rewarded with medals as well as race wins and podium placings at New Zealand’s biennial Master Games in Dunedin at the beginning of the month.

All up, 16 Gold, 15 silver and 10 bronze medals were awarded at the conclusion of the two-day event, organised and run by the KartSport Dunedin club at their Silverstream Raceway near Mosgiel.

Racing started at 11am on Saturday Feb 03 with 5 heats per class then the final 4 heats on Sunday followed by the separate 25 laps Grand Prix to get overall winners in each class.

An added bonus was the owners and drivers of some Vintage karts doing displays throughout the weekend.

KartSport Dunedin committee member Neil Shearer was one of the many competitors (winning Gold himself in the 60+ Rotax Max Heavy class) who enjoyed the karting at this year’s ‘Games and offered these thoughts on how the event went.

“After disappointingly low numbers of entries at the 2016 NZ Masters Games, KartSport Dunedin was happy with this year’s numbers. Half the increased numbers came from the introduction of the Briggs & Stratton LO206 class, which had 8 entries across two age groups. The former mainstay of Masters Games, the KT100 class, was down to just three entries.

“All South Island clubs were represented, with most competitors being current racers, but with several former racers and parents of racers joining in the fun. 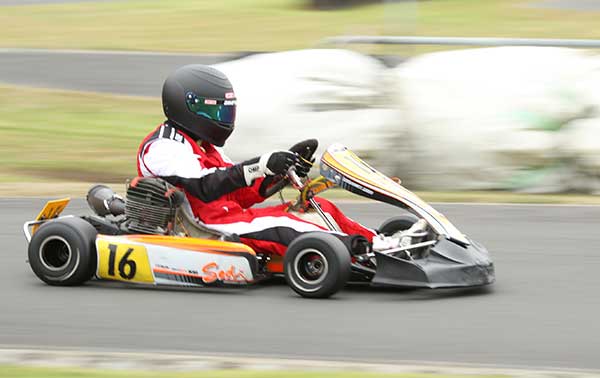 Saturday morning saw the threat of rain, but only a couple of very light falls eventuated, and everyone kept their slicks on all weekend.

The racing on Saturday was in the clockwise direction (reverse for this track), which transforms the track into a very different circuit where passing opportunities are harder to find and mistakes can be very costly. Sunday was anti-clockwise.

I didn’t get to watch all classes, but for me the standout performance was local driver, and oldest competitor, Barrie Lay (who turned 67 on the Saturday) taking out the Gold medal in the Briggs 167kg 50-yrs-and-over class. Barry seldom wins on club days (where we typically only have three Briggs karts), but ran at or near the front of the field most of the weekend. Also in the Briggs class, Tim Evans from Blenheim was very quick and managed to clear a gap on the rest of the all-ages-combined field whenever he made it to the front.

All KT100 entrants were from Invercargill, including KT stalwarts, brother and sister Nigel McAnelly and Maryanne Renton.

Master Games is an event where social interaction is as important as the racing, and the weekend saw many friendships renewed and new ones made. KartSport Dunedin provided a barbecue after racing on both days and many competitors enjoyed the opportunity the share a few yarns. On the Sunday night, many enjoyed the social events at the Games Village. 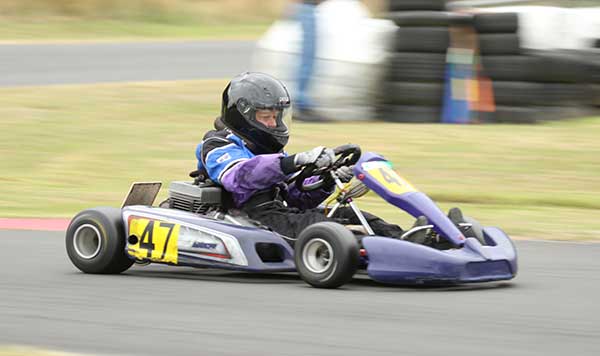 Medal winners at the 2018 Masters Games were;