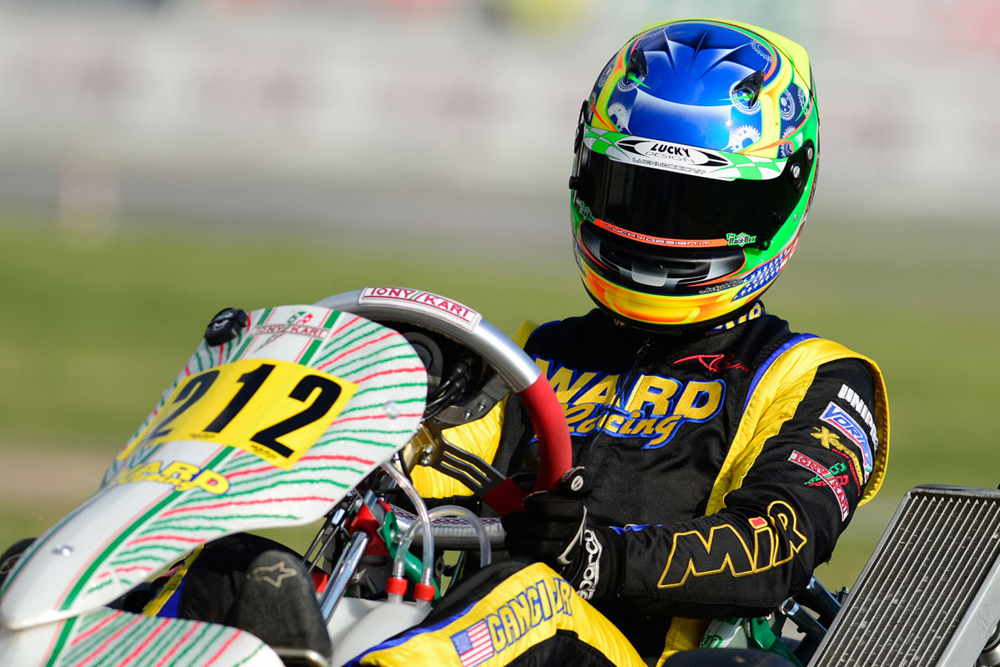 Spring-like weather greeted drivers at the International Circuit Napoli in Sarno, Italy, for the second stop of the WSK Super Master Series, with American Anthony Gangi Jr. continuing his European campaign for 2016. During his rookie effort in the senior karting ranks, and racing against the best drivers in the world, Anthony Gangi Jr. has been determined to make his mark worldwide. Teaming with tuner Matsuura Masanori and Ward Racing, the Tony Kart pilot continues to make improvements each and every round despite running into some bad luck.


Taking on practice sessions and qualifying during both wet and dry conditions, Gangi Jr. found himself 22nd in his category – OK Senior. With a time down the running order, the young talent would need to make up ground in the three heats to follow.

Heat 1 proved unlucky for Gangi Jr., as he found himself out of the running on lap six and classified 27th overall. Running as high as 13th, a blown engine ended his chance at a good run. Making up a few positions in Heat 2, the New York based driver finished 24th despite a stuck power valve. Gangi Jr. then made his best improvement on the weekend, coming home 16th in Heat 3.

Gangi Jr. Shows Speed to Run at the Front

With heat points calculated, the senior class rookie would start the prefinal in the 25th position. Knowing he had speed as fast as leaders, Gangi Jr. went to work in the prefinal. Doing what he does best and showcasing his race craft, the Ward Racing driver pushed his way to finish 17th. Excited for the final, Gangi Jr. had made his way up to 12th until a crash on lap four sent him spiralling down the running order, finishing 20th overall.


“This race was rough, but my team and I were able to work hard to achieve enough speed to be as fast or faster than the frontrunners,” explained Gangi Jr. “I’m still proud of our results, and step by step, race by race, I will be one step closer to success!”