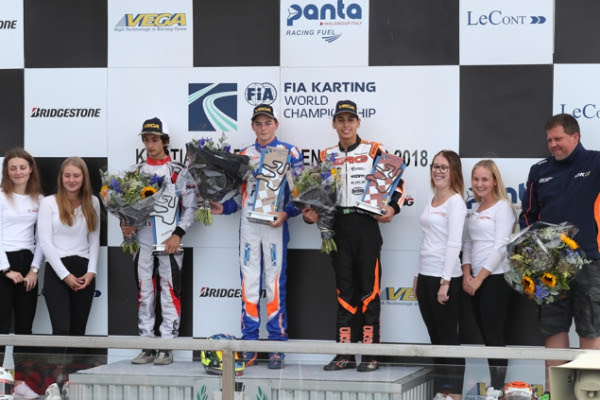 Gabriel Bortoleto secured the third place at the OK-Junior World Championship in Sweden. Great performances were also put in by Bradshaw and Galli in OK. Hiltbrand completed a great comeback. Rosso retired due to the failure of the drive chain.

CRG Racing Team obtained great results in Sweden at the Circuit of Kristianstad where the OK and OK-Junior World Championships reached their conclusion with record numbers: 102 drivers in OK and 113 in OKJ.

CRG drivers put in very strong results also in this round and virtually all of them managed to qualify for the final stages. The podium arrived in OK-Junior with the young and promising driver Gabriel Bortoleto, who is at his third European Championship and now has a third place in OKJ under his belt, a result that confirms his speed and the quality of the CRG-TM package. 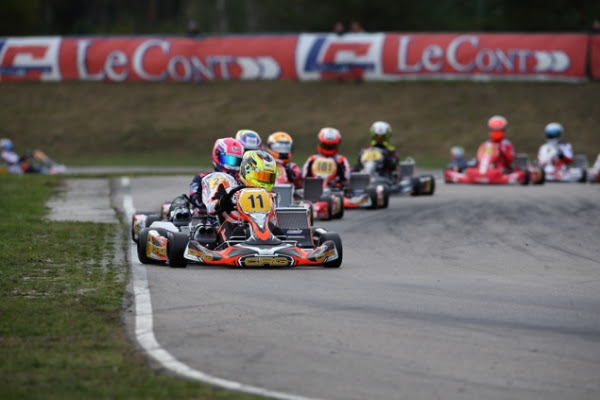 The level of performance in OK was also very high and Callum Bradshaw, who was eventually sixth in the Final after recovering 10 places, could have aimed to the podium if his starting position had not been badly affected by the result of the closing heat.

Olin Galli Vieira also finished within the top ten taking an amazing ninth place after starting from P30. Several hiccups in qualifying relegated Pedro Hildbrand to start from the back of the grid, but he also put in an exceptional comeback race ending 13th after recovering a stunning 18 places. Andrea Rosso had to retire from the Final due to the failure of the drive chain, but he put in great performances during the whole weekend. Ayrton Fontecha could not qualify for the Final instead. 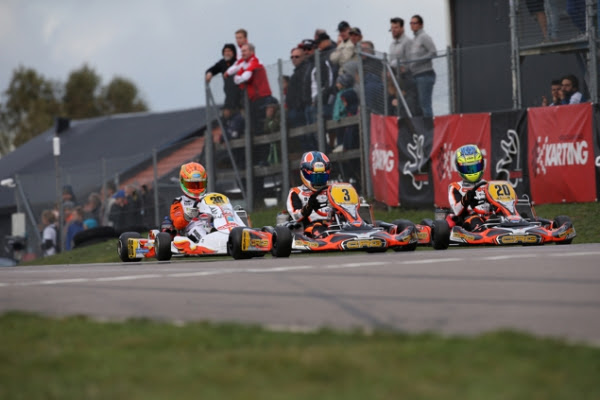 Alongside the third place obtained by Gabriel Bortoleto, other good satisfactions could have come from OK-Junior’s Final, but several issues did not allow the other drivers of the Italian outfit to shine as they would have deserved. A positive performance was eventually put in by Enzo Riccardo Scionti, who ended the Final in 14th place, while Enzo Trulli was 25th at the end of a good qualifying. Alfio Andrea Spina was penalized first and disqualified later on due to the front fairing dropped after a contact, which is still quite a debated and controversial topic. Christian Ho Zong Sean, Tyler Gonzalez, Tyler Maxson and Xizheng Huang could not qualify for the OK-Junior Final instead.

Gabriel Bortoleto (OKJ): “Ending third out of more than 110 of the best drivers in the World is a great result and I am very happy about it. The podium at this World Championship is a great end to a season in which we have always been among the protagonists, starting from WSK races all the way to the 3rd place at the European Championship. Unfortunately, I was on the outside at the start of this Final and I lost contact with the front runners, therefore I had to push hard early on to fill the gap and towards the end I had a slight performance drop. I want to really thank the team that made me grow as a driver in the past couple of years and TM that provided us with an excellent support regarding engines. After this good result I am ready to make my debut in OK in the season’s finale.”

Callum Bradshaw (OK): “I am very happy about the 6th place and my driving in the Final that allowed me to get a lot of places back. The team did an exceptional work for the whole weekend and, despite the changing weather conditions, we always had excellent performances. Unfortunately, we did not finish one heat due to some tough luck and this prevented us to start the Final from the top ten. I am pretty sure we could have fought for the podium.”

Glenn Keyaert (Team manager): “The most positive aspect is that we placed nearly all our drivers on the starting grid of the Final. With more than 100 drivers on track, being among the top 34 is definitely not a sure thing. Our technical package has been versatile in all conditions. From the wet to the dry it always provided drivers with a good feeling on track and podium performances in both categories. I would like to thank the staff of the racing team that accomplished a great work in this World Championship, as well as our technical partners. I congratulate Gabriel Bortoleto for this great race that confirmed him among the most interesting drivers of OK Junior.”