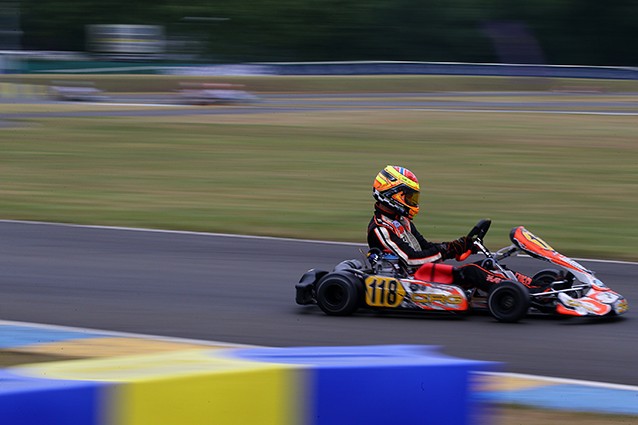 CRG HEADING TO FINLAND FOR THE FOURTH ROUND OF THE CIK-FIA OK & OKJ EUROPEAN CHAMPIONSHIP
The final sprint of the European Championships is about to kick off from Finland in the weekend of July 23rd with categories OK and OK-Junior on track for the second-last act of the series, that will end the following week in Sweden, alongside KZ and KZ2.

CRG Racing Team is heading to Finland with great chances both in OK and OK-Junior, thanks also to the growth shown by its drivers in international races.

HAUGER HUNTING FOR A TOP POSITION IN OK

The young Norwegian of CRG Dennis Hauger has been very competitive and has turned out to be an excellent protagonist of the recent races of the European Championship in Le Mans and in Germany, where he secured a double win in the DKM round of Wackersdorf. After the three rounds of the European Championship held in Sarno, Oviedo and Le Mans, Hauger is standing ninth in the classification 16 points shy of the leader, therefore he is well in the fight for a position on top of the charts.

The other CRG drivers have also strong chances to make a good display in Finland. Flavio Camponeschi has been quite unlucky in the recent race in Le Mans but has been very quick, as the German Hannes Janker, the Spanish driver Kilian Meyer and the Brit Callum Bradshaw. They will all have the goal of climbing the classification up to get ready for the grand finale of the season.

CRG works team for OK-Junior will include the quick and competitive Brazilian Gabriel Bortoleto, who is currently seventh in the Championship with a 28 points gap to the top, and the young German Donar Munding.

All results, Live Timing and Live TV will be available at www.cikfia.com and www.wskarting.it