CRG IN LONATO FOR THE 28TH ANDREA MARGUTTI TROPHY 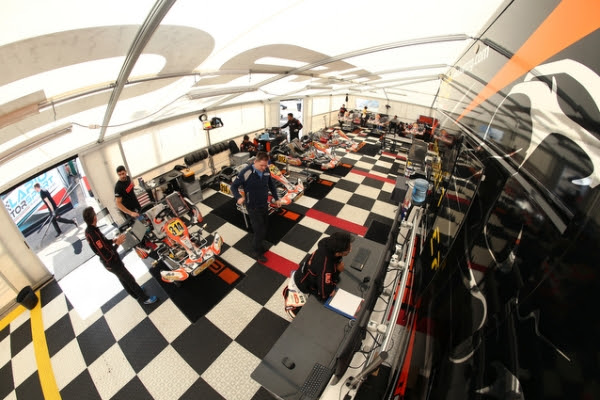 CRG will have a consistent presence at the 28th Andrea Margutti Trophy. An interesting young driver like Luca Giardelli coming from 60 Mini will make his debut in OK-Junior. Former winner of the Margutti Trophy back in 2004 Henkie Waldschmidt will be back among the CRG’s ranks in OK. Several drivers all set for a good race in KZ2.

CRG is going to be busy on track at the South Garda Karting of Lonato this coming weekend for the 28th Andrea Margutti Trophy, the traditional event that will be run in the memory of the young Andrea Margutti. The race organized by Parma Motorsport will have a remarkable 223 drivers at the start.


LUCA GIARDELLI TO DEBUT IN OK-JUNIOR

CRG colors will have good chances to shine in all categories, some novelties and an interesting debut will take place in OK-Junior. The very young Luca Giardelli will make in fact his debut in this category after showing his potential in 60 Mini with team Gamoto. Luca Giardelli, 12yrs next June 4th, joined CRG works team alongside his older brother Alessandro, who will be racing in KZ2.

HENKIE WALDSCHMIDT BACK TO CRG IN OK


CRG’s main novelty of OK is the comeback of the Dutch Henkie Waldschmidt. The class 1988 driver won the 100 ICA Marguttti Trophy back in 2004. In the same year the Dutch driver won also the Italian Open Masters Championship, the French Championship and was third in the European Championship on CRG-Maxter. Following these and other victories,Waldschmidt moved to motorsport to compete in Formula Renault and Formula 3 Euroseries and became part of the Toyota Formula 1 young drivers project from 2006. He took part in a F1 test for Toyota in 2008.

CRG DRIVERS READY FOR A GOOD RACE IN KZ2


CRG will field Alessandro Giardelli and Marco Valenti in KZ2, while Mirko Torsellini will be assisted by Modena Kart in this race as Lucio Masini, all these drivers will be on CRG-Tm. The two time KZ2 European Champion and former winner of the Andrea Margutti Trophy Fabian Federer has been entered by SRP Racing Team, Thomas Neumann, Fabrizio Rosati andKaspar Kallasmaa alike. Team BRT will line up the two Bulgarians Stefano Lovchaliev and Beyan Faik. The other private drivers on CRG will be Daniele Vezzelli, the Ukrainian Oleksander Sovych, Mattia Lugli and Gabriele Bensi.

A LOT OF YOUNG DRIVERS IN 60 MINI WITH CRG

CRG chassis presence in 60 Mini, category with more than 60 drivers at the start, will be quite consistent as usual. Team CRG Gamoto will line up Alfio Spina, the Spaniard Tommy Pintos and the Russian Miron Pingasov, M2 Racing the Spanish driver Lucas Pons, DCK the Belgian Lorens Lecertua, JN Motorsport the Dane Noah Degnbol Moller, GP Racing Lorenzo Cioni, and other private drivers like Gregorio Bertocco and Filippo Croccolino.

tags: 2017 CRG TROFEO
previous Successive strong results for Sodi
next ROK CUP USA ROUND FOUR IS JUST AROUND THE CORNER