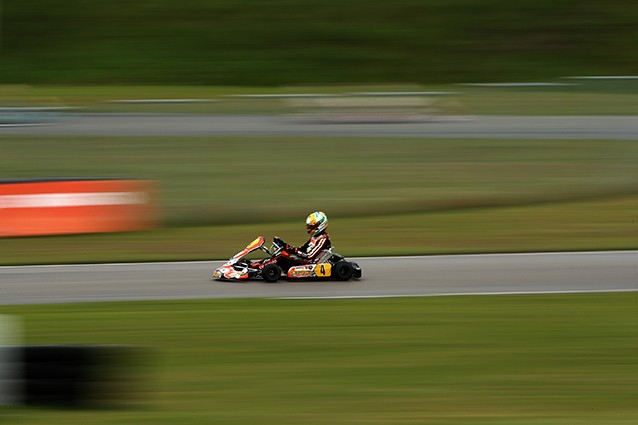 All is set ahead of the first great challenge of the year with the World Championship scheduled for September 10th in Wackersdorf (Germany). Up for grabs are the world title of KZ and the International Super Cup of KZ2. CRG is the reigning champion in both categories.

The big moment of the year arrived with the first of the two most important weekends of the season: the KZ World Championship and the International KZ2 Super Cup, that will take place on September 10th in Wackersdorf (Germany). The second big event will get underway in the weekend of September 24th in England at the PFI circuit, that will stage the World Championship of categories OK and OK-Junior.

Two crucial and “magic” karting events for a very famous and glorious outfit like CRG, that is the reigning champion after winning the KZ World Championship with Paolo De Conto and the International KZ2 Super Cup 2016 with Pedro Hiltbrand, who also won the OK World Championship, are ahead.

CRG’s history is full of great International wins and its hall of fame is particularly relevant in the shifter category, where CRG has displayed an unquestionable competitiveness over the years. In KZ, the 2016 World Championship title was won by CRG with Paolo De Conto, but he previous year CRG secured the title with Jorrit Pex, in 2013 with Max Verstappen, in 2011 with Jonathan Thonon, who also won it in 2007, 2008 and 2009. In recent years, CRG has won the KZ2 CIK-FIA title with Pedro Hiltbrand in 2016, and with Jordon Lennox-Lamb in 2012. The Italian outfit has a remarkable past in the shifter category and it claimed 14 CIK-FIA world titles from the first taken by Gabriele Tarquini in 1984, that won in 1985 by Piermario Cantoni, and then again Gianluca Giorgi’s in 1989, Danilo Rossi’s in 1992, Alessandro Piccini’s in 1993 and the one secured by Ryan Van Der Burgt in 2014 on DR chassis by CRG.

Paolo De Conto: “We are used to the pressure that normally is on the favourites and are getting ready in the best way to give all what we have. There is a strong synergy among our technicians and those of TM regarding engines, and we are working full speed to confirm the #1 we have on the fairing this year.”

Flavio Camponeschi: “I will be contesting the KZ and OK World Championships. We have the technical potential to aim high in both races, and I am focused on scoring the important result that, due to some bad luck, went missing this year in CIK-FIA races.”

CRG, QUALITY AND QUANTITY IN KZ2

CRG aims also to shine in KZ2 at Wackersdorf, and therefore it will field a great line-up both in terms of quality and quantity. CRG’s presence will feature works drivers like the Spanish Enrico Prosperi and Gerard Cebrian Ariza, the French Emilien Denner (on Kalì-Kart chassiss), but also privateers like the Italian Fabrizio Rosati and the Germans Toni Tscentscher, Valentin Wiesender and Felix Windfellner of SRP Racing Team, the Dutch drivers Max Tubben and Joey Hanssen, the Canadian Antonio Serravalle, the Swedes Benjamin Persson and Andreas Johansson of CRG Holland, the Dutch drivers Dylan Davies and Kay Van Berlo of CRG Keijzer Racing, the Germans Moritz Horn and Dominik Schmidt of CRG TB Racing Team, the German Markus Pschick, the Swiss André Reinhard and the Finn Jaakko Ruotsalainen.

THE PROGRAMME OF WACKERSDORF