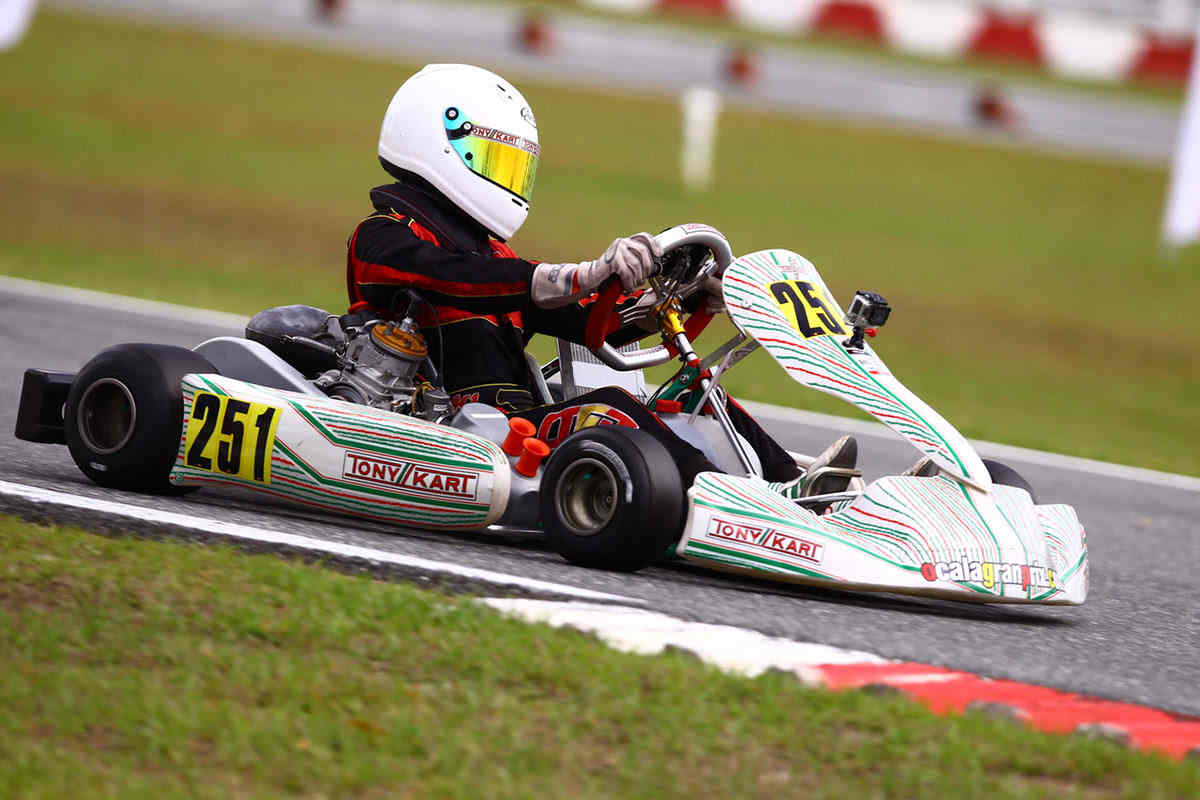 0
0   0
“Ocala Gran Prix driver shows speed and growth throughout the series”
Ocala Gran Prix junior driver Dylan Gennaro claimed a championship podium result at the 2017 MAXSpeed Entertainment Florida Winter Tour. Competing in the Vortex ROK Junior division, the Ocala, Florida resident improved throughout the three event series to claim the Vice Champion title.
“The complete Ocala Gran Prix team has been incredible in making sure that Dylan is a front runner in not only regional level competition, but national level racing as well,” explained Jorge Arellano. “He has been able to change from a mid pack driver to a front of the field racer and we are happy to have him as part of the team.”

Starting the season at the Homestead Karting complex in Homestead, Florida, the Tony Kart driver faired well, but the results were not what he had hoped. Focusing on improvement and throwing his hat in the mix for the series championship, Gennaro then went to the Palm Beach Karting facility and was on pace from the very first session. Flexing his muscles in qualifying, the Ocala Gran prix driver claimed the pole position for the heat races and a front row starting spot for the main event before ending his weekend in the second position.
Heading to his home facility for round three, Gennaro was once again on the podium when the final checkered flag had flown. Claiming the third position in the event, Gennaro garnered enough points to stand on the championship podium in the second position. Fellow Ocala Gran Prix teammates Eduardo Barrichello and Zachary Hollingshead would also claim top-ten results in the end of the series title chase with Barrichello ending his series in the fourth position and Zachary Hollingshead in P8.
The Ocala Gran Prix race team will once again be on track this weekend at the final round of the Rotax MAX Challenge portion of the Florida Winter Tour. With practice already underway, qualifying and wheel-to-wheel competition will begin on Friday with race winners and champions being crowned Sunday afternoon.
For more information on Ocala Gran Prix, OGP race team opportunities and info on how to get into karting, please visit Ocala Gran Prix online at www.OcalaGranPrix.com or contact them at 352.291.0600 or via e-mail to Info@OcalaGranPrix.com.
tags: Barrichelo Ocala Gran Prix
previous CRG, FIRST VICTORIES FOR JORRIT PEX AND HAUGER IN THE HEATS OF WSK
next WSK Super Master Series in Muro Leccese: the top drivers of the heats are Hajek (Kosmic-Vortex KZ2), Novalak (Tony Kart-Vortex OK), Edgar (Exprit-TM OKJ) and Minì (Parolin-TM 60Mini).