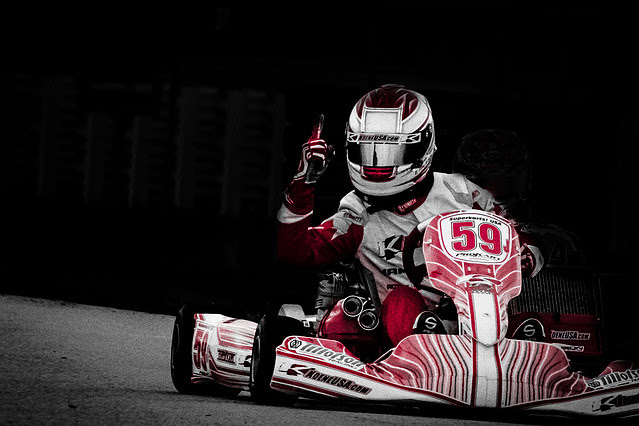 Taking home the main event win in the featured category on the weekend, Finlayson started his 2016 season off on the right foot and will look to carry the momentum throughout the season.

On Tuesday, Finlayson piloted his Team Koene USA Tony Kart to a second place starting position for the first heat race, where he finished fourth. He brought home a win in the day’s second heat. For the final, FInlayson took the green from pole position and he would go on to finish the race in first place, by a margin of 1.6 seconds, after leading every lap.

On Wednesday, Finlayson qualified sixteenth, passing a few rivals to finish thirteenth in the day’s first heat. He improved to an eighth place finish in the second heat. For the final, Finlayson started in tenth place, working his way through the field to a solid fifth place finish, rebounding from his qualifying performance.

A win on Tuesday and a fifth place finish on Wednesday secured the Daytona Pro IAME Senior event championship for Finlayson, against the likes of NASCAR Nextel Cup driver A.J. Allmendinger and others in a field of 47 drivers.

Finlayson has driven for Team Koene USA the past two seasons. In 2015, he won the United States Pro Kart Series (USPKS) Leopard Pro national championship with the team and was ranked number four in the eKartingNews.com TaG driver rankings.