GREEN LIGHTS TO THE 44th TROFEO DELLE INDUSTRIE IN LONATO 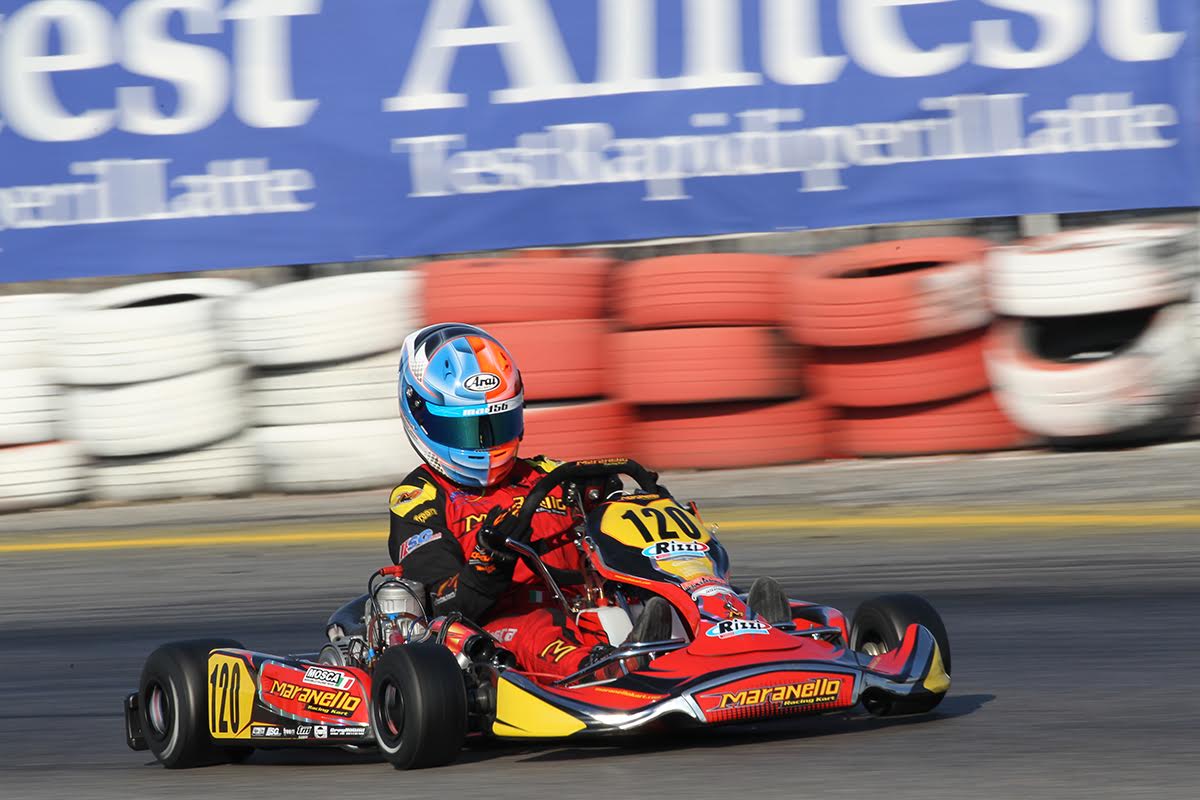 categories KZ2, KF Junior and 60 Mini at the 44th edition of the Trofeo delle

The 44th edition of the Trofeo delle Industrie, the most ancient karting race that is still

continuously been held and organized since 1971 by Parma Karting, started on a high at the

Out of the 141 drivers entered in the event that is part of the CIK-FIA calendar, 134 made it actively

to the track for this 44th Trofeo delle Industrie, with a lot of strong names in the three categories

The first day of KZ2 free practice saw a great battle among the 62 drivers on track, as the young

emerging driver Tommaso Mosca, on Maranello-Tm, has been the quickest so far in 41.181s.

A good challenge among the top racers of this event has already kicked off. The quickest in the

other practice sessions have been Andrea Dalè (CRG-Tm) in two occasions, as did the Italian

Pelizzari (CKR-Modena) and Davide Forè (CRG-Tm). A good performance has been put in by

including top names are therefore all set to challenge each other.

In KF Junior, category that sees 35 drivers at the start, the quickest has been the Swede of team

other two sessions. The quickest time in the other three sessions was set by the Finn Konsta

In 60 Mini, that had 37 drivers on track, Francesco Crescente (Tony Kart-Tm) has been the

quickest absolute in 49.627s, and he posted the quickest time in two sessions, but several other

drivers were only a few thousands short of him as Mattia Michelotto (Energy-Parilla), who was the

The programme of the 44th Trofeo delle Industrie: