Jordon Lennox-Lamb: the view of a top Driver on OK engines 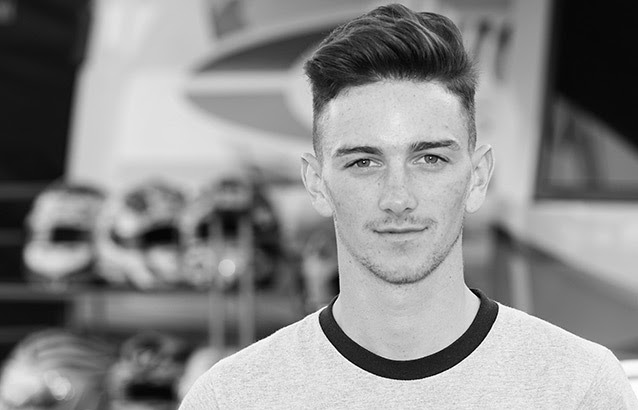 The Briton Jordon Lennox-Lamb has extensive experience of high-level karting. The Vice-World Champion in KF in 2015, he has actively participated in the development of the new OK engines with the IAME factory. He has delivered a highly relevant analysis of the new generation of direct-drive kart engines which will come into use from 2016.

“I’m really enthusiastic about the OK engines. The introduction of a simplified exhaust valve and a one-make exhaust are excellent decisions to facilitate the wider deployment of these engines in every country. The OK engine is very nice to drive. Its maximum speed and how it is achieved, combined with the lightness of ever ything, provides thrills that had been forgotten. In comparative tests, an OK kart proved to be half a second faster than a KF at Lonato. In the same vein, still at Lonato, the top speed is not achieved at the end of the straight, but later, after the wide curve, because the OK can accelerate for longer.”

“It is close to the sensations produced by the old 100cc. The removal of the hand-controlled front brakes follows the same logic. The talent of the driver will be more important in overtaking with this configuration, as it will require a greater sensitivity to the kart’s grip to avoid locking the rear wheels. Some are already saying that OK will be more physical to drive, but again, this is positive for developing good drivers. For me, this is not a problem and I think it is not bad that young people need to work on their fitness more!”

” Like everyone else, I hope that the different brands will be close in performance from the start of the season to avoid a possible arms race to make up the gap. The management of the races in OK-Junior remains subject to a number of questions, as the 13-15 age group will need to get used to the disappearance of the clutch and the starter. But I am convinced that OK engines have the potential to fulfill their goal and attract a greater number of drivers worldwide. I personally am looking forward to competing in OK races.”