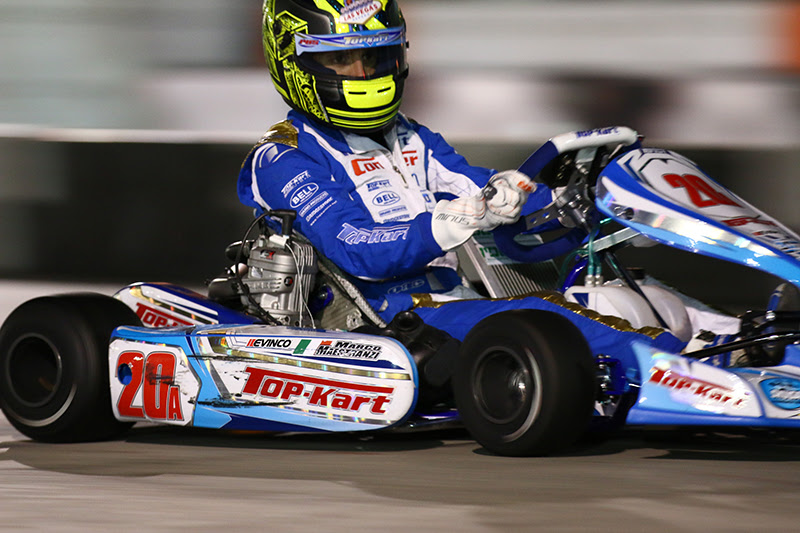 P1 Engines brought home strong results from the SuperKarts! USA (SKUSA) SuperNationals 20 in Las Vegas, Nevada. Being one of the most competitive events of the year, their engines ran strong all weekend for their drivers . The team drivers earned multiple podium appearances and strong finishes at the final race of the season, making the event an overall success for the California engine builder.


P1 engines set the pace in the X30 Senior category by securing the pole and off pole positions in qualifying. Marco Maestranzi took the pole, and Joshua Car of J3 Competition earned the off pole position. This was Maestranzi’s first pole in SuperNats competition. He would continue to see strong results throughout the heats, earning third, sixth, and tenth place finishing positions. Maestranzi started the final in seventh and took home a fifth place finish. Car also had success in the heats, earning third and seventh place finishes. He had an unfortunate 20th place finish in the second heat due to a wreck on the start. This finish would give him a starting position outside of the top-ten for the final, but Car drove his way to the front and quickly became a contender for the win. After a tough last-lap battle, Car came home with a third place finish. Austin Garrison posted strong results in the heats with a second, fifth, and fourth place finish, showing he would be a contender in the final. Unfortunately, Garrison would end his SuperNats with a DNF after facing issues on the opening lap.

In X30 Junior, Harrison Hoey posted a seventh place qualifying effort to start his weekend. After a couple difficult heat races, he would redeem himself with a 15th place finish in the final. Broc Feeney qualified in the eighth position, showing he had the speed to be a top-ten contender all weekend. With two good heat races and one with an unfortunate finish, he would start the final near the rear of the field. Feeney finished in the 33rd position in the final. Dante Yu and Kameron Perry also had strong qualifying efforts, qualifying ninth and 13th respectively. Yu was a top-ten finisher in the heats, but unfortunately made contact with the barriers in the final and earned a DNF. Oliver Calvo started his weekend qualifying in 27th, but improved throughout the heats with two seventh place finishes. In the final, he worked his way through the field and earned a fifth place finish after a solid drive. Nicholas d’Orlando also overcame a bad qualifying run, improving throughout the weekend to earn a tenth place starting position in the final. He showed great speed in the final and made his way to the front of the field, ending his weekend with a third place finish.

P1 Engines would like to thank all of the karting shops and drivers for putting their engines on their karts and allowing the engines to compete at the highest level of karting in North America. We have had a great 2016 season and look forward to 2017.