The Bedard Family, the racers at heart! 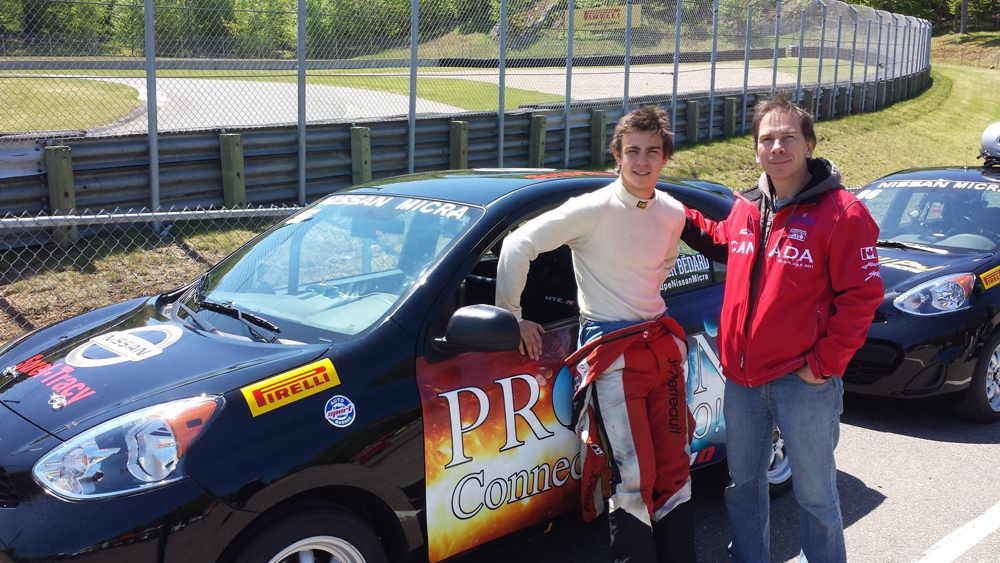 Do you know the Bedard’s , if not well you will after you read this!

Let’s start at the begining ,


It all started with a desire , a desire to race . In quebec we, the racers are known for two things race for pleasure or at the other extreme race as hard as we can and we can show for that with a number of examples like Jaques Villeneuve in the 90s who went all the way to F1 proved that we had it in our blood, only to get affected from the stardom and tumble all the way down to 2016! Other drivers have made it in Nascar and Indy car like Andrew Ranger , Alex Tagliani, and Patrick Carpentier.

You also have the new generation with the likes of Robert Wickens being in his second season of DTM German racing with Mercedes and Nicolas Latifi going straight to GP2 Racing aiming for F1 having been selected by Renault F1 to test the car at select friday practices during the year.

Now let’s get back to Bédard, you might not know this man but he is a example of passion of racing, his name Robert Bédard. He has since I’ve known him, been an example of passion, meaning that he puts to shame a lot of people because they see they’re job as job not a passion. And that is the exact reason why he get’s out casted in every racing series he enterres. One way of looking at him would be fear, because he is so motivated by the passion of going as fast as possible that he forgets every other aspect such as talking and making friends which is not easy when you are the fastest.

He started his racing career at 18 years old, racing Motocross but soon realising the dollar sign was very important he left that passion to be forgotten, until he was  28 years old. Now wanting to revive his racing ambitions he started racing in Solo racing without passing at various tracks such as Tremblant , St-eustache and Sanair.

Bédard then went on to race karts in the Yamaha 100 series for 4 seasons then made his debut in Shifter for 2 years not seeing much success, went on to the Rotax series seeing him being the vice champion and getting him a ticket to the first Rotax world Championchip in Portorico , he also had great success in the Biland France Challenge at the Alles Circuit where he won in the Tony kart Chassis with a regulation motor.

Robert’s dream was to be an F1 driver but being to old at this point in his carrer, he encouraged his son to  put forward his ambitions to be and F1 legend.


Wanting to at this point, to be a role model for other super star drivers, Robert started his kart racing school based in St-Roch-De-L’achigan to teach his passion which was at it’s purist level to other young drivers. Having a lot of success with drivers he then went on to push his 6 year old son to be the best that he could.

Now With his son, we know him as the Olivier Bédard I would like to call him Ice man version QC , he is the driver which shows the less emotion but with the most ambition and knowing his limits to the thousands of a millimeter on track he is a ruthless opponent now backed by a multinationals such as Nissan.

Olivier now 18 years old is a versatile driver being able to drive in open and closed wheel cars at a world level. He is in my mind one of the greatest drivers.

His number one effort is being a self employed race driver being a very attentive learner . If this aspect of his career does not pan out he would like to become a leader in the business industry leaving his mark either way.

Olivier is a pure bread driver , vying for speed and the will to surpass himself in every way possible.


What you see with a lot of top drivers, is that they are to sure of them selves , I Have asked this question to Olivier. He assured me that even tho he has multiple accomplishments to his active, he does not let stardom affect his focus and goes on track trying to beat himself every lap pushing more.

Olivier being an unusual candid personality, I asked him what is the most usual path to a driver to either F1 or NASCAR and he answered, haha it was a lot more easy 20 years ago, and i would also say it was easier and more open. But as you know even though you have the skills doesn’t mean you have the money . Which in the long run is unfortunate because you have to have the people skills but also have to be the best of the racers, which don’t always have that constraint.

But let your selves imagine the underdog the one no one ever expected to make it but, by some miracle of being at the right time at that very place makes it and becomes, the one that would defy all odds. would you as race fans support him , hell i would I’ve always gone for the one I would believe the most in!!! Even if that person or driver in that case is the least probable candidate.

If you look at Olivier and actually compare him to other drivers he has given more visibility to his sponsors over the years than any other driver at the same level then him, be it positive or negative.

What does he think about his dream of getting to F1!!!

A response from Olivier Bédard : “what I am missing is Money and contacts which is if you look at it objectively is the most straight forward problem, it works or… it doesn’t .

I would like to thank you Olivier and Robert fro taking the time to answer my questions and i wish the best of luck to Olivier in his 2016 season.