WHAT A SPECTACLE AT THE 44th TROFEO DELLE INDUSTRIE IN LONATO! 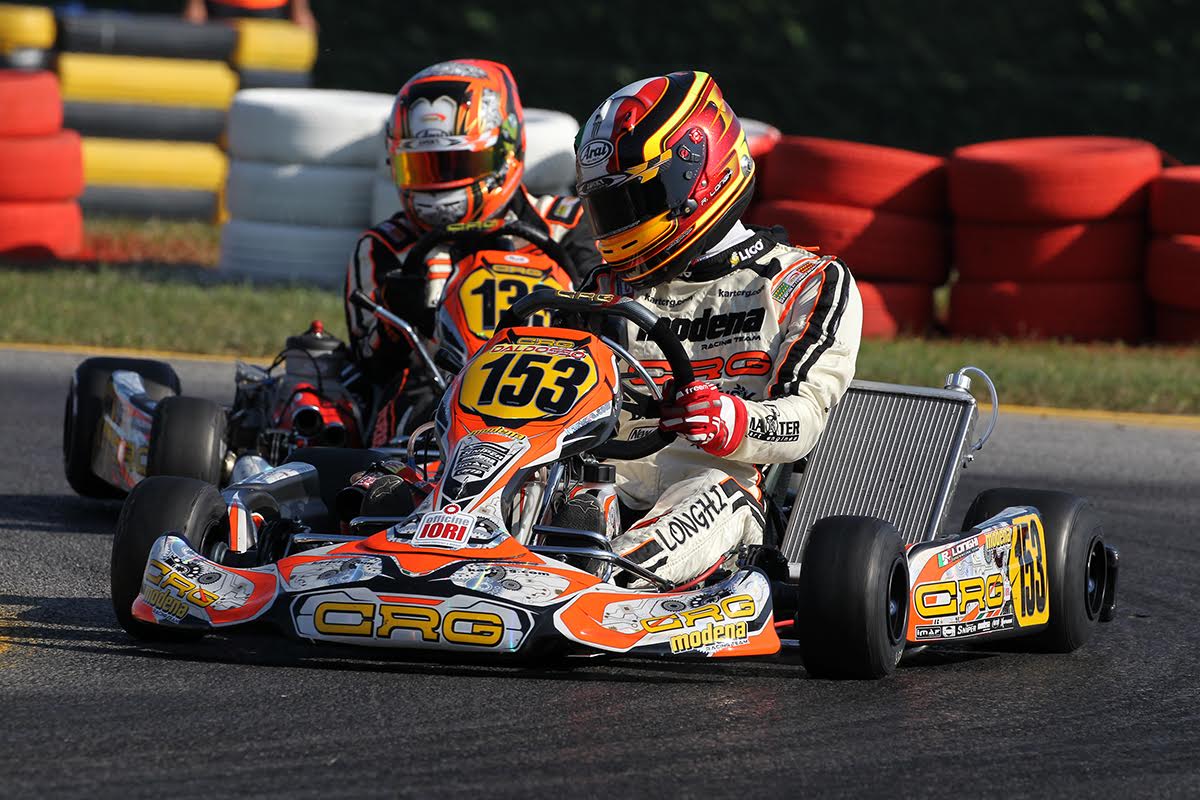 A great spectacle was awaited for the 44th edition of the Trofeo delle Industrie at South Garda Karting of Lonato, but such an high level was difficult to foresee. Qualifying on Saturday morning and heats in the afternoon saw a good number of protagonists coming to the fore in all three categories, even though KZ2 was top class!

Category KZ2 launched a lot of contenders to the final win of this 44th edition, as some of the favourites but also several underdogs shining. The first and most exciting news is the perfect equality at the end of the heats between Italian reigning champion Riccardo Longhi on CRG-Tm, and European 2011 champion Fabian Federer, on CRG-Maxter.

Two wins each and a second place each, the discriminant of the quickest time in qualifying did not help to break the tie either, as they had posted the same time: 41.336s! This special duel was eventually won by Longhi as his second quickest time in qualifying was a 41.347s that beat the 41.363s set by Federer! Not bad in terms of odds… The third place after heats is occupied by the young Tommaso Mosca, on Maranello-Tm, as he claimed two wins and a third place.

Among the other protagonists, Andrea Dalè, on CRG-Tm, set the pole position in qualifying, Simo Puhakka, on CRG-Maxter, has always been among the pace setters together with Giacomo Pollini (CRG-Tm), Lorenzo Lapina(Italcorse-Modena), and a surprising Leonardo Lorandi (Tony Kart-Vortex), who was virtually at his debut in KZ2. Unfortunately, Davide Forè (CRG-Tm), is missing from the top places of the classification after the heats, as he was involved in an incident with Enrico Bernardotto on Maranello-Modena in the last heat. Forè will start the Prefinal from the 14th spot of the grid, while Bernardotto from the 25th.

The list of 62 drivers present in KZ2 will be further narrowed down on Sunday morning with the second chance race that will name the remaining 6 finalists that will make it to the starting grid of the much awaited Prefinal.

KF Junior has also been very tight (35 drivers on track), and the victories of the heats went to the Spanish driver David Vidales (Energy-Tm), to the Russian Bogdan Fetisov (Tony Kart-Tm) and to the Swede Isac Blomqvist (Tony Kart-Vortex), who was later on handed a 10 seconds time penalty and for this reason Marzio Moretti (Tony Kart-Vortex) inherited the win. The two ladies protagonists of this category, the Russian Milen Ponomarenko (Lenzokart-Lke) and the Spanish Marta Garcia (FA Kart-Tm) have also been shining.

60 Mini (37 drivers) has also been very exciting with heats victories that went to Leonardo Marseglia on Evokart-Tm (two wins) and Mattia Muller on Tony Kart-Tm. The pole position in qualifying went to Federico Cecchi, on Tony Kart-Tm, who then obtained the second place in one heat. Mattia Michelotto came to the fore on Energy-Parilla thanks to two second places, Leonardo Caglioni, on Evokart-Tm, and Victor Majgaard on CRG-Tm, as both claimed a third place.