To be so successful in these three categories was very satisfying for Riccardo Longhi, the team manager of Birel ART Racing, and consolation for not having been able to challenge for the title of WSK Euro Series KZ2 Champion that he has held for the last two years. “For a factory team like ours, it is indeed important to demonstrate the quality of our chassis in all categories. KZ2 has been our specialty for a few years now and winning the WSK Euro Series for the third time in a row is a good indicator of our potential. But it’s even better when we can put in good performances in OK and OK-Junior, especially on the circuit that will soon host the World Championship. In OK, it was a good start for Karol Pasiewicz and Cristian Bertuca. However, Harley Keeble overtook them in the Final thanks to a sensational comeback after being deprived of his 4th time in Qualifying. He gained almost 30 places during the heats, then nine positions in the Prefinal and another five in the Final to finish 12th with a total gain of more than 40 places. Kirill Kutskov also did well in OK-Junior. He moved up 28 positions in the heats and his 7th place in the Final allowed him to join the top three of WSK Euro Series. I think we did a good job! We are going to take some well-deserved rest before attacking the preparation of the big international events which await us at the beginning of September.”

Oscar Targett
13th in Qualifying, 27th in the heats, 16th in the Final.

Matteo Massetani
15th in Qualifying, 24th in the heats, 19th in Final.

Karol Pasiewicz
10th in Qualifying, 15th in the heats, 20th in Prefinal and 22nd in Final.

Cristian Bertuca
13th in Qualifying, 22nd in the heats, underweight in Prefinal, 23rd in Final (+11 pl). 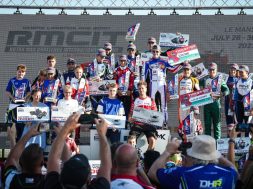 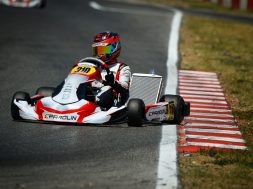 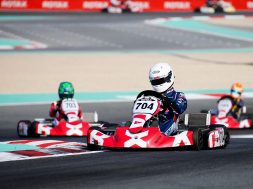