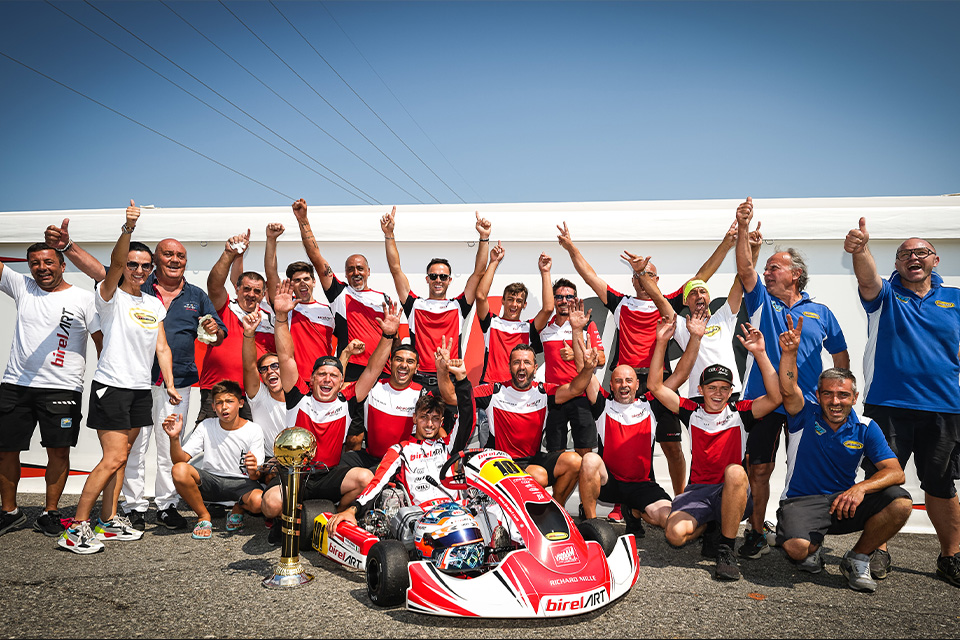 0
0   0
During the Qualifying sessions, Giuseppe Palomba, Kirill Kutskov and Zoe Potolea Florescu were confronted with an unusual situation that sent them to the bottom of the rankings. Despite this disadvantage, Palomba managed to win the KZ2 Final while Kutskov achieved an incredible comeback to 7th position in OK-Junior. Zoe regained 16 places during the heats. Cristian was in the top 10 in KZ2, Oscar Targett in the top 10 of the Championship, while Karol added to his experience. And Kilian made a promising start. The morale and determination of the whole team made it possible to overcome the difficulties and to achieve extremely positive results.

“The Birel ART Racing team showed admirable cohesion and dynamism this weekend,” declared its manager Riccardo Longhi with enthusiasm. “Fortunately, we were able to rely on top quality equipment in both categories. All together we managed to turn around the starting situation which was not very favourable for three of our drivers. We couldn’t imagine that Giuseppe Palomba would succeed in winning in KZ2 after being deprived of his time in Qualifying. Kirill Kutskov amazed us with his ability to climb from the back of the grid. All in all, the human and technical results of this first WSK Euro Series are positive. We can’t wait to get ready for the second round in a fortnight’s time in Sarno.”

Palomba’s real achievement in KZ2
Giuseppe Palomba made a rare progression at this level by first regaining 20 places during the KZ2 heats, then another nine positions in the Prefinal. He then finished with a relentless victory by leading the Final from start to finish, all without a single mistake. Oscar Targett can be pleased with his performance in Lonato. 7th in Qualifying, he maintained the pace in the heats to finish 12th in the Final and return to 9th in the Championship. Cristian Bertuca performed well after his 8th place. His last two heats were complicated, but he finished 9th in the Final after a very promising 10-place improvement. Karol Pasiewicz was fast in Qualifying, but dropped out in the first heat and started to fall behind. He maintained his position in the Final stages before a penalty for a badly positioned front fairing.

Kutskov surpasses himself in OK-Junior
Another achievement of the weekend was the exceptional comeback by Kirill Kutskov after his unfortunate 62nd position in OK-Junior Qualifying. In the first heat, he showed his ambition by reaching the top five with a gain of 17 places. The rest of the race confirmed the talent of the driver and the competitiveness of the equipment. 48 places were gained at the end of the heats, and his prowess continued until the 7th position of a very competitive Final. Also 7th in the Championship, Kirill regained 55 places during the meeting. Zoe Potolea Florescu also made incredible progress since her 64th place in qualifying. She managed to regain 16 positions in the heats despite a retirement at the start of the A-D heat. Zoe never gave up, but failed to qualify for the Final, not helped by another retirement in the battle in the Prefinal. She still managed to get into the top 10 of a heat after a 11-place climb. Kilian Josseron was also able to achieve this result and his potential was appreciated by the team. 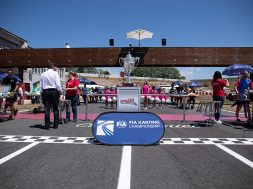 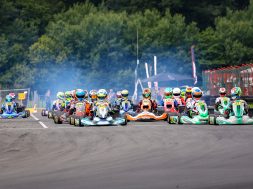 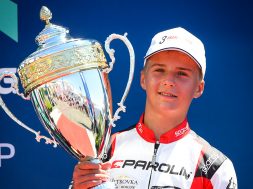