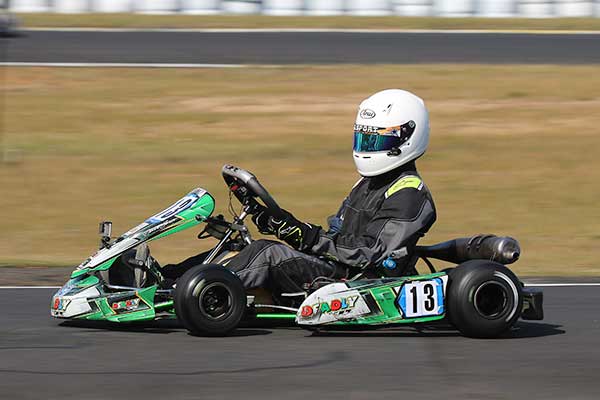 Home track driver Cody Leunen was the standout driver at the 57th running of the WA State Championships which were held at the Bunbury City Kart Club over the recent long weekend. Over 200 drivers were on hand at the south west venue which last held the championship back in 2012.

Cody Leunen would blitz the field in KA3 Junior to lead all 26 laps in his Arrow and win by over seven seconds. He would back that up by jumping into his Deadly chassis and winning KA4 Junior Heavy. He would have to settle for fourth place in KA4 Junior Light behind winner Max McRae, Luca Nici and Jack Clohessy who had an epic race in the final.

Sachen Smith Wei dominated Cadet 9 over the weekend to win from Chase Wildman and Campbell Thompson. Cadet 12 was a much tougher affair with Zane Rhodes fastest in qualifying whilst the heat wins were shared between James Micucci-Allen (heats 1 and 2) and Brandon Locke (heat 3).  Locke would take the lead from Micucci-Allen on lap 9 of the final and would maintain it until the finish. 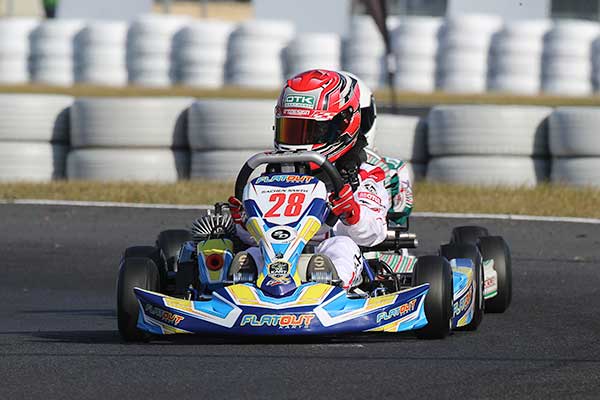 Daniel and Lewis Shugar headed the field in the opening fourteen laps of the TaG 125 Heavy final until their pair of CRG karts had a coming together on the main straight. Bayley Mickler and Simon Gwilliam would then take turns to lead the race until comeback racer Brenton Magri in his KF Kart hit the front after starting deep in the field and scored a great win.

TaG 125 Light provided some epic racing across the weekend but in the end local racer Brock Kenny proved too good in his KF Kart to win from the similar entry of Kip Foster with Adam Levi, who put in the drive of the weekend after starting in seventeenth, in third place. 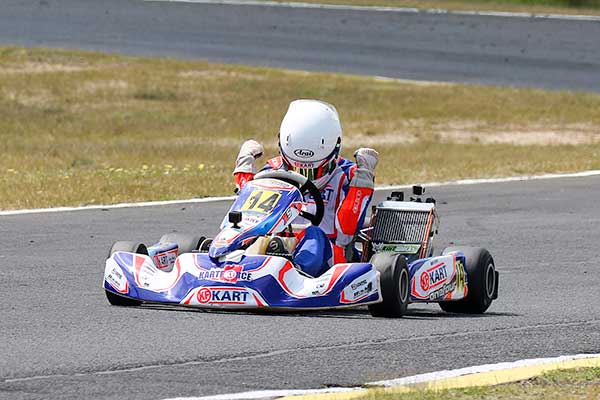 Courtney Gough was a popular winner in WA Open Performance. She had a thrilling duel with Jed Grigg and after several failed attempts for the lead she finally made the race winning pass two laps from the finish. 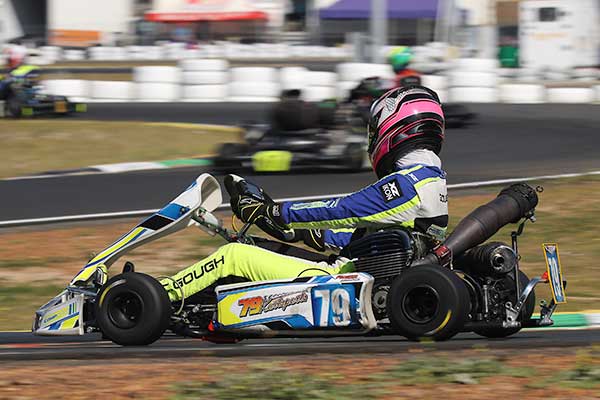 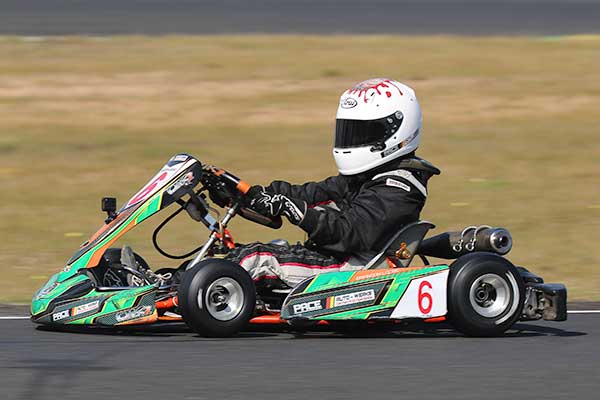 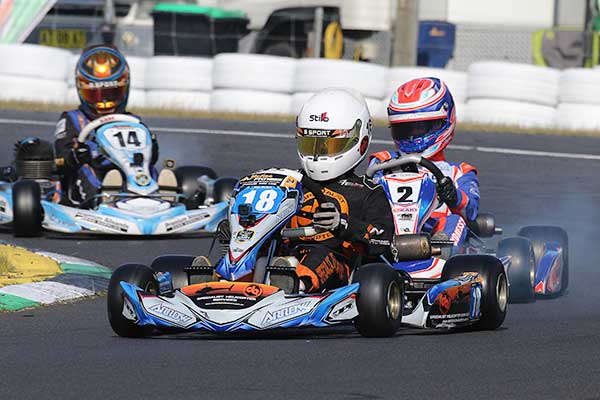 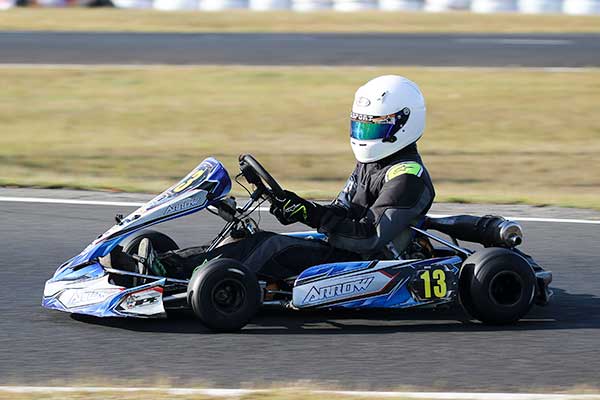 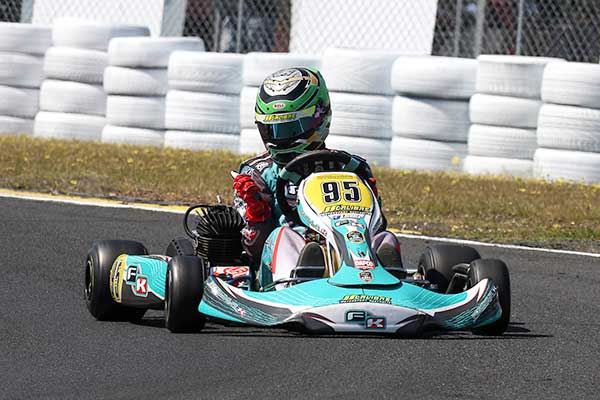 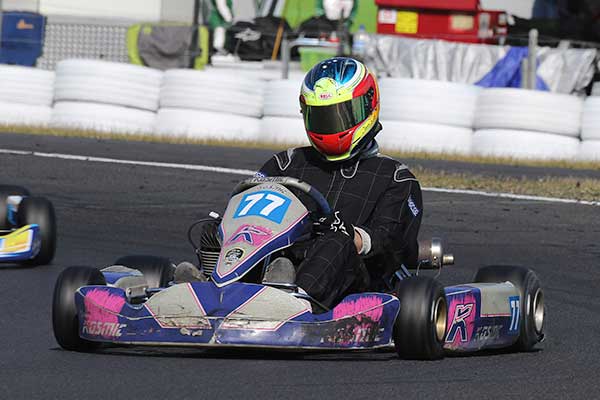 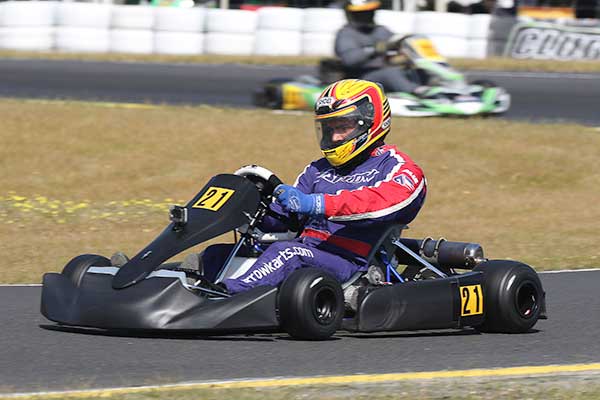 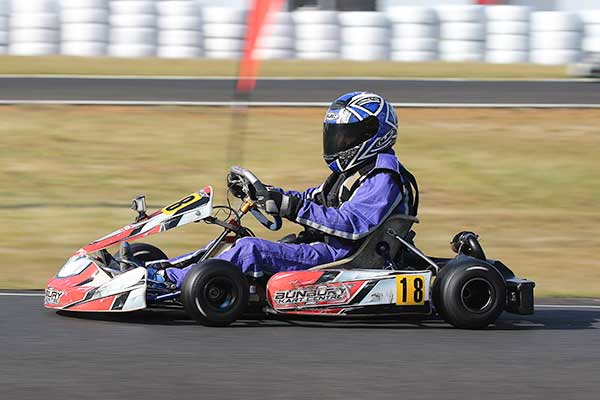 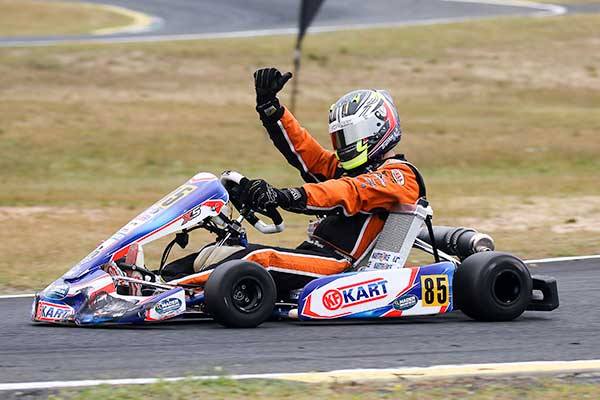