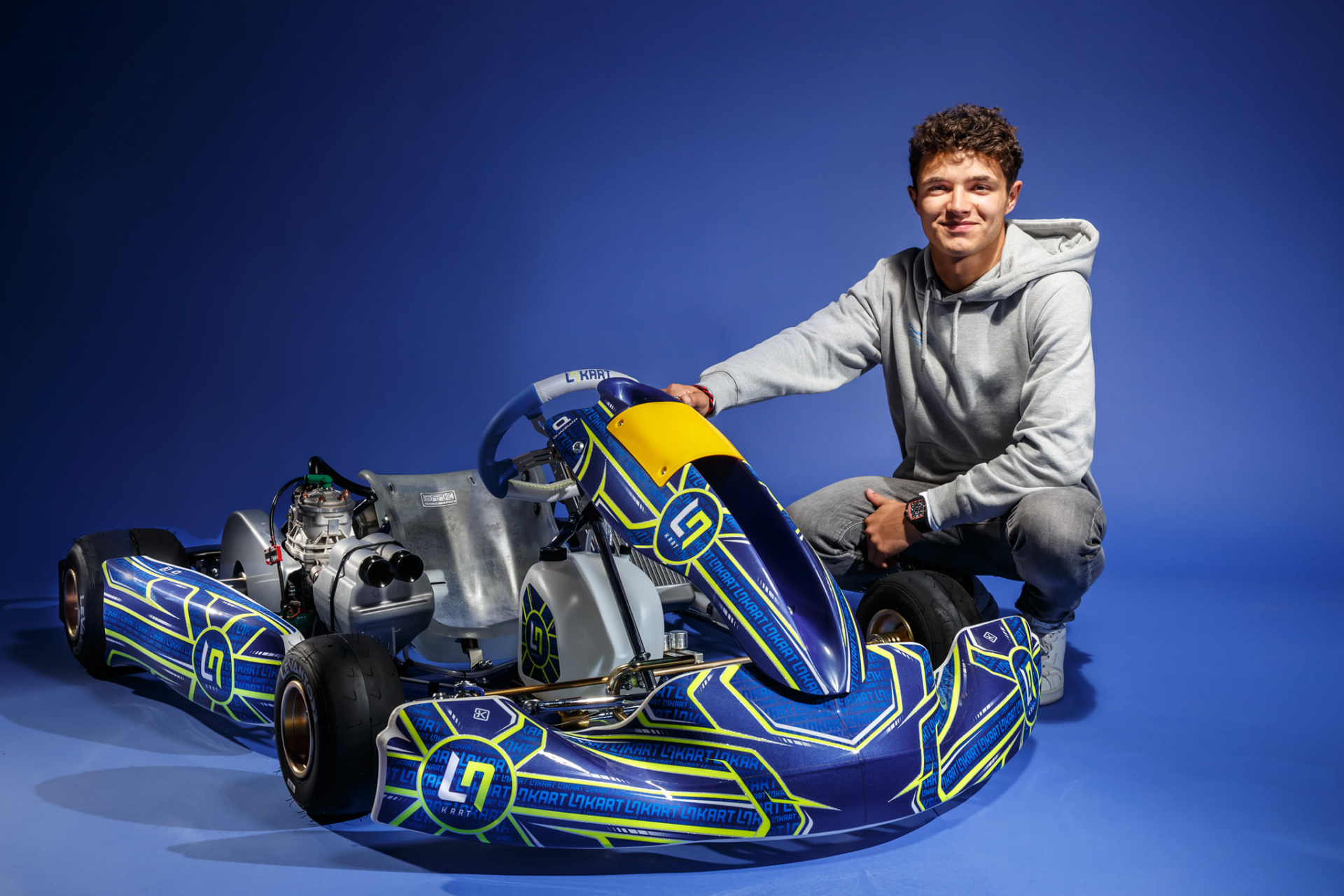 0
0   0
The Italian company leader in the karting field and the McLaren Formula 1 driver, after the prestigious successes achieved together in the early years of the British driver’s career, sign a historic partnership with the launch of a new brand, ready to go on track in the most important international competitions in 2022.
A new name is ready to play the scene of international karting: OTK Kart Group, one of the most successful companies in the history of this discipline, and Lando Norris, young talent of the McLaren Formula 1 team, join their forces for a brand-new project: LN Racing Kart.
After 12 months of intense work, the first kart, LN Four, designed by Lando Norris, is born. The newborn model, entirely made with 30 mm diameter tubes, will guarantee young drivers the absolute production quality, the reliability and the performance that have become trademarks of the OTK Kart Group, manufacturer of karts and accessories with extremely high-quality standards, of which it has the total control in every area of the production chain, from design to sale, passing through manufacturing.
The relationship between Lando and OTK Kart Group is an ideal circle that after years is coming full. In fact, since his very first steps in the karting world, Norris has been bound to OTK products: with the Italian chassis – brought to the track by the British team Ricky Flynn Motorsport – Lando conquered in 2013 the CIK-FIA European Karting Championship and WSK Euro Series titles in the KFJ category (today OKJ), and, in 2014, the CIK-FIA Karting World Championship in KF (today OK).
The strong bond maintained over time between Lando and OTK Kart Group, as well as the will of the British driver to return the trust he received at the beginning of his career, have spontaneously materialized in the new and exciting LN Racing Kart project, created with the same people with whom Lando has shared victories and titles.
LN Racing Kart will soon be on track: it will make its debut in international competitions in 2022 under the direction of Ricky Flynn Motorsport. The British team, in which Norris grew up as a driver in international karting competitions, aims to train new young talents who, in a possible future, could reach – repeating the path taken by Norris – the top of international motorsport: F1.
LN Racing Kart’s official colours will be navy blue and fluo yellow, the traditional colours of Norris’ helmet. The drivers, not yet announced, will compete in all the WSK and FIA Karting international events. LN Racing Kart products, available for MINI, Junior/Senior single-speed and shifter categories, will soon be available in the official worldwide sale network.
previous Adria in the sights of Kai Sorensen 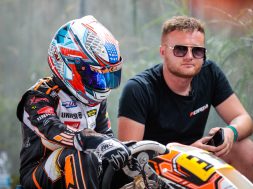 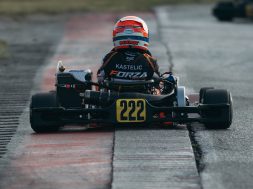 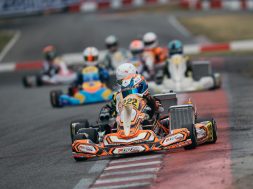